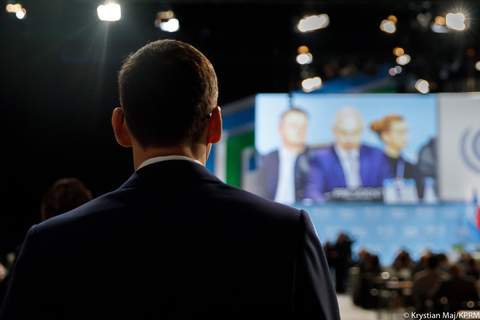 Dozens of delegates from four countries that forced the UN climate negotiations to weaken language around the acceptance of a major climate science report have ties to the oil, gas and mining industries.

At least 35 delegates from Saudi Arabia, Kuwait, Russia and the US are either currently employed or used to work for companies and organisations involved in the petrochemical and mining industries or lobbying on behalf of those industries.

On Saturday, the United Nations Framework Convention on Climate Change (UNFCCC) “noted” the findings of the Intergovernmental Panel on Climate Change’s (IPCC) landmark 1.5 degrees report at the annual talks in Katowice, Poland. Poor and undeveloped countries, small island states, Europeans and many others called to change the wording to “welcome” the study, Climate Home reported.