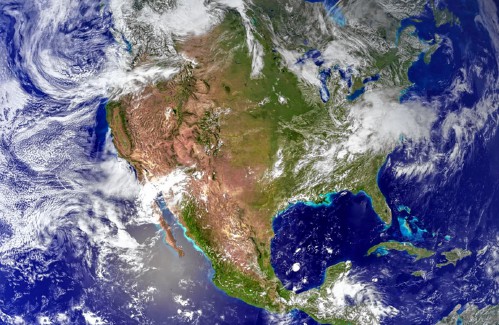 Republicans are killing the planet. We say that because President Donald Trump was their nominee and they own him – golden locks, who knows what stocks and barrel of childish tweets.

Yesterday brought the news that 52,000 square miles of permafrost – an area about six times as large as New Hampshire – in Canada’s Northwest Territories has melted, choking rivers with sediment and releasing vast volumes of methane.

Methane is a much more potent greenhouse gas than carbon dioxide, from 25 to 84 times worse by one estimate.

What did the Trump administration do as the permafrost was melting? It stopped requiring that the oil and gas industry, a powerful emitter of methane on its own, submit comprehensive data on the amount of methane it is releasing.

Last month, some 50 American cities set all-time-high February temperatures. On Feb. 24 it was 72 degrees in Boston; on Feb. 23 it was 65 in Concord, a record for the capital city. In each of the past three years the planet has set a new record average annual temperature.

Trump and his allies are gnawing away on the Clean Power Plan designed to curb carbon emissions from power plants, lifting or weakening regulations on coal mining and mountain top removal, and rolling back auto industry emission standards.

Trump’s promise to put the nation’s coal miners back to work, the New York Times says, is as likely to happen as the return of Nantucket’s whaling fleet.

Somalia, Kenya and other East African nations are suffering their worst drought in half a century. Millions are threatened by famine and the death toll is growing. Climate change is believed to be a factor.

Trump proposed cutting foreign aid and the State Department’s budget. He wants to reduce the EPA’s workforce by 20 percent and defund the agency’s climate change and clean energy programs.

Last year, the Alaskan village of Newtok voted to relocate. Rising sea levels, raging storms and melting permafrost had made its existence tenuous. Rising sea levels and more intense storms threaten many of the world’s coastlines and coastal cities, including Portsmouth.

What does the Trump administration do? Speed the permitting of the Dakota Access Pipeline to carry oil to Midwestern refineries and order the completion of the Keystone XL pipeline to carry Canadian tar sands oil to refineries in the south.

Both measures will lead to increases in greenhouse gas emissions and global warming.

The horrific condition of the nation’s air and water caused a public clamor that led to the creation of the EPA in 1970. Insidiously, the Trump administration wants to silence critics and prevent public outcry by controlling the information the public can see or not collecting it in the first place.

Trump issued a gag order barring EPA employees from releasing any data or studies to the public prior to their review by political appointees. Similar prohibitions were imposed on other agencies.

Gone from the White House website is any mention of climate change. Nationally, banks of researchers, data experts, computer code writers, librarians and other volunteers are working to archive as much of the agencies’ research and scientific data, paid for with public funds, as they can before it’s hidden or destroyed.

Trump’s war on the environment and information itself is under way. Republicans own that, too.