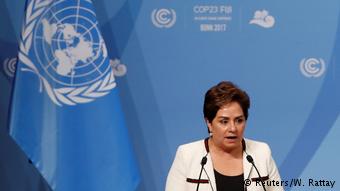 “I’m the only woman here,” noted Celestine Ketcha Courtes, mayor of a small town in Cameroon, looking to her left and right on the podium at a press conference of mayors on local climate action at the UN climate talks. Although she is laughing, she means business.

Although the United Nations climate change secretariat (UNFCCC) is led by a woman for the second time in a row — current Executive Secretary Patricia Espinosa, who followed Christiana Figueres — women are still vastly absent from climate change decision-making. And largely ignored by climate policies.

Only one out of three delegates at the last two climate conferences were women, according to a recent paper from the UNFCCC.

To bolster the role of women in climate change action, delegates have adopted the first Gender Action Plan at the 23rd “conference of the parties,” which took place from November 6 to 17 in Bonn.

Women activists and researchers hailed adoption of the plan.

“Without gender justice, world leaders won’t create successful climate policies because half of the population will be left behind,” she said.

It’s not the first time the international community has discussed how climate change and gender equality are connected — but it is the first time they have agreed upon a set of specific activities, indicated who the responsible actors are, and set a timeline for implementation, she explains.

In two years, delegates from the national governments will report back on the progress that has been made on gender justice.

Climate change is affecting everyone living on this planet. But women in particular will feel its impact, experts say. That’s because climate change exacerbates existing gender inequality.

“Women are not starting from an even playing field — economically, socially and politically. They are more vulnerable because of these constructs,” Gotelind Alber, co-founder of the nongovernmental organization GenderCC-Women for Climate Justice, told DW.

The majority of the world’s poor are women, meaning they have fewer resources to adapt to changing environmental conditions.

Women are also more dependent on natural resources for their livelihood. In developing countries, women are responsible for 60 to 80 percent of all household food production, according to the Food and Agriculture Organization.

When drought or floods destroy the harvest, women and girls are often the first to reduce how much they eat — sacrificing their diet for the well-being of the rest of the family, Lim Hwei Mian, from the Asian-pacific resource and research centre for women (ARROW), said. 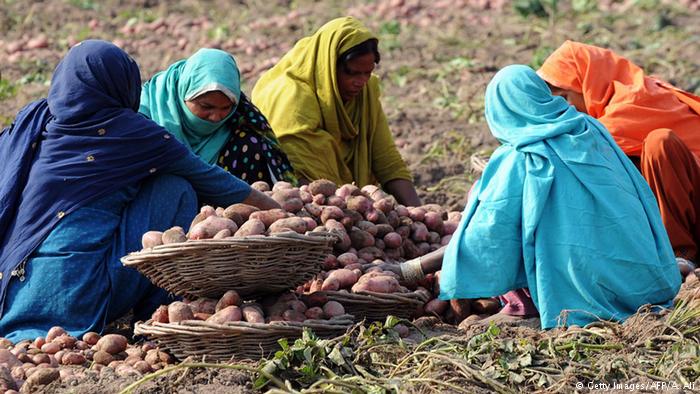 Add to that how in rural areas in many developing countries, it’s women’s duty to collect water. According to data from the UN, the combined hours of all women in sub-Saharan Africa fetching water is 16 million hours. Men, in comparison, spend 6 million hours on water collection.

With droughts becoming more frequent, women and girls would need to walk longer distances to collect water. This means they will lose valuable time to go to school, and face an even-greater risk of sexual harrassment or even assault at dusk or dawn, Lim Hwei Mian explained.

Women and girls are also more vulnerable to storms, floods and cyclones. According to a UN Population Fund report, they are 14 times more likely to die than men during natural disasters.

But many women counter that they are not victims — they are the solution. They can act as local agents of change, says Osprey Orielle Lake, executive director of Women’s Earth and Climate Action Network.

“Although women are impacted first and worst by climate change, they say, ‘we are not victims, we are the solution’ — and they are absolutely right,” Lake told DW.

Women have local knowledge of natural resources, and are often responsible for managing sustainable usage of those resources at home or in their community.

As a result, many women are already leading climate action on the ground, and in doing so are aiding the global fight against climate change. 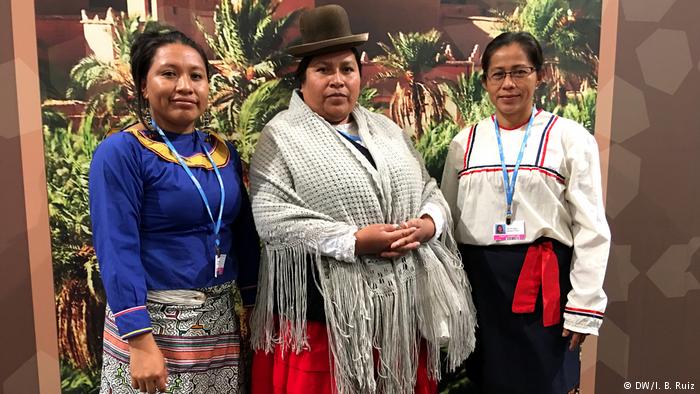 Take for example Tali Layango Arista, an indigenous woman from Peru. She is leading a reforestation project with her fellow female community members.

“When we trade with wood within our communities, we reforest the cleared area afterwards,” Arista told DW. Women are often “in direct contact with our forests and environment,” she added.

Women are not only more likely to protect the environment on a local level, but also on a regional and national level. Studies have shown that when women are in leading political positions, climate laws are more easily passed.

Cameroonian mayor Courtes is one of many examples of women in leadership positions, and their positive impact on the environment.

In 2014, she received the United Nations Public Service Award for providing potable water to all inhabitants of her city. The project was made possible by involving female residents, who manage consumption of water and other resources.

“I’m calling on the support of women because they are at the center of managing everything that is about climate change,” Courtes affirmed.