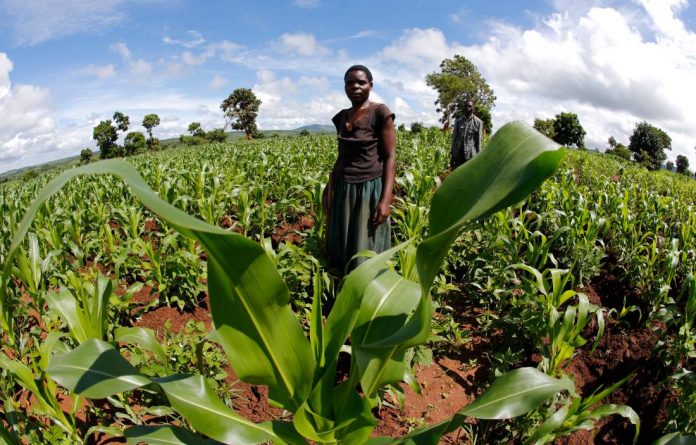 “Understanding how to get money where it matters is the challenge of the moment,” says one report author

In part, that is because international climate funds, under pressure to get donated funds into action, are opting to work with development banks and other big international agencies that can quickly spend millions – rather than with smaller-scale local governments and projects, said researchers at the London-based International Institute for Environmental and Development (IIED).

Weak local ability to design and evaluate projects, and to fill out complicated forms to access money are another problem, they said, as is the smaller scale of local projects, as vetting each one takes more time.

Another obstacle is the lack of a specific target in the Paris Agreement on climate change to spend more finance at the local level, the researchers said in a report released Tuesday.

“Understanding how to get money where it matters is the challenge of the moment,” said Clare Shakya, climate change director at IIED and one of the report’s authors.

Today, donors have given only 11 percent of the climate funds they promised, in part because of the obstacles, she said.

Richer nations have promised to donate or otherwise mobilise $100 billion a year by 2020 to help poorer countries switch to clean energy and adapt to problems such as worsening droughts, flooding and sea level rise.

But getting that money raised and flowing has proved challenging.

The United States, for instance, has promised $3 billion to the Green Climate Fund and so far delivered $1 billion. But President Donald Trump has suggested he would not make any additional contributions, and may pull the United States out of its international climate agreements.

The lack of international finance is a problem for countries such as Ethiopia, which has estimated it needs $7.5 billion a year to switch to clean energy and adapt to climate change, but is so far receiving between $100 million and $200 million a year in international support, said Saleemul Huq, a senior fellow at IIED.

Ethiopia is nonetheless moving ahead with a large-scale national push toward hydropower and wind, solar and geothermal energy, and on projects to adapt to climate change, including worsening drought, said Gebru Jember Endalew, the programme coordinator for Climate Change Forum-Ethiopia and the new chair of the Least Developed Countries group in international climate change negotiations.

The east African nation is saving money by incorporating its clean energy projects into its national plans, rather than carrying out each piece of the effort as a separate internationally funded project, he said.

Such work “needs to be part of the development plan of the country,” he said. “It needs to be managed there. It’s much less costly than using consultants.”

But Paul Steele, IIED’s chief economist, warned that donors sometimes balk at directing funding into national plans, arguing they don’t trust the systems for accounting for it.

Endalew said poor countries have little option but to push ahead on climate change adaptation efforts as much as possible on their own because the impacts of climate change “are already more severe” than anticipated, with the world just 1 degree Celsius above pre-industrial temperature levels.

“Imagine when they’re 3 to 4 degrees” higher, he said. He said the Least Developed Countries group would continue to push for swift action on climate change because “our main goal is for the world to remain safe”.

Some examples of how international climate finance could reach local level – and the most vulnerable people – are emerging, however.

In Mali and Senegal, a three-year effort by IIED and the Near East Foundation has led to the creation of six $700,000 funds to help local communities build resilience to climate variability and extreme events.

The funds, administered by local governments, allow communities to choose the actions they think will most help them. In Senegal, for instance, a salt harvesting community has used money to plant salt-resistant trees to help protect the estuary where they work.

The effort, part of the UK-funded Building Resilience to Climate Extremes and Disasters (BRACED) project, aims to help local governments and communities develop better skills to manage climate funds and to use money in a transparent and cost-effective way.

“We really need to focus discussion on making sure that (climate finance) gets to the right places,” said Archie Young, the UK’s lead climate negotiator, during a discussion at IIED.