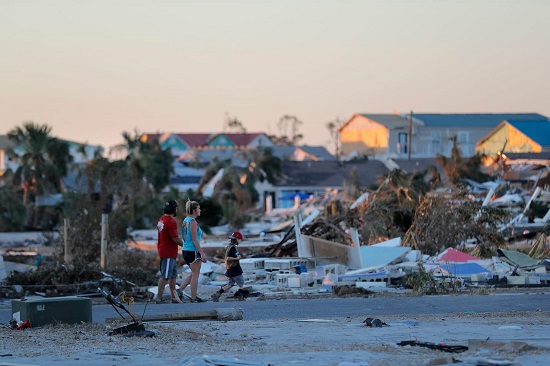 Hurricanes like Michael show why we can’t ignore climate change

This past week was a grim one in climate history, by any measure.

First, an international group of scientists released a long-anticipated report (IPCC Special Report on Global Warming of 1.5°C) detailing in excruciating detail the extra damages we can expect unless we slam our foot on the fossil fuel brakes right now. Then, just a few days later, record-breaking Hurricane Michael came barreling out of the Gulf of Mexico with a late-breaking intensification that transformed the Florida Panhandle into a landscape straight out of a horror movie.

The fact that both events occurred within a few days of each other is pure coincidence, of course. But it does leave the feeling that Nature just put one or more planetary-scale exclamation marks on the main takeaway from the IPCC report: Act now to reduce emissions, or suffer the consequences!

Note: For more details about the IPCC Special Report on Global Warming of 1.5°C see:

Links to additional article and opinion pieces about the IPCC’s Special Report are included in the 2018 SkS Weekly Climate Change & Global Warming News Roundup #41 posted on this site yesterday.

Opinion of the Week…

Climate is not just changing – it is breaking down 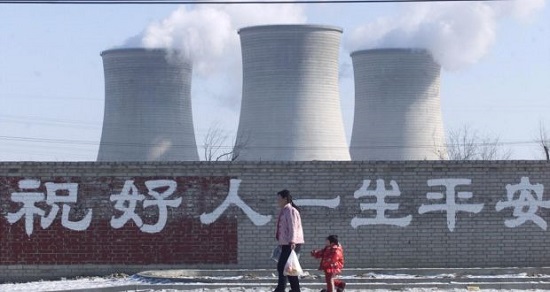 It matters hugely how this week’s news from the Intergovernmental Panel on Climate Change is framed in public debate. The most authoritative scientists tell us that unless global warming is limited to 1.5 degrees above pre-industrial times, the world faces extreme weather events, food shortages, wildfires, dying coral reefs, droughts, floods and poverty for hundreds of millions.

To avoid this outcome, the world economy needs a transformation of unprecedented speed and scale, involving far-reaching changes in society. We have only 12 years, they say, to achieve it by making huge strides towards eliminating greenhouse gases arising from fossil fuels like coal, oil and natural gas. The report underlines the qualitative difference between the 1.5- and 2-degree reductions previously seen as less stark. The case for radical action is reinforced by its finding that on present trends we are heading for more than a 3-degree increase by 2100 – catastrophic territory.

Climate is not just changing – it is breaking down, Opinion by Paul Gillespie, Irish Times, Oct 13, 2018 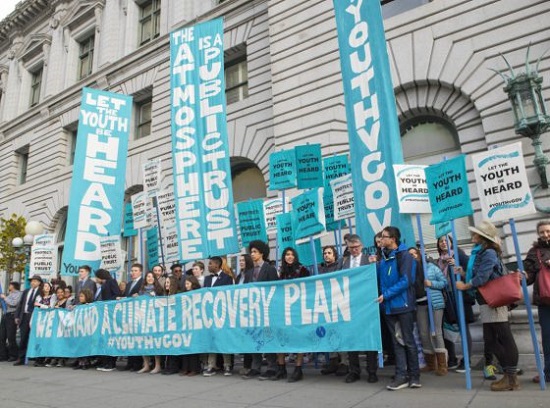 The Trump administration has filed another extraordinary appeal in its attempt to avoid a trial in the landmark youth-led climate lawsuit, Juliana v. United States.

The government filed its third writ of mandamus petition to the Ninth Circuit Court of Appeals to stay district court proceedings pending the resolution of a separate petition it plans to file with the Supreme Court next week. The Ninth Circuit denied the first two requests for a writ of mandamus—a rarely used and even more rarely approved judicial appeal that asks a higher court to overrule a lower one before the conclusion of a case—and the Supreme Court has already once denied a request by the federal government to halt discovery.

A writ of mandamus is usually granted only under extraordinary circumstances and is considered a legal last resort. The Ninth Circuit said after the first two requests  that the government has not shown it would be meaningfully burdened by discovery or a trial.

The trial is scheduled to begin Oct. 29 at U.S. District Court in Eugene, Ore.

Julia Olson, co-counsel for the plaintiffs, said there is nothing new in the government’s latest petition.

“To suggest that our government suffers harm greater than its citizens by having to participate in a trial when its youngest citizens bring legitimate claims of constitutional harm before our Article III courts flies in the face of democratic principles,” said Olson.;

Toon of the Week 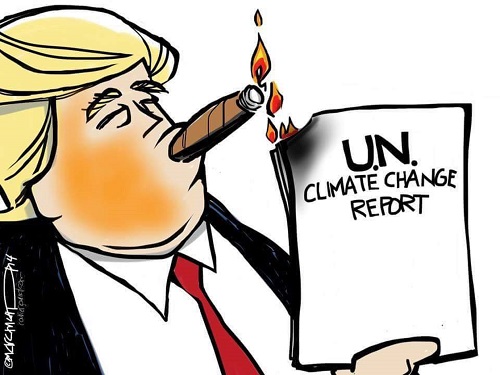 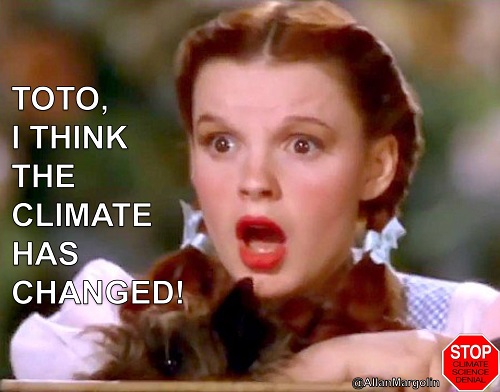