A chronological listing of news articles posted on the Skeptical Science Facebook Page during the past week, i.e., Sun, Jun 16 through Sat, June 22, 2019

A Degree of Concern: Why Global Temperatures Matter

Part 1 of a Two-Part Series

If you could ask a sea turtle why small increases in global average temperature matter, you’d be likely to get a mouthful. Of sea grass, that is.

Of course, sea turtles can’t talk, except in certain animated movies. And while on-screen they’re portrayed as happy-go-lucky creatures, in reality it’s pretty tough to be a sea turtle, dude (consider the facts), and in a warming world, it’s getting tougher. 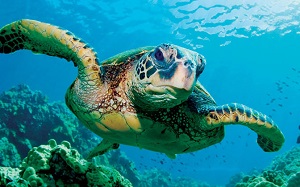 Since the temperature of the beach sand that female sea turtles nest in influences the gender of their offspring during incubation, our warming climate may be driving sea turtles into extinction by creating a shortage of males, according to several studies.1