Earth plays it cool, but global warming is unrelenting

The Met Office annual global temperature forecast for 2021 suggests that next year will once again enter the series of the Earth’s hottest years.

The average global temperature for 2021 is forecast to be between 0.91 °C and 1.15 °C (with a central estimate of 1.03 °C) above the average for the pre-industrial period (1850-1900): the seventh year in succession when temperatures have exceeded or been close to 1.0 °C above pre-industrial levels.

The Met Office global temperature forecast for 2021 is slightly lower than some previous years since 2015, largely because of the influence of La Niña in the tropical Pacific, where sea surface temperatures are 1.0-2.0 °C below average. La Niña is the opposing side of El Niño and has a temporary cooling effect on global average temperature.

Met Office scientist, Dr Nick Dunstone said: “The variability of the La Niña / El Niño cycle is the second most important factor in determining the Earth’s temperature but it is simply dwarfed by the forcing effect of increasing greenhouse gases in the atmosphere.”

The series of warmest years began in 2015; the first year when global temperatures exceeded 1.0 °C above the pre-industrial period (1850-1900).  The forecast is based on the key drivers of the global climate, but it doesn’t include unpredictable events such as large volcanic eruptions, which would cause a temporary cooling.

Refusing to be distracted by a crisis that has given us apocalyptic wildfires and a devastating hurricane season, Trump and his Republican enablers have kept their eyes on the prize. 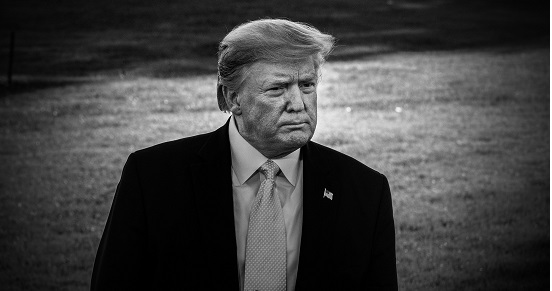 Throughout his presidency, President Donald Trump seemed to consider himself better suited for a throne than the Oval Office. But judging by his all-hours tweeting, it’s possible the only throne he could find was made of porcelain. So perhaps it’s no surprise that after spending four years denying climate change and rolling back environmental protections, one of his last moves as his administration circles the drain is to mandate that showers and dishwashers be allowed to use excessive amounts of water.

Unlike his regulatory rollbacks at the Environmental Protection Agency, where the polluters who helped elect Trump simply handed him a wish list that the former lobbyists he hired to run the government tried to grant, Trump totally owns this anti-environmental move. It is Trump alone who has been obsessed with the allegedly low water flow from showers and toilets.

Trump’s toilet obsession is a metaphor for years of flushing climate progress down the drain, Opinion by Michael E Mann, NBC News, Dec 19, 2020 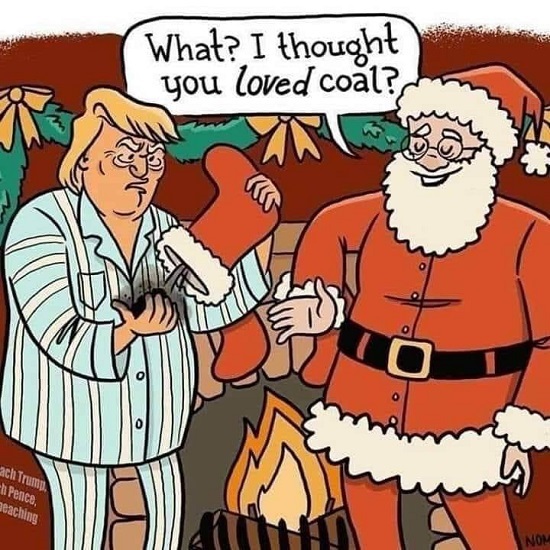 CLAIM: “It’s a good thing that we are putting some more carbon dioxide in the atmosphere. The scientific method has not been applied in such a way as to prove that carbon dioxide is causing the Earth to warm.”

KEY TAKE AWAY: Atmospheric CO2 levels have increased by 47% since 1850, due to agricultural development, the burning of fossil fuels, and other human activities. Since 1950, approximately 100% of the global warming trend is attributed to increased CO2 emissions. Although CO2 has increased plant growth in some regions of the world, it can also negatively impact natural ecosystems and human societies. 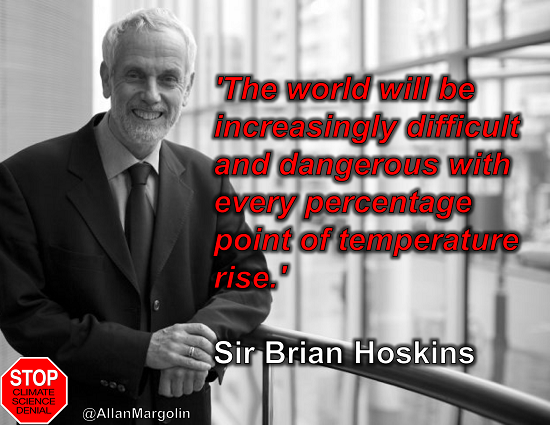 Professor Sir Brian John Hoskins, CBE FRS, is a British dynamical meteorologist and climatologist based at the Imperial College London and the University of Reading. Wikipedia