The polls are open today in Northern Ireland for Assembly elections, in case you haven’t heard.

It’s a 90-seat legislature and analysts are projecting there’s a real chance of a landmark victory for Sinn Fein if it wins the majority of seats.

We won’t know the outcome for a few hours, so in the meantime we wanted to dig into key environmental problems in Northern Ireland, where parties stand on them, and what could happen next once we have an idea of the final outcome.

Okay, so if you had to pick the top 3 main environmental issues for Northern Ireland, what would they be?

Great question – and one we posed to Friends of the Earth Northern Ireland Director James Orr.

Similarly to the Republic of Ireland, agriculture takes up the largest piece of the emissions pie in Northern Ireland.

The sector accounts for 27 per cent of its total emissions, and that’s been growing in tandem with the ongoing intensification of agriculture.

Outside of carbon dioxide, ammonia levels are “sky-high” in Northern Ireland, according to Mr. Orr – which poses a serious threat to human health.

Nitrates and phosphates are also “through the roof”, he added, which leads to deteriorated water quality.

The second big threat he outlined was that of extractive industries. Northern Ireland has become a hot spot for companies looking to extract minerals like gold and there’s also the issue of unauthorised quarrying, which has a negative impact on both local areas and the communities that live in them.

And speaking of local communities – the third main problem Mr. Orr identified was what he called a “death by a thousand cuts” scenario when it comes to ongoing small-scale ecological damage being done to local ecosystems.

Zooming out for a wider context before we go any further – Northern Ireland is also lagging behind other parts of the United Kingdom when it comes to the hard numbers of emissions reductions.

Between 1990 and 2019, the United Kingdom as a whole reduced its emissions by 44 per cent. However, within that same time period Northern Ireland on its own saw its emissions drop by only 18 per cent.

Doesn’t sound great, so. What are climate campaigners asking for then when it comes to parties’ policy on the environment?

By and large, climate justice has unfortunately been eclipsed by constitutional issues in this election, such as border polls and the Northern Ireland Protocol, according to Mr. Orr.

“We need to play catch up really quickly in Northern Ireland and we just haven’t seen that in the debates with political parties,” he told The Green News.

So we stuck to going through each party’s manifesto to get a sense of where they stand on environmental issues – and two things kept cropping up that caught our eye: the matter of an independent Environmental Protection Agency (EPA) and a ban on fossil fuel exploration.

As it stands, there’s something called the Northern Ireland environmental agency. That body sits within the Department of Agriculture, which is also tasked with the growth of that sector.

Given that, as we noted above, agriculture is Northern Ireland’s largest emitting sector, having that agency sit within an Agriculture Department presents an issue around a conflict of interest.

The only way to ensure then that a dedicated environmental agency can operate to the best of its ability is to make sure it’s independent, which is what organisations like Friends of the Earth Northern Ireland are calling for.

(As an important aside, this was initially promised when the Northern Ireland Executive was restored in 2020 after a three-year hiatus under the New Decade, New Approach agreement – but an independent EPA is yet to come to fruition).

Parties like Sinn Fein, Alliance and the Green Party have also nailed their colours to the mast when it comes to banning fossil fuel exploration.

Sinn Fein had previously introduced an Onshore Fracking (Prohibition) Bill – but at the moment it’s stuck in Committee until there’s a new Northern Ireland Executive.

To date, there are currently two applications for petroleum licences that are sitting within the Department of the Economy – and activists have been keeping a close eye on any signs of where they might be headed.

So, what happens next?

Good question. First off, we have to see what the results are.

There is the real possibility that the Democratic Unionist Party (DUP) will not take its place amongst the Northern Ireland Executive following this election.

If that’s the case, there’s a governance vacuum that will open up in Northern Ireland that could go on for weeks, months or longer – and that would mean a total standstill for any new policy or legislation to address the climate and biodiversity emergencies.

The other concern that James Orr has is though there might not be an Executive in place, secretaries and civil servants can still move ahead with planning and infrastructure issues.

That happened the last time Northern Ireland was without an Executive, and the decisions made “weren’t very sustainable,” he told The Green News.

But how exactly that might play out – well, we’ll have to wait and see.


Blue hydrogen is often touted as a low-carbon energy source, and has recently been flagged by some about as a Read more


“We will stop this toxic industry”: Protesters march against mining 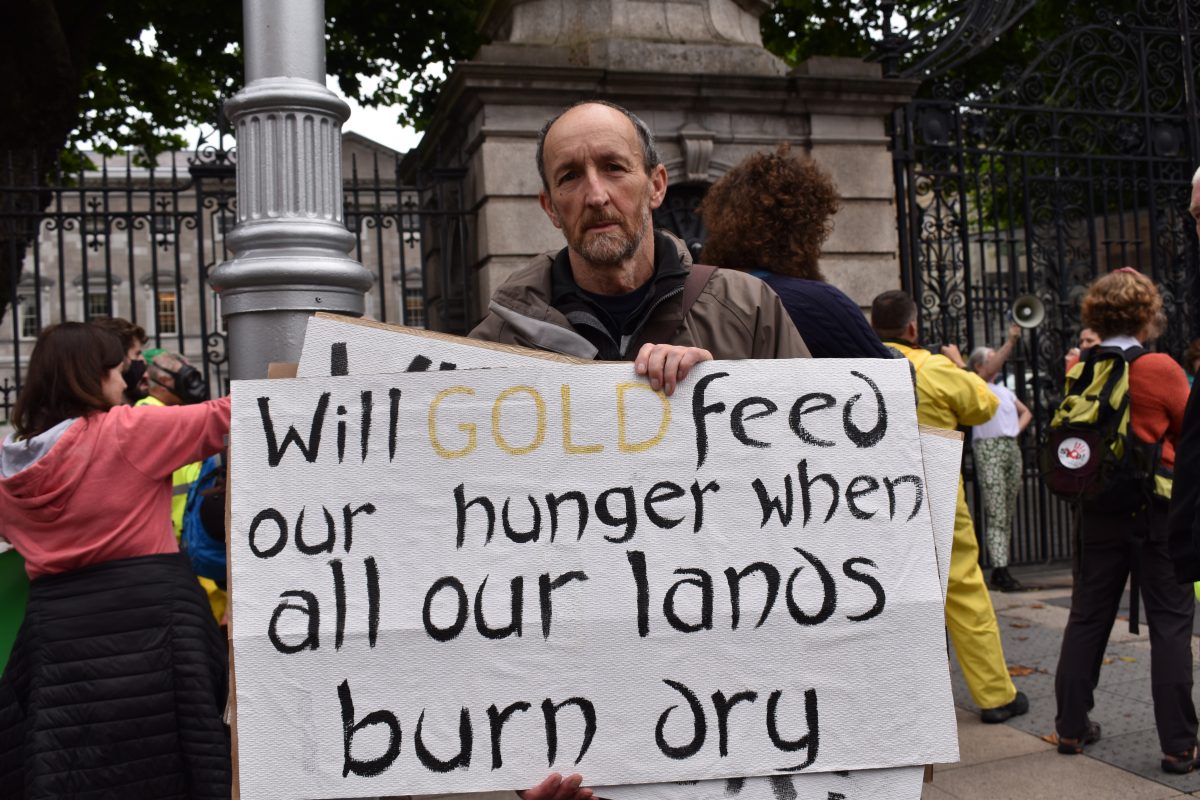 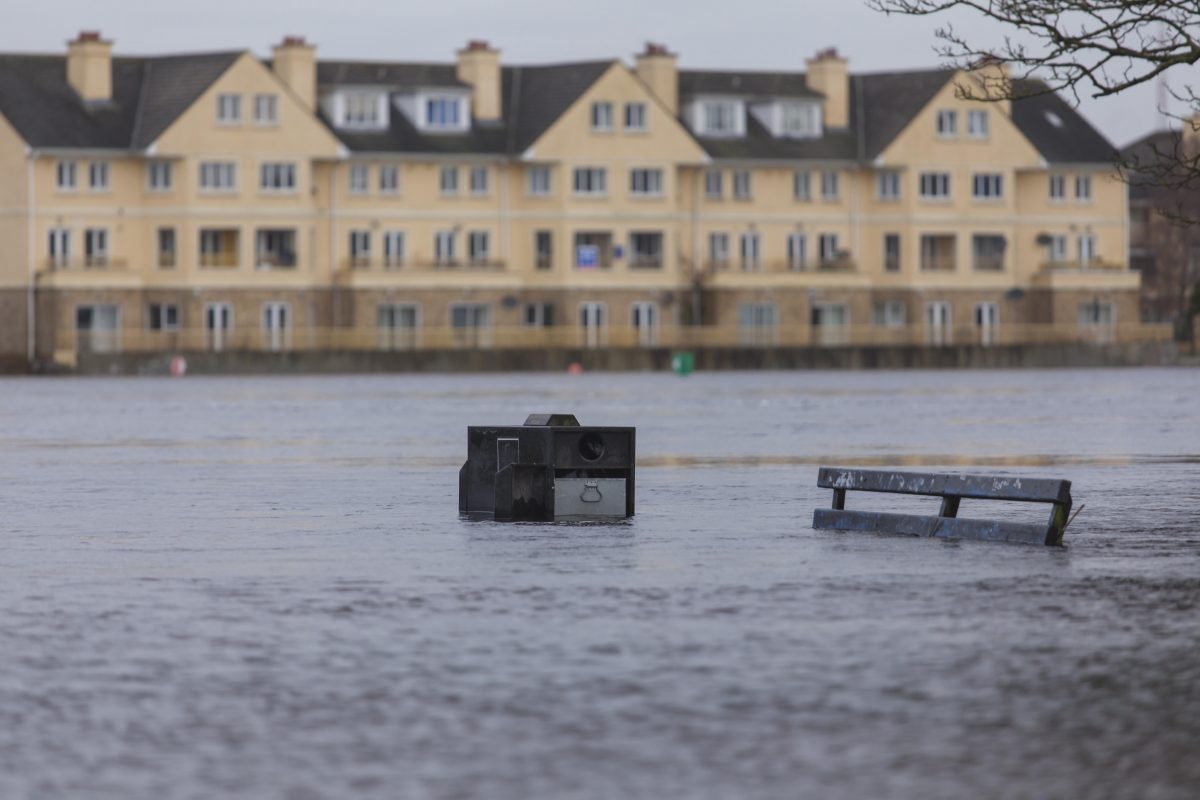 August 2nd, 2018 The summer of 2018 has seen unpredictable weather events moving from one extreme to the other, with Read more


Gallery of Game of Thrones Locations in Ireland 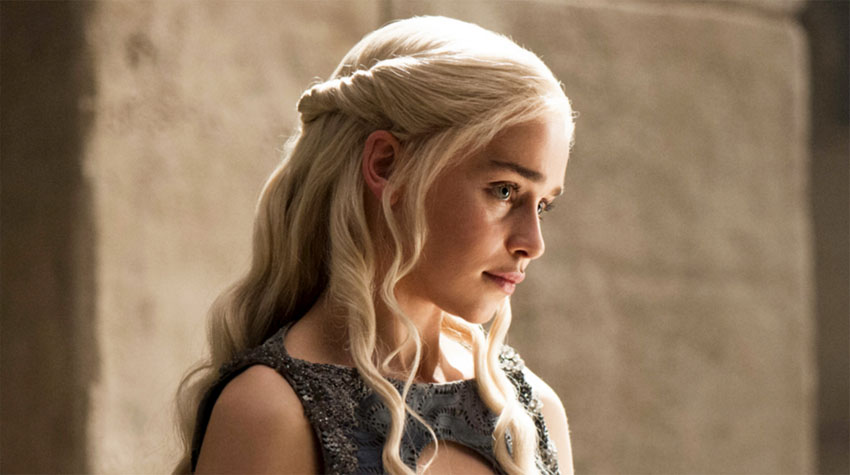