Home Science Extreme weather A large wildfire has been burning in Greenland for more than a... 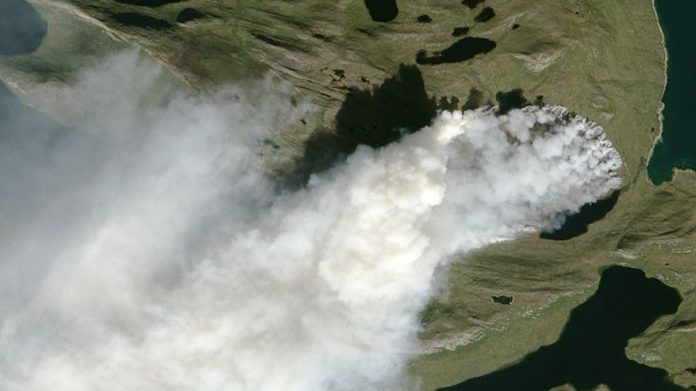 If shrubbery and peatlands catch on fire on a sparsely populated island that’s synonymous with snow and ice, will anyone notice?

The answer, thanks to satellite monitoring, is an unequivocal “yes.” During the past several days, scientists have been keeping close tabs on an unusually large wildfire in southwest Greenland, about 90 miles northeast of the town of Sisimiut. This is one of at least two fires currently burning in Greenland.

While fires are not unheard of along the ice-free edges of the island, the large one near Sisimiut is noteworthy for its size and duration, scientists say. Wildfires in Greenland are outpacing past years in terms of the number of satellite-detected incidents.

The current fire is the largest wildfire spotted in Greenland since a NASA satellite instrument was turned on in 2002.

While most of Greenland is covered by snow and ice, the edges of the island are covered by grasses, shrubs, mosses, and other vegetation that, when sufficiently dry, can burn.

According to NASA, satellites first detected evidence of the fire on July 31, 2017. The Moderate Resolution Imaging Spectroradiometer (MODIS) instrument and the Suomi NPP satellite’s instruments collected daily images of smoke streaming from the fire over the next week.

An analysis from Stef Lhermitte of the Delft University of Technology in the Netherlands suggests that NASA’s MODIS instrument has spotted more wildfire activity in Greenland in 2017 than it has during any other year since the sensor began collecting data in 2000.

The fire may be burning through peat, which would make it particularly destructive, since peatlands store large amounts of greenhouse gases, such as carbon dioxide and methane.

It is not clear what triggered the fire, though it may have been human-caused since hunting and fishing are popular at this time of year.

Ruth Mottram, a climate scientist at the Danish Meteorological Institute, said the fire is occurring in an area “popular with hunters.”

“I spoke to a Greenlandic journalist today who had spoken to the fire service, they have apparently also suggested the two [fires] currently burning are most likely human-caused fires,” Mottram said in an email.

She also suspects it’s a peat fire, saying: “I have not been to this area, but it seems very likely it is a peatland area given other locations I’ve visited.”

The area where the large fire is burning has been drier than average this year, with much less precipitation than usual in July, for example.

To wrap up: wildfires have occurred in the past over Greenland but 2017 is exceptional in number of active fire detections by MODIS pic.twitter.com/2HGaVieTEe

Mottram hesitated to blame the fire on any climate change trends, though the Arctic is warming rapidly thanks to human-caused greenhouse gas emissions.

“It’s an arid area – and these low rainfall periods happen,” she said. “We can say that the mean temperatures in Greenland have been increasing though, based on observations.”

Jason Box, a climate scientist who also closely studies the Greenland Ice Sheet, said the ongoing fires “are not abnormal,” but that the increase in shrubbery in the Arctic is a climate change-related trend that provides more fuel for fires to burn.

Box said that studies have shown that there could be a “sharp increase in fire probability with increasing summer temperature,” and that fire frequency is expected to increase as global warming continues.

Scientists are currently deployed across the Greenland ice sheet during the field campaign season, trying to get a better handle on how much of the ice sheet is going to melt, and how quickly, since this will help determine the fate of coastal cities worldwide from sea level rise.

The wildfire near Sisimiut began during that period of mild weather, illustrating the link between temperatures and wildfire. 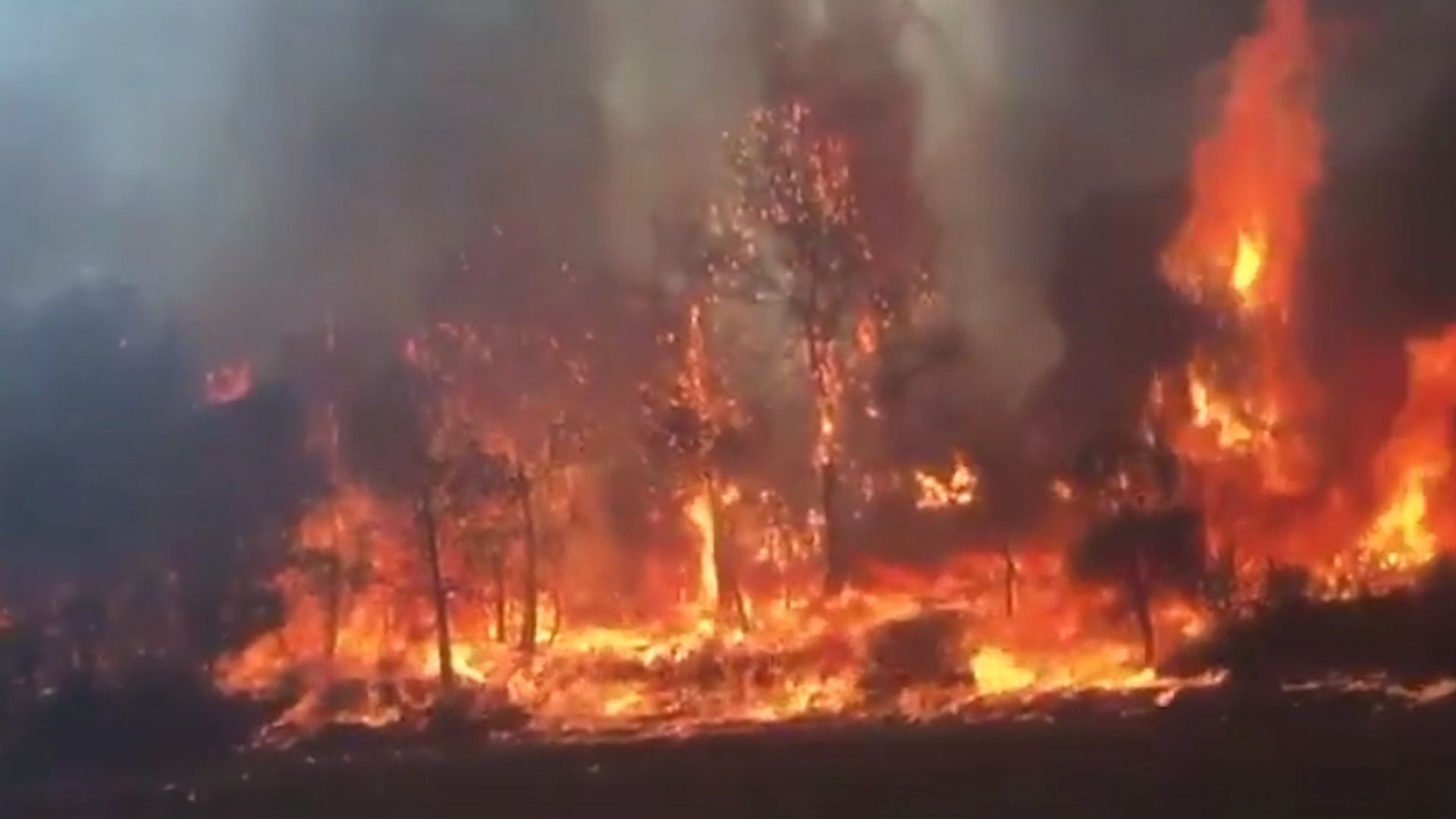