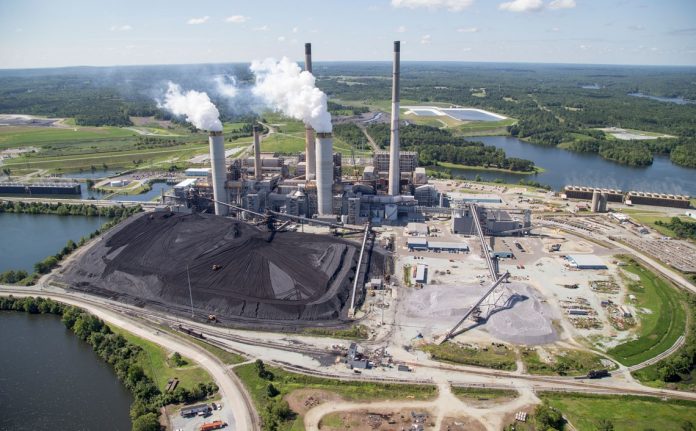 The EPA is evaluating requests from power utilities and others to possibly modify two rules governing how utilities manage their coal ash waste.

The public profile of this lobbying grew last week after a ranking EPA official resigned and then released a letter criticizing EPA activities under President Trump and EPA Administrator Scott Pruitt.

“The new EPA Administrator already has repeals of 30 rules under consideration,” wrote Elizabeth Southerland, the former director of science and technology in the EPA Office of Water.

One rule under the gun, she said, “is the steam electric rule promulgated in 2015 after EPA spent years collecting data on power plants, millions of dollars conducting engineering and economic analyses of those data, and months responding to extensive public comment.”

“The objective of the 2015 rule is to prevent repeats of the many environmental catastrophes caused by the failure of power company coal ash ponds, the most recent being the 70 mile long Duke Energy spill into the Dan River of North Carolina,” Southerland added, referring to the 2014 spill that prompted passage of state legislation requiring Duke Energy to either dig up or safely store 100 million tons of coal waste accumulated across this state.

A plea for changes

The Utility Solid Waste Activities Group, a utility trade group, has petitioned the EPA to revise the Effluent Limitations Guidelines and Standards rule. The group, representing 63 energy companies and three national energy company trade associations, says the rule is inconsistent with President’s Trump’s regulatory reform agenda, will do financial harm to the utility and coal industries, and also affects the large and small businesses that support and rely upon those industries, affecting the availability of jobs.

“The cost issues are exacerbated by EPA’s overly ambitious assumptions about facilities’ ability to comply with the limits imposed in the Rule,” the trade group petition says.” In fact, in many instances, facilities are not able to meet the limits with the technologies that EPA identified as the “best available technology economically achievable.”

The rule restricts discharges of metals such as arsenic, lead and mercury into water from coal-fired power plant waste or operations. Duke Energy supports EPA’s proposal to postpone some compliance deadlines while the agency re-evaluates any changes to the rules.

At the same time, the utility is taking aggressive steps to comply with all state and federal requirements concerning coal ash, utility spokeswoman Dawn Santoianni said.

“Duke Energy supports EPA’s regulation of [coal ash] as non-hazardous waste, and has been diligently working on closing ash basins and complying with all the requirements in the federal rule and under state law,” Santoianni said. “We are implementing a number of measures to enhance ash management across our system, including equipment upgrades, conversion to all dry ash handling, building new lined landfills and permanently closing ash basins.”

A separate petition filed by the utility trade group is attempting to convince the EPA to revise its 2015 U.S. Coal Combustion Residuals Rule, which sets federal guidelines regarding the design and placement of sites storing coal ash waste. The Utility Solid Waste Activities Group is asking the EPA to delay some deadlines for compliance with those rules too.

The coal residuals rule labels coal ash a non-hazardous waste but sets minimum criteria for the safe containment of the waste in active or inactive storage sites. It requires utilities to close impoundments that are polluting groundwater, clean up contaminated water, line new impoundments and keep away from locations where the risk of coal ash contaminants escaping might be greater, such as floodplains and earthquake zones. 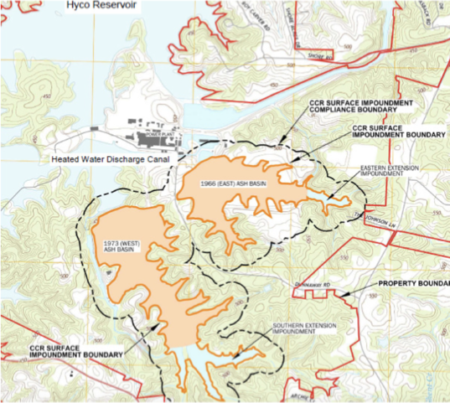 The utility group wants EPA to delay some rule deadlines until a federal law allowing states to write permits for coal ash impoundments can be enacted, something North Carolina regulators are pursuing. More substantially, wants EPA to reconsider coal ash management requirements whose costs might diminish industry’s demand for coal, a fuel source that President Trump formally champions, in part with his order that federal agencies trim, where legal, regulations that “unnecessarily” hinder its use.

“Put simply, if there is no cost-effective option to manage … the byproduct from the combustion of coal—the use of coal to produce power is significantly burdened, and the economic viability of coal-fired power plants is jeopardized,” states the trade group’s petition seeking revisions.

In one of its many pending legal actions against Duke Energy, SELC just this month filed an enforcement action in federal court related to the residuals rules. On behalf of the Roanoke River Basin Association, it is asking the federal court to force the utility to dig up 19 million tons of coal ash at its Roxboro facility in Person County, where it stores some ash in a landfill on site.

“Duke Energy wants to leave its coal ash sitting in over 60 feet of groundwater and in a floodplain on the banks of Hyco Lake,” SELC senior attorney Frank Holleman said when announcing the suit.

Duke Energy had argued repeatedly that it meets all state and federal requirements for closing its coal ash impoundments. And it too has turned to the courts to try to advance its position.

In May, Duke filed legal action against Roanoke River Basin Association asking a federal judge to rule that its coal-fired plant in Person County is not polluting groundwater. It accused the “advocacy group” of attempting to improperly impose pollution standards from the U.S Clean Water Act.

The nonprofit environmental groups that SELC represents can leverage multiple laws to try to influence how Duke Energy contains its coal waste, including the state’s Coal Ash Management Act, Holleman said. Any big revisions of federal rules could affect citizen recourse, he said.

“It all depends on what portions of rules might be changed or delayed,” he said.