Home Science Energy A view from the top: The growing role of scientists. 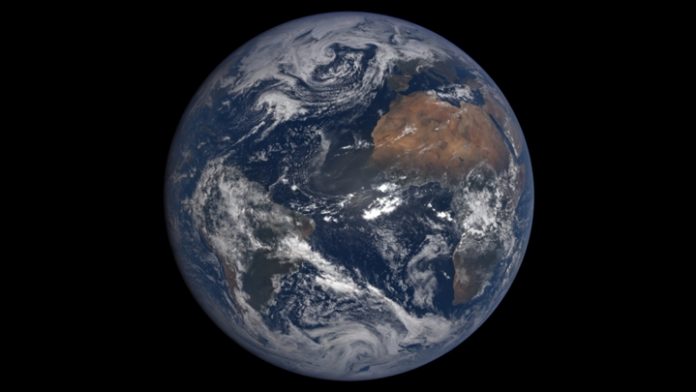 Op-Ed: View From the Top

The “March for Science” planned for April 22 in Washington has become a moment when science recognizes it must reclaim its rightful seat as protector of objective truth. The march is not about politics. It is about not throwing away our great engine of truth. And a working engine it is, gaining purchase as facts are uncovered, and casting so much prosperity and opportunity on America and the world in its wake.

Despite my former teacher Thomas Kuhn’s famous analysis of scientific revolutions, I am reminded that scientific revolutions are rare. Science mostly moves on fronts, in increments over decades, only occasionally welling up in creative froth with bubbles of idea-foam bursting forth, then solidifying in layers like sedimentary rock. The mechanism of peer review allows for new information to be uncovered. But it does not assure the information is true. Truth comes over time and test—call it a March ofScience. Facts become clear as research findings pack down, as scientists weigh evidence, accept or reject it, and advance to collective understanding that the evidence supports the idea.

Earth as seen by the EPIC imager on the DSCOVR satellite on March 29, 2017.
Click image to enlarge. Credit: NASA

The science of climate change has progressed this way. Early conviction of a few experts grew with passing years to widespread understanding based on cumulative evidence. Now, despite a few vocal contrarians whose opposition will go to the grave, a broad and deep consensus exists. So, climate science as it is understood to explain global warming will not be toppled by some abrupt revelation that, after all, they had it wrong. Instead, with rigorous commitment to following the facts, the vast majority of climate scientists recognize that man-made greenhouse gas emissions are causing dangerous changes to the climate. And for them, the overwhelming nature of climate science requires some attempt to come to grips with its implications for the safety, security, health and livelihood of Americans.

The evidence for this has strengthened gradually— like the growing frequency of extreme weather events. And so has grown the obligation over time for science to declare that a strong response is needed. That is where the climate-scientific community now is. It is especially crucial that scientists be heard now, as leading officials in the U.S. government, including the Administrator of the Environmental Protection Agency itself, publicly assert a falsehood—then waffle—that climate change is not connected to emissions of carbon dioxide. Science, and even the fossil fuel companies, know that it is.

The consequences of climate change are hard to overstate. Sea-level rise has already driven thousands of tidal floods on U.S. coasts and lowered real-estate values. Last fall, the National Oceanic and Atmospheric Administration released an analysis that showed the devastating Baton Rouge floods, which destroyed or damaged 100,000 homes and cost American taxpayers $12 billion, had a clear “climate fingerprint,” which likely doubled the chances of this event. The 10 hottest years ever recorded have all occurred since 1998 as average global temperatures have risen.

Scientific data and evidence-based thinking must be the starting point to address the profound problem of climate change. That is why the unprecedented cuts recently proposed by the Trump Administration for climate science at NOAA, NASA and elsewhere are a terrible mistake. How can we know what we must do to reduce climate impacts if we cannot even have the data to tell us what needs to be done?

But in the response to this absurdity lies cause for hope. Seeing the assault on fact-based thinking, scientists are energized. My colleagues and I at Climate Central have performed an informal survey of climate scientists throughout the country at research institutions, national labs, and other local centers where the crucial work is carried out. We have found they are ready to march. Not because their funding is threatened, but because they want to fight for the values of rationality, integrity, and objective truth-seeking to which they have devoted their careers and their lives. This is what sets them apart from special interests that organize other marches on Washington. Is this not something we all should aspire to?

But in this age, not all do. I recognize that some Americans hold different views and may be persuaded by means other than data. Let us use what means are needed. Let us honestly and in good faith work with those who harbor doubts. But let us not temporize about the facts of climate science and need for action, nor stand by as others do. The stakes are too high — for scientists, citizens, everyone.

You May Also Like:
‘Critical’ NASA Climate Missions Targeted in Budget Cuts
The Climate Could Hit a State Unseen in 50 Million Years
100 Days of Climate: Week 13