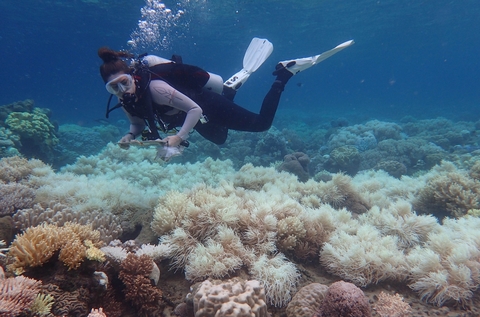 The Great Barrier Reef is experiencing mass coral bleaching for the second consecutive year, ushering in another global round of headlines above images of ghostly white corals and dying habitats.

About a quarter of all the corals on the reef died from the 2016 event, mostly in the pristine north.

What were once dazzling multi-colored homes for myriad marine species are now graveyards of algae-swamped coral.

Now the reef is bleaching again, with corals in the reef’s central area, popular with tourists, suffering the most. It’s too early to say how many of the corals will die from the bleaching.

But fear not. Breitbart’s resident climate science denier James Delingpole is on the case.