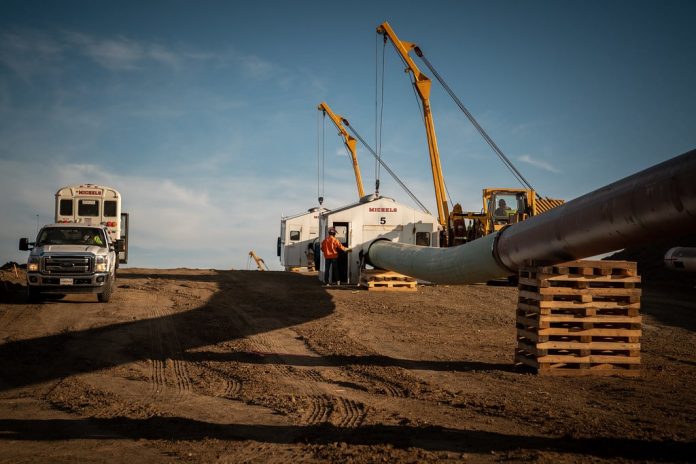 The Canadian government has handed over C$23 billion (US$18.5 billion) in subsidies to three major oil and gas pipeline projects in just the past three years, according to a new report by the International Institute for Sustainable Development (IISD), defying global calls to phase out government support for fossil fuels.

But even that total is likely an undercount given the lack of transparency from the Canadian government over its support of the industry. “Canadian support to pipelines is higher than $23 billion dollars, but we don’t know by how much. The access to information request that we filed resulted in thousands of pages either redacted or withheld,” Vanessa Corkal, policy advisor at the IISD, and lead author of the report, said in a statement.

“Canadians deserve to know that their money is going towards a prosperous future and not putting that future at risk,” she said.

The three projects — Keystone XL, the Trans Mountain Expansion pipeline, and the Coastal GasLink pipeline — have been steadfastly supported by the Canadian federal government and the oil-rich province of Alberta, despite suffering from enormous financial risk and fierce opposition by some First Nations and environmental groups.

The IISD report found at least eight different types of financial support for the projects, including loans, loan guarantees, and liabilities. For instance, Alberta took a $1.5 billion equity stake in Keystone XL in 2020, making it a partner in the long-contested pipeline project that would have extended from Alberta to Steele City, Nebraska. It also offered $6 billion in loan guarantees for the pipeline.

With Keystone XL killed off by the U.S. government in January, Alberta now finds itself joining TC Energy, the owner of the pipeline, in a lawsuit against the Biden administration seeking $15 billion damages in the wake of the permit cancelation. After reviewing its options, TC Energy announced in June that it was terminating the project.

Another example is the $500 million loan given to the Coastal GasLink pipeline — another project owned by TC Energy — by Export Development Canada, a federal agency. The 416-mile pipeline will carry natural gas from northeastern British Columbia to Kitimat, B.C., on the Pacific Coast for export, but it traverses Indigenous territories. In February 2020, protests erupted across Canada in solidarity with the Wet’suwet’en who oppose the project.

But the government’s direct ownership of the Trans Mountain Expansion pipeline, a long-distance pipeline that would take Alberta’s oil sands to the Pacific Coast for export, is “by far the largest example of pipeline support,” according to the IISD report. The government of Prime Minister Justin Trudeau purchased the project for C$4.5 billion in 2018 to rescue it from cancelation by its previous owner, Texas-based Kinder Morgan.

The purchase went beyond merely providing some financial support. The government set up a Crown corporation – a state-owned company – to build the pipeline. Without the nationalization of the project by the Canadian government, the pipeline would not have gone forward.

As DeSmog has reported, multiple First Nations and environmental groups have targeted Trans Mountain’s corporate insurers, pressuring them to back out of supporting the project.

The IISD report says that with the financial risks to major fossil fuel infrastructure projects on the rise, the industry is increasingly turning to the Canadian government for explicit financial support. Instead, public money should be accelerating a clean energy transition, experts say.

“The public money that Canadian governments are funneling into pipelines could pay for renewable energy or affordable housing,” said Kai Nagata, communications director for British Columbia-based advocacy group Dogwood, commenting on the report. “We could create thousands of jobs, but instead we are paying industry to pollute and worsening the climate crisis.”

Government subsidies for long-distance pipelines contradicts Canada’s own stated commitments to phase out fossil fuel subsidies by 2025, in line with pledges from both G7 and G20 countries.

The United Nations, the International Energy Agency, and other global bodies have also called for an end to fossil fuel subsidies. In fact, the U.N. says that the production of fossil fuels needs to decrease at a rate of 6 percent per year between 2020 and 2030 in order to hit climate change targets.

In April 2021, Canada announced a new climate target, aiming to reduce greenhouse gas emissions by 40 to 45 percent from 2005 levels by 2030, a commitment widely seen as underwhelming.

Canada’s support for a fossil fuel expansion also defies calls by a long list of economists to fund a green stimulus in the wake of the coronavirus pandemic, a move which would not only help economies recover from the 2020 downturn, but also put them on a more sustainable pathway.

Of the C$23 billion in support and subsidies for the three controversial pipelines identified in the IISD report, roughly C$10 billion occurred after the onset of the pandemic. Canada even classified pipeline construction as an “essential service” so that work could proceed, despite calls from First Nations to halt operations due to the health risks.

In May 2020, Alberta’s energy minister Sonya Savage went as far as to say that the pandemic is “a great time to be building a pipeline because you can’t have protests of more than 15 people.”

Government backing for the industry continues. On July 5, the Alberta government announced a C$825 million purchase of a 50 percent stake in a new oil sands refinery in Edmonton, which it will own jointly with Canadian Natural Resources, an oil sands producer. “We are taking action to get a better deal for taxpayers,” Savage said.

“Government support for pipeline construction can extend and expand the development of fossil fuel production sites within Canada that would not otherwise have been economically attractive,” IISD said. “This can result in large increases in carbon emissions that last for decades.”

The post Canada Funneled $23 Billion in Subsidies to Three Pipelines Since 2018 appeared first on DeSmog.