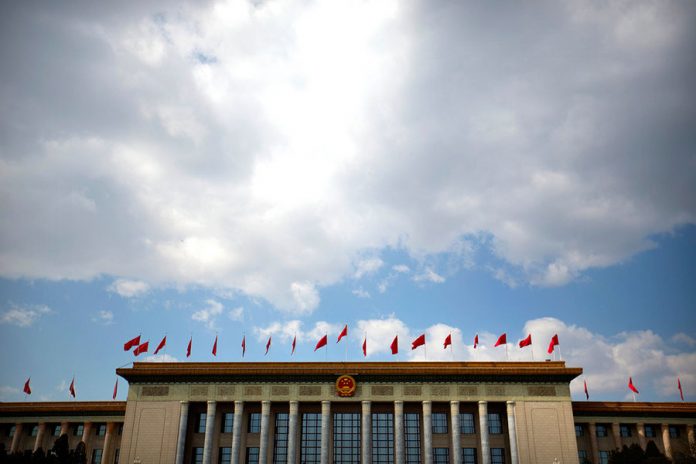 In his address to the National People’s Congress, Mr. Li pledged to “work faster” to address pollution caused by burning coal, outlining several goals for the coming year and noting that “people are desperately hoping for” more rapid progress to improve air quality.

His remarks reflected how public awareness of, and backlash against, the dangers of pollution has made reducing smog a top priority for Chinese leadership. Increasingly frequent protests have broken out in cities where residents oppose the building of chemical plants and garbage incinerators.

Over the next year or so, Li said, the government intends to step up efforts to upgrade coal-fired power plants to achieve ultra-low emissions and energy conservation, crack down on vehicle emissions by working faster to take old vehicles off the road and encouraging citizens to use clean-energy cars, and prioritize the integration of renewable energy sources into the electricity grid. Integration has proven a challenge as China adds wind and solar power at a faster rate than the grid has expanded, resulting in wasted wind and solar capacity.

Officials who fail to strictly enforce environmental laws and regulations will be held “fully accountable,” Li told the delegates Saturday. And, he said, sulfur dioxide and nitrogen oxide emissions would both be cut by 3 percent this year, while the density of fine particulate matter known as PM2.5 would fall “markedly” in key areas.

China’s air quality has improved since the government first introduced its air pollution action plan in 2013. The country’s coal consumption fell in 2016 for the third year in a row, with coal now making up 62 percent of China’s total energy consumption mix. But as the government struggles to balance the country’s economic needs with addressing public health and environmental issues, cities such as Beijing still consistently register levels of pollution significantly higher than the recommended safe limit.

Still, some environmental advocates see reason for optimism, as Lonnie Shehktman reported for The Christian Science Monitor in January:

[D]espite the current smog, some signs point to clearer skies on the horizon, says Ranping Song, senior associate in the Global Climate Program at the nonprofit World Resources Institute….

[Mr.] Song points to declining coal use as one sign of progress. According to China’s state-run news agency Xinhua, the country’s coal production dropped by 10.2 percent to 2.18 billion tons between 2016 and 2015. And until 2016, China’s air quality overall had been improving for a couple of years, as national efforts to curb air pollution and cut coal use took shape, along with better enforcement of new emission standards for power plants and other industries, as Greenpeace’s senior coal campaigner Lauri Myllyvirta pointed out online on December 2.

Overall, China is working hard to wean itself off coal and other polluting industries. Beijing and other cities are switching some power stations from coal to cleaner-burning natural gas, and encouraging use of electric vehicles to reduce car emissions. The country also has committed to producing 20 percent of its electricity from non-polluting sources such as wind and solar by 2030 and is one of the world’s biggest investors in clean energy technologies.

“We will be able to see some progress along the way, but we will continue to be concerned for the public for a long time,” Song told the Monitor.

This report includes material from the Associated Press.