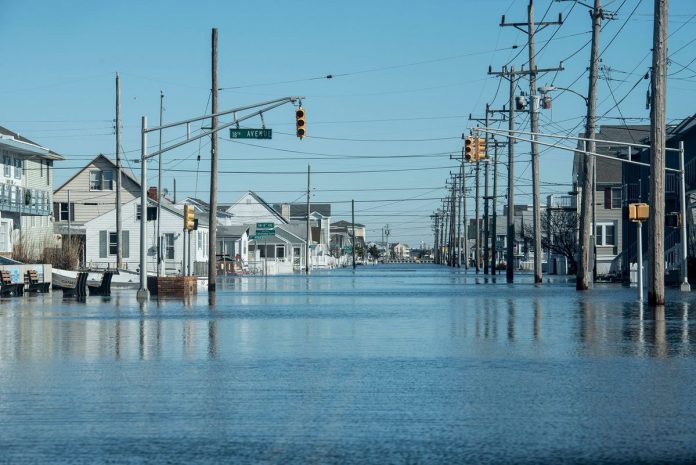 As climate change pushes U.S. cities to build protections against stronger storms and more frequent floods, the Rockefeller Foundation is helping cities with a novel kind of financing, one that transfers some of the risk of innovative projects from cities to investors.

The foundation, established with John D. Rockefeller’s oil wealth, announced Wednesday it will pay $342,000 to underwrite the costs for two municipalities in issuing environmental impact bonds, pioneered by The Goldman Sachs Group Inc. and Washington, D.C. More than a dozen cities have expressed interest in the bonds, which link an investor bonus or penalty to how well the underlying project works.

“You take the risk off the project not working” for city officials, said Saadia Madsbjerg, who leads the Rockefeller Foundation’s work on financial innovation. “There are many, many municipalities that have the exact same problem that D.C. has.”

The goal is to give local governments room to experiment with ways of protecting their residents against the impacts of climate change by providing a sort of insurance policy against failure of the micro-grids, flood walls or other untested projects. For investors, there’s a upside, too: If the project works better than expected, they get a bonus payment.

So-called green bonds, which are similar in purpose, grew to $95 billion in 2016, twice as much as the previous year, according to Bloomberg New Energy Finance. Many are issued by companies — Apple Inc. sold $1.5 billion last year to help its operations run 100 percent on renewable energy — but governments are also getting into the act.

The Coming Backlash to ‘Greenwashing’ of Bonds: QuickTake Q&A

DC Water, Washington’s water utility, issued a $25 million bond to help build “green infrastructure” for stormwater management. The utility had been ordered by federal regulators to cut the raw sewage flowing into the Potomac River after storms.

The bond that DC Water issued is similar to regular municipal debt, with one difference: If the project reduces stormwater runoff by more than 41 percent during its first 12 months of operation, DC Water promises to give investors a one-time bonus of $3 million on top of the bond’s 3.43 percent interest rate.

But if the project reduces runoff by less than 19 percent, investors instead have to pay DC Water $3 million — what it calls a “risk share” payment. That would reduce the effective interest rate on the bond from 3.43 percent to 0.5 percent.

That structure was attractive because it means DC Water will have money to design a new project if the green approach doesn’t work, said George Hawkins, the utility’s chief executive. “You never really know until you build” it, if it will work, he said.

Sustainable Investors Look To Do Well by Doing Good: QuickTake

Goldman Sachs bought $23 million of those bonds. The Calvert Foundation, a Maryland-based nonprofit, bought the other $2 million.

Margaret Anadu, who heads Goldman’s Urban Investment Group, said the bond is a chance to “really put your money where your mouth is” — funding a climate-resilience project that will deliver better returns for Goldman the better it performs.

Not everyone is so optimistic that tying payments to outcomes will produce better results. Daniel Edmiston, who teaches sociology and social policy at the University of Leeds, published a paper earlier this year looking at the effectiveness of those social impact bonds, which got their start in the U.K. and were the inspiration for environmental impact bonds.

Whether a program triggers a bonus payment could have just as much to do with the quality of the lawyers who drew up the contract as it does with its actual performance, Edmiston said.

“Very intelligent, well qualified private sector consultants in the U.K. have managed to dictate the terms of contracts,” Edmiston said. “These public authorities that are commissioning them, they have no idea what they’re doing or how to go about it.”

Get the latest on global politics in your inbox, every day.

Get our newsletter daily.

Others say there’s no time to wait for the results of earlier projects. Eric Letsinger is founder and chief executive of Quantified Ventures, the company that helped structure DC Water’s bond and is being paid by the Rockefeller Foundation to choose the next cities to sell similar bonds. He said his goal is continuing to improve the way environmental impact bonds are designed, so that more cities are willing to issue them.

“I don’t think we have a capital problem,” Letsinger said. “What we have is an adoption challenge.”