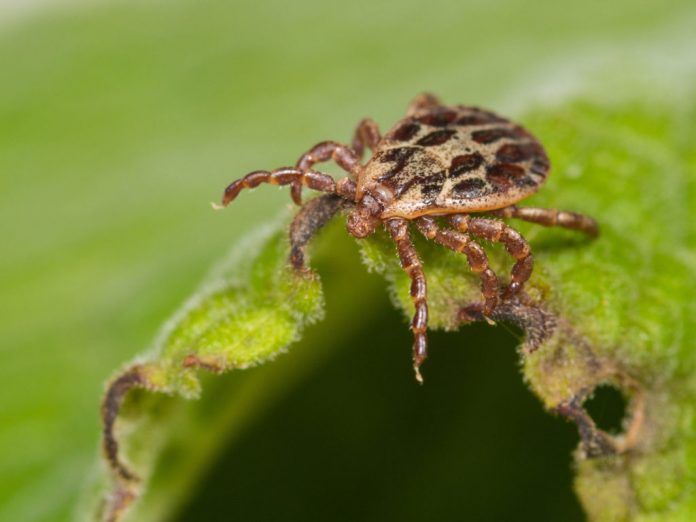 As many as one in three parasites could become extinct as a result of climate change by 2070, new research suggests.

This may sound like good news, but the loss of parasites could destabilise many of the world’s ecosystems, the lead author tells Carbon Brief. Parasites play a critical role in maintaining food webs and, in their absence, a diverse range of animals could be threatened with extinction.

Rising global temperatures could also drive parasites into cooler regions, such as the UK and Canada, the study finds, which will have a significant, but unpredictable, effect on the diseases they carry.

Parasites are organisms that live on or inside other “host” organisms, getting their food from – or at the expense of – their host. They are one of the most dominant groups of organisms in existence, representing around half of the 8.4m known species found on Earth.

The diverse group of organisms, which includes tapeworms, roundworms, ticks, lice and fleas, are notorious for spreading diseases to humans and animals.

For example, ticks are known for spreading Lyme disease, which affects people living in rural parts of Asia, much of Europe and the US, while body lice can spread typhus, which is more common in Africa, South America and Asia. 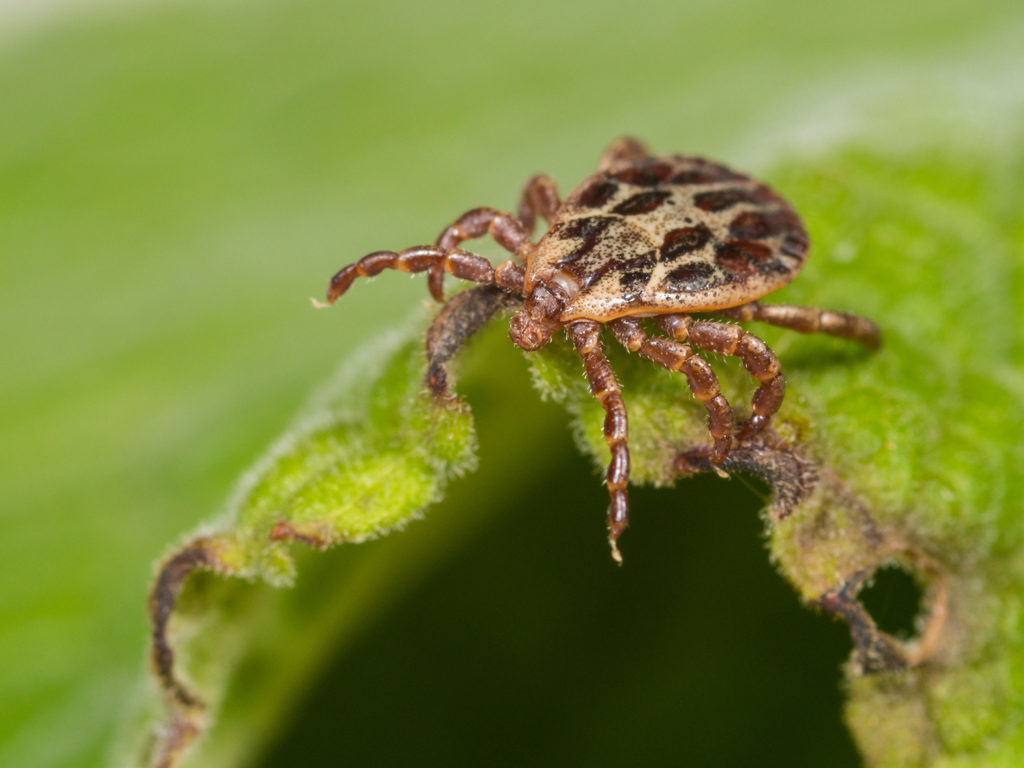 Parasites are some the most threatened species on Earth, says Colin Carlson, a graduate student at the University of California and lead author of the new Science Advances study. This is because they face a “double threat” from climate change, he tells Carbon Brief:

“They’re directly sensitive to climate change and so are their hosts. Climate change can threaten parasites in several ways. They can lose suitable habitat, become seasonally mismatched with their hosts, or lose their hosts entirely, just to name some of the big ones.”

In other words, rising temperatures can play havoc with the delicate balance that parasites have with their hosts and their habitat. For example, if the temperatures get too warm for the parasite, but their host can’t move somewhere cooler, the parasite will not survive.

In order to predict how parasites will fare under climate change, the researchers mapped out the current geographical range of 457 parasite species, Carlson explains:

“We mapped out the majority of the US National Parasite Collection, which is kept at the Smithsonian [Institution] and is an unparalleled resource for this kind of work.”

They then calculated how much range each species could lose by 2070, under various future climate change scenarios.

The majority of parasites face an “existential threat” from substantial habitat loss in a changing climate, the paper finds. Under the most optimistic scenario (RCP2.6) included in the study, which assumes that global greenhouse emissions peak by 2020 and then rapidly fall, parasites face a 20% decline in suitable habitat by 2070, compared to their current range. Under the least optimistic scenario (RCP8.5), which assumes global greenhouse emissions will continue to rise unabated, this decline increases to 37%.

Taking an average across all the scenarios, the researchers then calculated the likely parasite extinction rate. Overall, up to a third of parasite species could disappear by 2070, the study finds.

However, using an average from a range of climate scenarios isn’t an ideal way to consider future changes, notes Dr Cyril Caminade, a researcher in climate change and epidemiology from the University of Liverpool, who was not involved in the study. He tells Carbon Brief:

“Merging all RCPs [Representative Concentration Pathways] for 2070 does not make sense to me as the RCP scenarios will differ a lot at the end of the 21st century. They tend to be close to each other during the 2020s to 2030s, then they start to strongly diverge late part of the century. Looking at changes for each scenario separately provides a better idea about the scenario uncertainty.”

Although climate change is expected to lead to a fall in global parasite numbers, some regions could be dealt more parasites in the coming decades, Carlson says.

“One deeper point in our paper is parasites aren’t just going extinct, they’re also going to move at alarming rates around the globe, aggregating in ecosystems they’ve never been in before.” 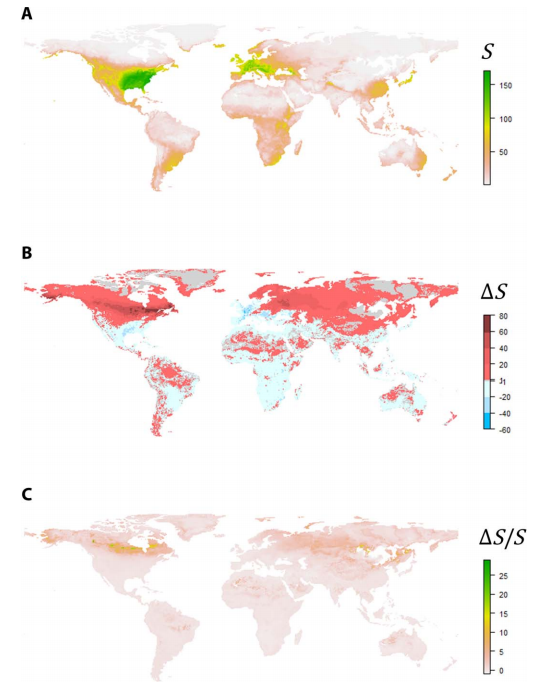 The research suggests that regions far from the equator, such as Canada, northern Eurasia and the Arctic, could face the largest influx of parasites in the coming decades. Previous research suggests this could be happening already as the US and Canada have seen an increase in cases of Lyme disease (which is spread by ticks) in recent years.

However, the results do not necessarily mean that these regions will face more parasite-borne diseases, says Carlson, because it is still unclear which parasites will become “winners” and “losers” as a result of climate change:

“The basic implication is actually not all bad for human health: some ticks and other disease vectors gain ground, but others lose a lot of habitat. What we call the ‘warmer, sicker world’ idea might be true on average, but not true for any given parasite species.”

“In fact, our study shows that human parasites – or vectors that spread human disease – aren’t any more or less likely to gain or lose range in a changing climate [than other parasites] – in a way, it’s sort of a lottery.”

Despite the “Titan-esque work” collecting and cleaning all the parasite data for the study, analysing 457 parasite species may not be representative of the millions of parasites that are spread across the globe, says Caminade:

“The parasite species richness map [Map A] looks counter-intuitive. I was expecting more richness in the Amazon basin and central Africa [where the majority of host species currently live]. This is surely related to their data. There must be more data available for Europe and the US, where most of the research is conducted, so this might have biased the model outcome and map.”

Although a small number of parasites threaten human health, the vast majority of them are harmless to us, says Carlson, and losing these creatures could have devastating consequences for ecosystems.

“Parasites play a huge role in ecosystems: they move energy through food webs [through the death of host species], can control host behavior, regulate animal populations in nature, and there’s even evidence that parasite diversity might be a buffer against the spread of some infectious diseases.”

Current research suggests parasites are responsible for up to 75% of the “connections” between food webs, Carlson explains:.

“Food webs are made of connections not just between predators and prey but all kinds of different interactions. Parasites can be incredibly diverse and make up the majority of those species-species interactions in an ecosystem. If we lose those links, it’s like losing the glue that holds ecosystems together.”

The destabilisation of ecosystems as a result of parasite loss could lead to waves of species extinction, he adds, affecting every level of the ecosystem, from plants to top-level predators.

“It means extinctions might keep happening downstream, but more broadly it means ecosystems might change in pretty unexpected ways.”