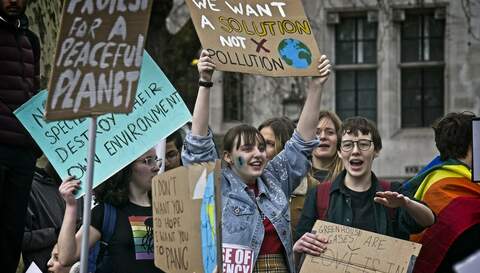 Youth climate activist Hannah Cartlidge visited the European Parliament in Brussels scared for the future of the planet, but returned hopeful that the institution could make a difference – while it still can.

For a while, I have felt powerless and hopeless when thinking about the future. Anthropogenic climate change will impact everyone, regardless of where they come from, what they look like, how much money they earn or how they live their life. When governments shy away from renewable energy sources and instead rely on fossil fuels and invest in fracking, we cannot possibly hope to avoid a catastrophic change in the climate. We are already seeing the effects in the North West and unfortunately this will only continue to worsen and extreme weather events will become much more frequent.

But recently, I was lucky enough to travel to Brussels alongside other young people who either attend climate strikes or are climate change activists. We visited the European Parliament alongside Green party MEP for the North West of England, Gina Dowding, and met with several other MEPs.