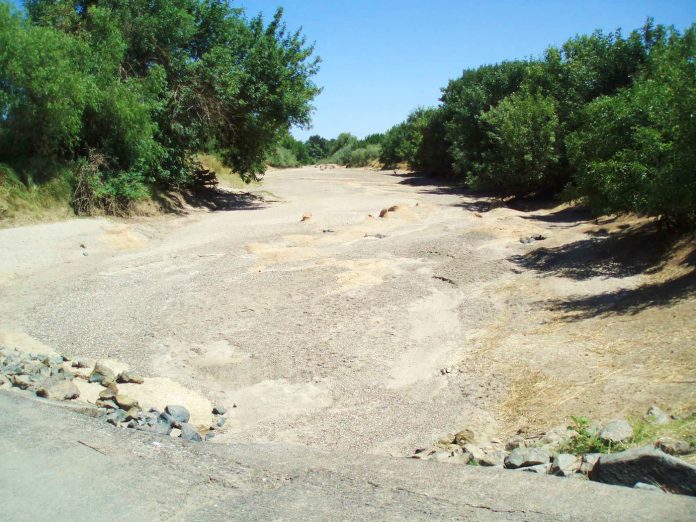 With California’s surface drought over, the state can prioritize investing in groundwater recharge and floodplain restoration to help fight one of its biggest lingering problems: groundwater overdraft. As it does so, the relatively unknown Cosumnes River watershed has emerged as a model.

Roughly half of the groundwater basins in California’s Central Valley are critically overdrafted, including the San Joaquin Valley basin to the south of the Cosumnes. Though groundwater levels in the Cosumnes basin have also appreciably declined since the 1950s, cutting edge research at the Cosumnes River Preserve, a 50,000-plus acre public-private partnership in the eastern Sacramento-San Joaquin Delta, has shown that floodplain restoration can substantially recharge groundwater as well as provide habitat and improve fish migration.

Preliminary results from an ongoing University of California Water study on the Cosumnes River suggests that breaching levees to allow small- and medium-sized floods to inundate agricultural fields could triple the recharge provided by irrigation. This is welcome news as California figures out how to make the state’s surface and groundwater systems more sustainable and have more multi-beneficial uses for humans and wildlife.

Facing diminishing groundwater levels, the state passed the Sustainable Groundwater Management Act (SGMA) in 2014 to work toward long-term groundwater sustainability. That same year, voters approved the Water Quality, Supply and Infrastructure Improvement Act (also called Proposition 1) to provide $7.5 billion for water-related infrastructure projects. Groundwater supplies roughly 30 percent of water deliveries in the state, and that amount skyrockets in droughts, such as the recent record-breaking one. California’s dependence on groundwater for agricultural and municipal use has caused an immense statewide overdraft averaging over 1 million acre-feet per year. This is partly due to the vast majority of Central Valley rivers being dammed and leveed, which shrinks the river’s floodplain and consequently reduces groundwater recharge.

The uniqueness of the Cosumnes River compared to the other rivers in the Central Valley has made it the reference system for researchers studying floodplains and groundwater recharge. Because the Cosumnes is the only nearly dam-free river draining the western slope of the Sierra Nevada and its flow is produced predominantly by rain rather than snow, the Cosumnes retains a relatively natural flood regime, including near annual flooding of its lower watershed.

Beginning in the late 1990s, U.C. Davis researchers became interested in the river after the largest flood in the Cosumnes’ recorded history completely inundated the lower watershed. Two decades of research in the lower watershed has revolutionized river restoration in California. Perhaps the most well-known study on the Cosumnes, published in 2008, demonstrated that juvenile Chinook salmon reared in floodplains have higher survival and growth rates than those confined to a river channel, which is critical considering state law has stringent rules to protect this fish. The floodplain restoration at the Cosumnes River Preserve resulting from levee breaching also revealed that native habitat, such as oak riparian forest, will return to a landscape if natural processes are restored.

He also noted that “floodplain restoration is going to have to happen in conjunction with a lot of other things … because the groundwater deficit is so large.” Other strategies include off-season flooding of agricultural fields and mandatory dam releases to generate sufficient flow for fish migration and groundwater recharge.

At the Cosumnes River Preserve, thousands of acres of crop fields are flooded during winter to create migrating waterfowl habitat and to recharge groundwater, displaying the multiple benefits of off-season agricultural field inundation. The studies looking at how the Cosumnes River behaves as a naturally flowing river have informed how dam operators should manage water releases to mimic natural flow regimes for fish.

Extensive groundwater pumping has disconnected the Cosumnes River from its aquifer, causing it to lose its flow in summer and fall. (The Nature Conservancy)

Despite the pathbreaking research and restoration occurring in the lower Cosumnes River watershed, more than half a century of extensive groundwater pumping from agriculture and nearby urban growth has disconnected the river from its aquifer and generally caused the river to lose its baseflow during summer into mid-fall. The Cosumnes Coalition, a partnership advocacy group for the Cosumnes, plans to utilize SGMA to address groundwater extraction and promote new multi-benefit projects that will augment recharge and return base flows to the river.

Eaton, who is also an adviser for the Cosumnes Coalition, describes the Cosumnes’ influence on the SGMA as synergistic – lessons learned from the Cosumnes helped to shape the SGMA, which, in turn, will shape multi-benefit projects on the Cosumnes and elsewhere.

“Modern groundwater science suggests that we’ve only begun to tap the potential of the Cosumnes for highly cost-effective groundwater recharge,” said Eaton. And future research on the topic will undoubtedly reveal promising new techniques for enhancing water reliability and storage in California.

Never miss an update. Sign up here for our Water Deeply newsletter to receive weekly updates, special reports and featured insights on one of the most critical issues of our time.