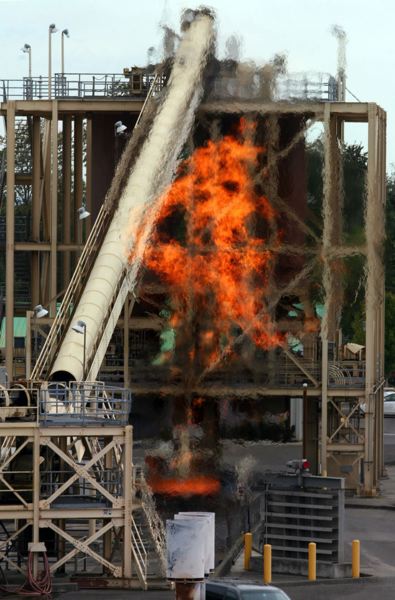 Commissioner Nick Fish to ask for $12 million in sewer funds to convert all methane at treatment plant to renewable natural gas.

The proposal calls for the fuel to be sold in Portland and elsewhere to replace diesel fuel in trucks. It will reduce the city’s greenhouse gas emissions by 21,000 tons a year, more than any other single city project to date.

Such sales will replace 1.34 million gallons of dirty diesel fuel with clean renewable natural gas — enough to run 154 garbage trucks for a year.

The proposal also will generate upwards of $3 million in revenue a year. It has an estimated payback period of three years.

“We are creating a triple-win for the public in terms of revenue, climate action and cleaner air,” Fish says. “The renewable natural gas we will produce is truly local and homegrown, a by-product of the waste from every Portland household that we can now repurpose.”

The proposal will be considered by the council as three ordinances on the agenda for April 19, three days before this year’s Earth Day. One would authorize a $9 million contract to modify an existing facility at the Columbia Boulevard Wastewater Treatment Plant that currently recovers methane from the waste stream. Another would authorize a contracts for a little more than $1 million with NW Natural to distribute the additional gas expected to be generated. The third would promise to reimburse NW Natural for a $1.94 million Renewable Compress Natural Gas fueling station to be built the plant for fleet vehicles.

The Bureau of Environmental Services, which operates the city’s sewer system has been moving to 100 percent recovery of its methane waste for years. According to BES, about half is already reclaimed to heat and power the treatment plant. Some has been sold to a local roofing company. The rest, about 23 percent, has been burned and released as carbon dioxide into the atmosphere, a process called flaring.

If approved by the council, the project will move the plant to 100 percent methane recovery and eliminate regular flaring.

“We have found a way to eliminate that pollution and turn it into revenue for Portland ratepayers,” says Fish. “That’s a good way to begin Earth Day celebrations.”

The fueling station could be finished by as early as the end of 2017 and be used for BES and other city trucks. By the end of 2018, BES expects to begin feeding renewable natural gas into NW Natural’s network. That fuel will be sold on the renewable energy market via a system of energy credits to out-of-state and Oregon buyers.

“Because our product is a renewable fuel and not a fossil fuel, it commands a five-to-10 times higher price on the renewable energy market,” said Environmental Services Director Mike Jordan. “Doing the right thing turns out to be a great deal.”

“We are proud to be a part of our city’s efforts to close the loop on waste,” says David H. Anderson, NW Natural president and chief executive officer. “We look forward to this being the first of many renewable natural gas projects that move us toward a low-carbon future.”