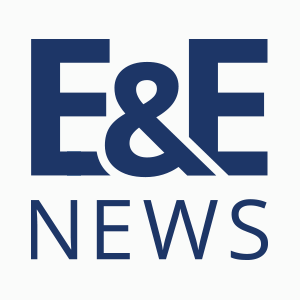 The U.S. District Court for the District of Columbia dismissed a lawsuit from the Delaware Riverkeeper Network that accused the Federal Energy Regulatory Commission of violating stakeholders’ due process rights by rubber-stamping gas pipelines.

The group’s lawsuit involved a particular proposal, the PennEast pipeline in Pennsylvania, but raised broader claims that FERC’s funding structure creates a “structural bias” because the agency’s budget is offset by fees and annual charges from natural gas companies.

The claim is based on the Omnibus Budget Reconciliation Act of 1986, which sets the funding mechanism for FERC’s natural gas pipeline program. The environmental group says the agency’s reliance on pipeline fees results in a violation of constitutional due process rights: depriving the plaintiffs of a neutral decisionmaking body.

FERC lawyers noted in oral arguments earlier this month that the agency’s budget is set by Congress, and while the agency uses fees from companies to recoup the cost of the natural gas program, it does not “receive additional revenue when it approves a natural gas pipeline project” (Energywire, March 6).

Judge Tanya Chutkan, an Obama appointee, dismissed the case on procedural grounds, ruling that the group had not properly raised a due process claim, which must demonstrate a deprivation of liberty or property.

“Because Plaintiffs have not identified any liberty or property interest that is cognizable under the Fifth Amendment’s due process clause, they have failed to state a claim upon which relief can be granted,” she wrote in yesterday’s opinion.

Chutkan also rejected the group’s partial reliance on a provision of the Pennsylvania Constitution that gives citizens a right to clean air, pure water and conservation of natural resources.

“While [the provision] may confer a public right that would entitle plaintiffs to sue the state of Pennsylvania for failing to protect the environment, it does not create a federal protected property interest for purposes of the Fifth or Fourteenth Amendment,” she wrote.

Curtin & Heefner LLP attorney Jordan Yeager, who is representing the Delaware Riverkeeper Network, said he was studying the decision. He would not say whether the group is considering an appeal.

Japan, US exposed as UN chief urges G7 to commit to 2030 coal exit

Guest post: Why ‘rebound effects’ may cut energy savings in half