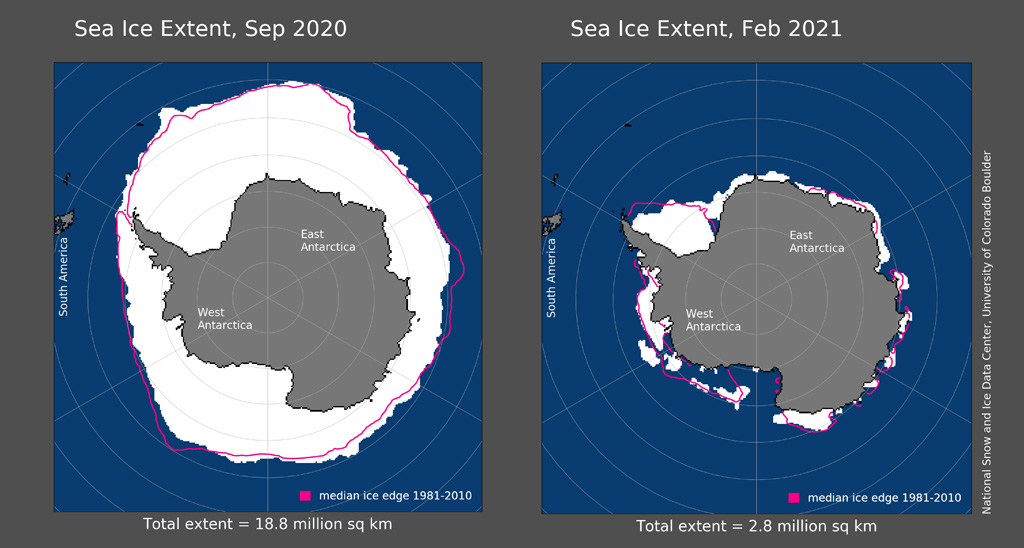 Maps of Antarctic sea ice extent at the most recent winter maximum on 28 September 2020 (left) and summer minimum on 21 February 2021 (right). The pink lines show the 1981-2010 average extent for that month. Credit: NSIDC. 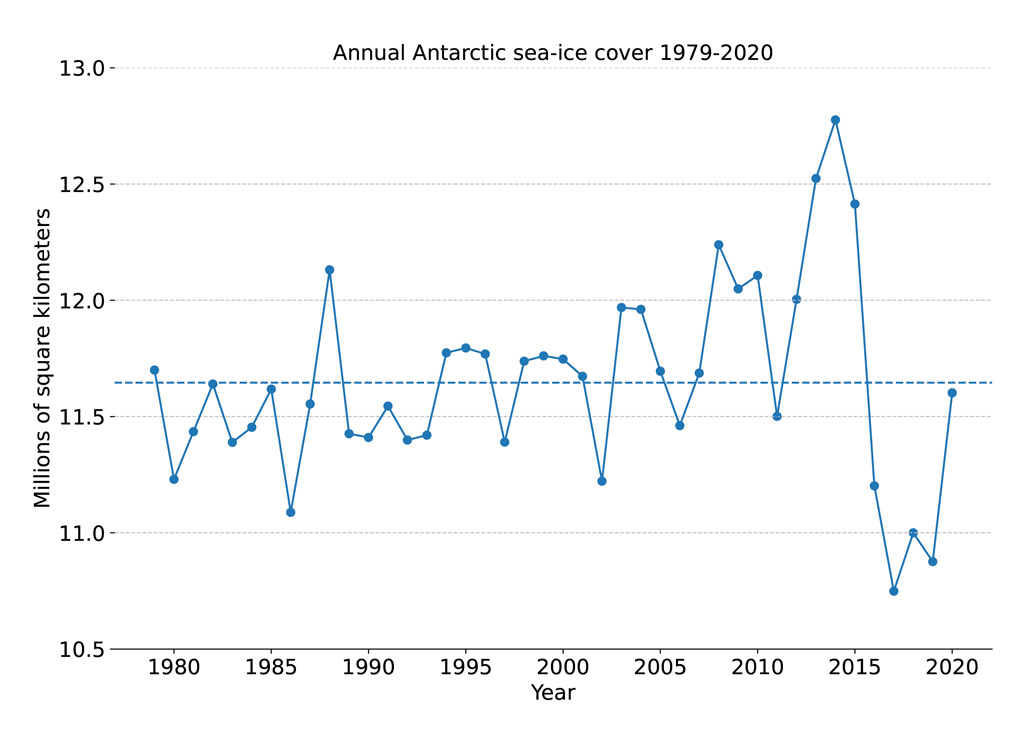 Annual Antarctic sea ice extent from 1979 through to 2020 (average for the period is shown by dotted blue line), based on data from the National Snow and Ice Data Center (NSIDC). Based on satellite data, sea ice extent is the total area where the ice concentration is 15% or higher. The total trend masks major and contrasting regional changes. Credit: Clare Eayrs. 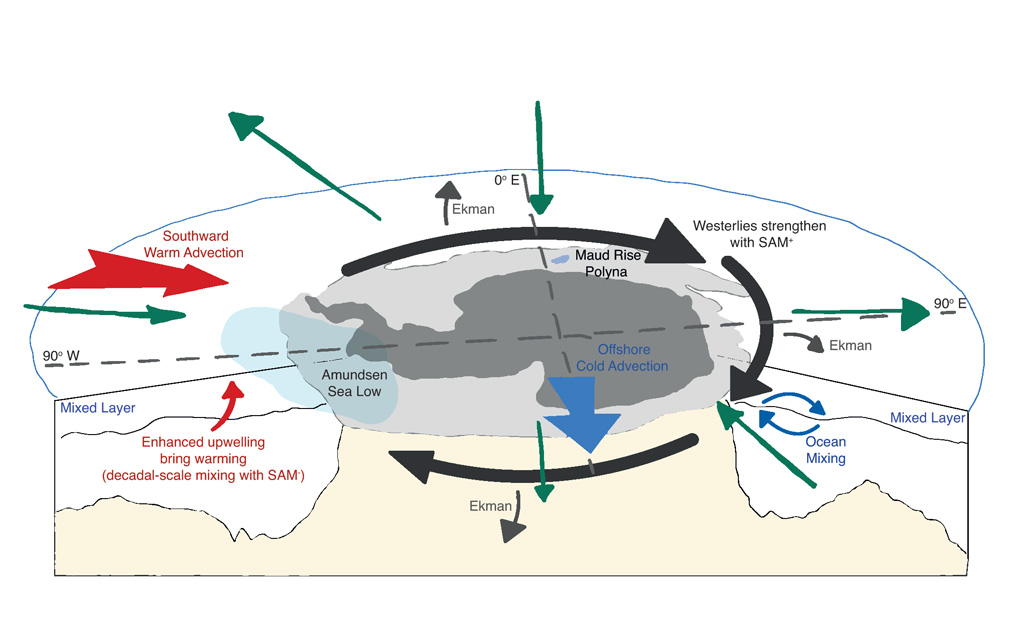 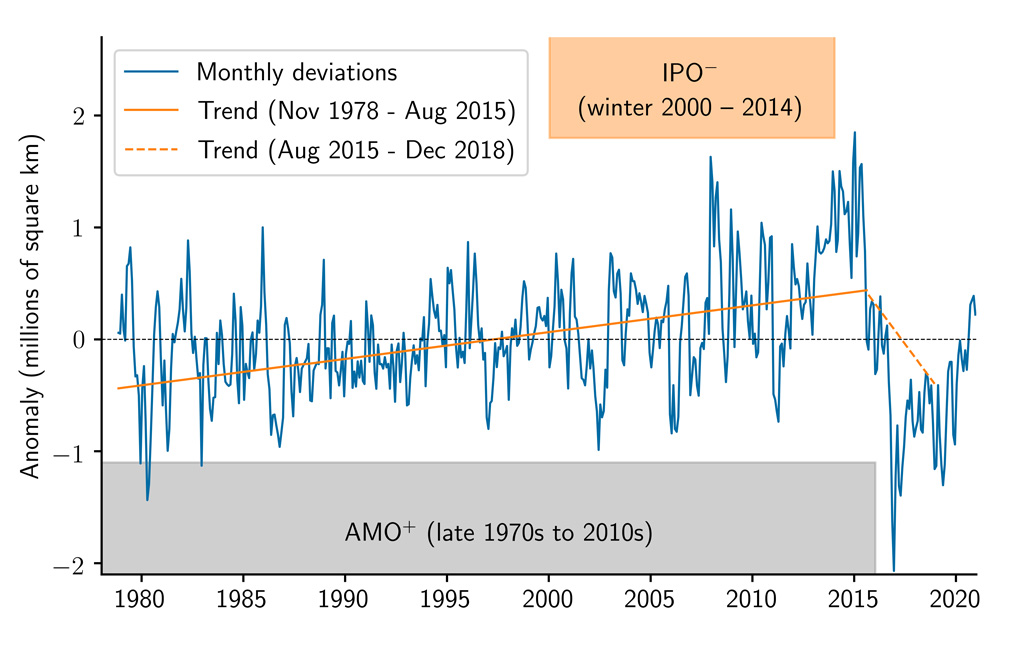 Monthly sea-ice extent anomalies since 1979 with respect to the 1979-2018 climatology (blue line), based on data from the NSIDC. Trend lines (orange) are calculated through the monthly anomalies. Orange shading indicates when the IPO was negative. Grey shading indicates when the AMO was positive. Credit: Clare Eayrs, adapted from Eayrs et al. (2021).