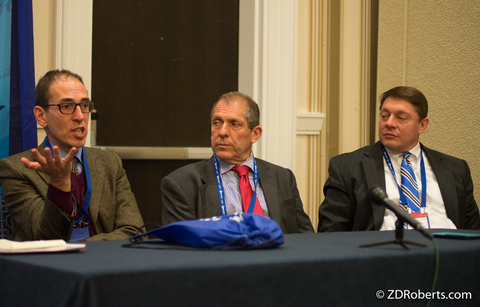 The 2017 Conservative Political Action Conference (CPAC), an annual rally of conservative officials and political activists, was set to be a big one — the first time a first-year sitting president would have attended since Ronald Reagan. While President Trump canceled late in 2016, enthusiasm for the president still filled its halls, and so did a number of his White House, Cabinet, and transition team members — including at least one previously unannounced member of the EPA transition team.

Joining the CPAC lineup was the usual cast of climate science deniers who branded climate change as “fake news,” scientists and environmental advocates as “some of the worst people in the world,” and polluted rivers catching fire in the pre-EPA era as “the price of industrialization.”