Since the introduction of the Animal Health and Welfare Act 2013, the Irish Society for Prevention of Cruelty to Animals has received 70,000 calls to its animal cruelty hotline.

According to the organisation’s 2017 annual report, there have been 46 prosecutions under the Act to date, with 21 cases successfully resolved.

In one case, a man received a lifetime ban from keeping any animals after he was found guilty of allowing two dogs to roam freely in the same areas as a sow.

This resulted in the sow being savagely attacked by the dogs and the animal was later euthanized due to the severity of the injuries.

According to Barry O’Connor of the Dublin Society for Prevention of Cruelty (DSPCA), however, the causing of intentional harm to animals is generally low and most cases come down to “stupidity, ignorance and a lack of thoughts”.

For O’Connor, an education officer with the society, teaching children about how to respect and care for animals is key to preventing cruelty in the future.

Respect and care for animals

Established in 1840, the DSPCA provides a home for rescued animals, from dogs and cat to donkeys and snakes, on their campus in Rathfarnham, Co Dublin.

A large focus of their work is to educate future generations through school talks and summer camps where children can learn about the importance of creating enriching environments for animals to live in.

“We try to teach children to have empathy toward the animals,” explains O’Connor. “I firmly believe that when you speak to one child, you actually speak to ten more.”

Indeed, the children will often tell their parents, siblings and friends in school about their experience at the camp. “Old people are [the] hardest to convince or educate but when you go to kids they will educate their parents,” says O’Connor.

Volunteers explain to the kids that the animals feel exactly like the children do. “Everything that is external affect animals,” he says. “They feel the heat, the cold and the pain”.

The children have “fantastic” interactions and reactions with the animals, says O’Connor, as they see that the likes of goats, horses and dogs each have their own “personalities” and “feelings”.

“If everybody has empathy for the animals, it will be in a lot better situation,” he adds. The society is expecting at least 250 kids during the summer break.

This little fella was left locked in the back of a van today in 26 degree heat at the Bray groove festival. Gardaí managed to get into the van and rescue the dog. Please don’t leave animals locked in vehicles on hot days. pic.twitter.com/A3KIM1LF93

There is still a long way to go to ensure that animals are respected appropriately in Ireland, with examples of carelessness from pet owners seen during the recent heatwave.

Last week, for example, the DSPCA were called out to attend to a dog left in a car on Merrion Square, Co Dublin. Dogs can become easily dehydrated in cars, especially during the heatwave where temperatures can reach 25 to 30 degrees outside and even higher in the car.

“That is still happening even though every piece of media has covered this in the last two weeks,” says O’Connor.  If you explain to children that dogs and cats can overheat and get sunburns, they won’t let that happen, O’Connor says. 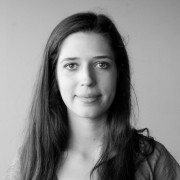 Charline is French and an MA journalism student at DCU. She has an interest in the environment, animals rights and rock music.

The post Educating youth the key to preventing animal cruelty in the future appeared first on Green News Ireland.