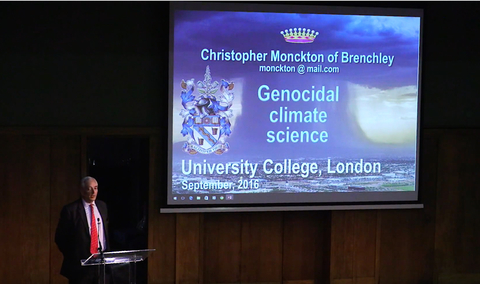 On the face of it, the climate science conference scheduled for the romantic Italian city of Rome looks like any other.

The organizers, India-based ConferenceSeries, promise their “4th World Conference on Climate Change” will attract “world class experts” from across the planet.

Anticipating “more than 500 participants,” the event claimed to have an organizing committee with representatives from the UN’s World Meteorological Organization (WMO), the European Space Agency, and the European Environment Agency (EEA).

But a DeSmog investigation reveals the event is being hijacked by a group of climate science deniers who have previously claimed they want to investigate climate scientists for fraud and have dismissed human-caused climate change as a hoax.

Since being contacted by DeSmog, both the WMO and the EEA have issued statements distancing themselves from the three-day conference, scheduled to start on October 19.