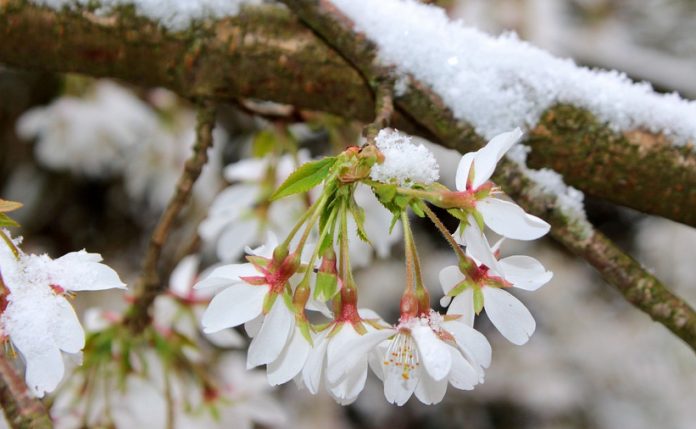 To: The people of Washington, DC, and particularly to the current occupant of 1600 Pennsylvania Avenue

This is a letter to inform you that the manner in which you are living your lives is incompatible with the continuation of your civilization. Without significant changes, your future will be filled with famine, war, fire, brimstone, blah, blah, blah.

Ok, I’m the Earth and that’s not how I talk. Consultants hired down on K Street—a spot you all seem to know too well—suggested I write in what they called “legalese,” but I’m more of a birdsong and blossom kind of being. And sometimes when I’m really miffed, I favor the artistic power of a hurricane, drought, or flood. You might remember some of my most dramatic recent works—you named them Katrina and Sandy.

Those consultants rolled their eyes when I suggested that an eerily early bloom of Washington’s renowned cherry blossoms followed by a massive snow storm would finally be the sign needed to take seriously the climatic changes that your binge on my stored carbon is causing. But they also weren’t inclined to extend the dam-busting storms on the American west coast or prolong the brutal droughts spanning large swaths of Africa. One actually shuddered at the thought.

So, long story short, I fired the lot of them and decided to write you a personal letter. I hope you enjoy the cherry blossoms—and the snow day.

But while you’re strolling along the Tidal Basin tweeting photos of the ice-encrusted blossoms, please take a moment to reflect on the fact that the Tidal Basin and much of the National Mall were reclaimed from the Potomac River and Tiber Creek. Keep in mind that your precious cultural heritage—placed upon a low lying area that should already be underwater—will certainly be inundated when the Western Antarctic melts (I shouldn’t tell you this but I’m getting a tingling on my underside that suggests you’ve got maybe a few hundred years at most before something seriously gives down there).

So please note that this letter is a last friendly warning that you must take the wrongs you have dealt me seriously. I will endure them, not quietly, like your quaint little Lorax character who let that greedy Once-ler get away with destroying the Truffula Forest (I wish I had thought of those trees, those trees, those Truffula trees—perhaps next go-round, after this current mass extinction event).

No, not like the Lorax but like the Greek goddess of agriculture, Demeter. Demeter, if you recall, allowed Erysichthon, King of Thessaly, to cut down her sacred grove, but then cursed him with an insatiable hunger that led him to keep eating until he literally ate himself! I always get a chuckle from that story. You, however, probably won’t find the famine, flooding, and war ahead very funny.

Anyhoo, I wish you all the best, truly, and I warn you one last time: get your act together. Ratify the Paris agreement, shift away from your unsustainable growth-centric consumer culture, impeach your president and other elected officials who don’t believe in the basic scientific realities of climate change (seriously?!). Do whatever is needed to become a carbon-neutral species as quickly as possible, or you can kiss your city, and, heck, your whole civilization, goodbye.