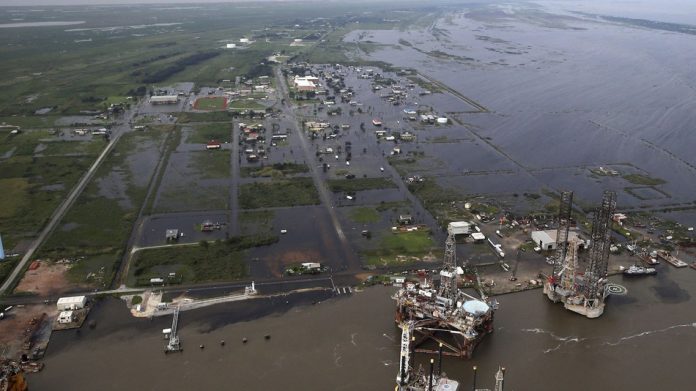 With at least one chemical plant on fire in Houston and numerous oil refineries shut down and emitting hazardous chemicals into the air and water, Tropical Storm Harvey is putting a spotlight on just how risky it is to base so much of the country’s petrochemical infrastructure in a low-lying area prone to destructive hurricanes.

More immediately, residents of neighborhoods that border industrial sites are grappling with a one-two punch of dangers: First came the flooding and then the hazardous materials being emitted next door. Media reports show neighbors of industrial facilities complaining of strong chemical odors as well as itchy eyes and other symptoms of contact with potentially hazardous emissions.

For example, one refinery, Exxon’s massive Baytown facility, was damaged by flooding. The company notified state regulators on Monday that the refinery would be emitting hazardous materials into the air for about five days.

The chemical facility that has been burning since early Thursday morning, an Arkema, Inc. plant in Crosby, Texas, is at risk of continued fire and possibly larger explosions after flooding prevented workers from cooling volatile compounds at the site.

These compounds are used for manufacturing organic peroxides that can be used in common products like polystyrene cups and PVC piping. Officials have evacuated anyone within a 1.5-mile radius around the plant due to the threat of continued explosions.

However, it’s the rapid shutdowns of the nation’s largest oil refineries, along with numerous chemical facilities, that have likely put the most hazardous chemicals into the air and water in parts of Houston. This problem may get worse in the coming weeks as refineries restart, venting more fumes into the air.

As environmental groups have been pointing out, the communities neighboring the industrial facilities in Baytown and other areas tend to be poor, minority communities that have been raising concerns about their potentially deadly neighbors for years.

This storm poses a major test for Scott Pruitt’s Environmental Protection Agency (EPA), which so far has garnered more headlines for discouraging any discussion of climate change’s role in Harvey’s wrath than for its swift response to the storm’s widespread damage.

While Harvey has proven to be a worst-case flood scenario from inland flooding — it was the most extreme rainstorm on record in the U.S. — it’s not actually the worst storm the oil, gas, and chemicals industry in the Houston area may one day face.

Tropical Storm Harvey was mainly a rain threat in Houston, with a minor to moderate storm surge. Many of the refineries and chemical plants are much more vulnerable to storm surge flooding. 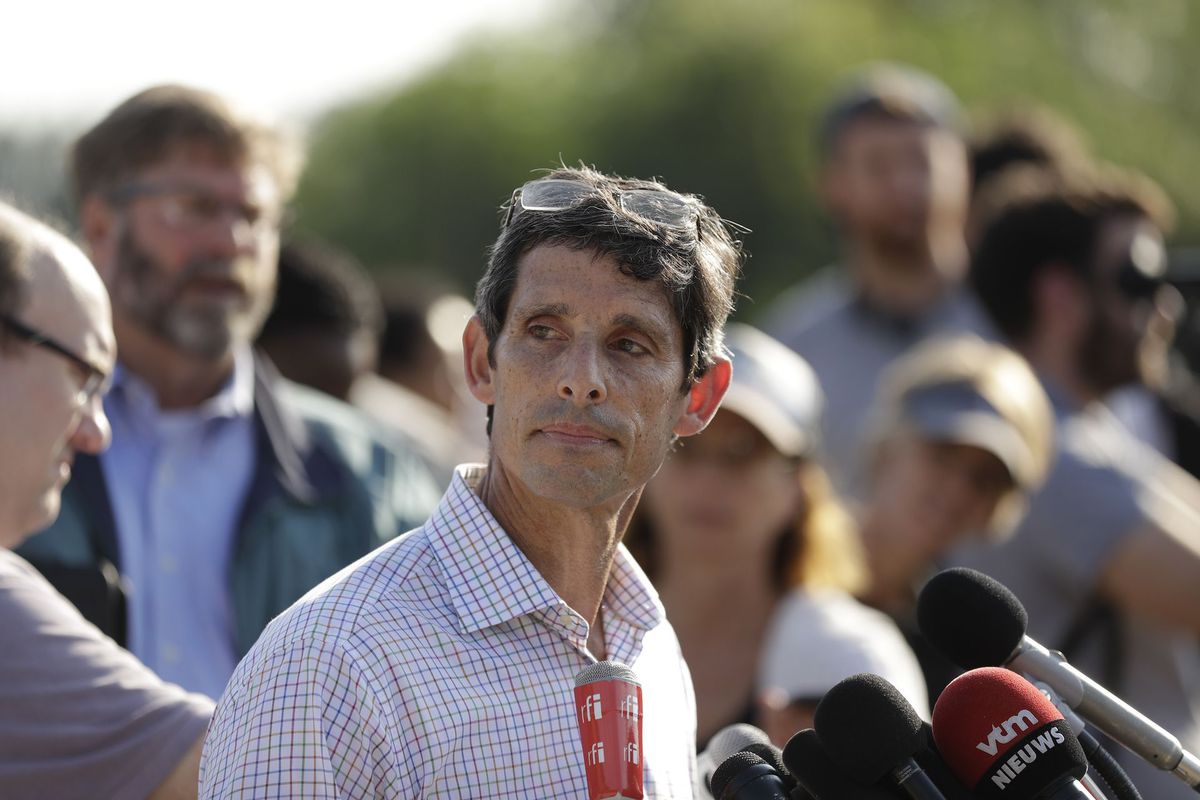 Richard Rennard, president of acrylic monomers, America for Arkema Inc. speaks during a news conference, in Crosby, Texas, on Aug. 31, 2017.

The real worst-case storm for industry will come in the form of a powerful hurricane that brings major storm surge flooding up the Houston ship channel, as detailed in investigative reporting in 2016 by Pro Publica and the Texas Tribune. Such a storm could cause far more pollution than Harvey has, and cripple U.S. oil refining capacity.

Environmental groups have been tracking the hazardous materials releases from industry facilities as well as Superfund sites in Houston. The Sierra Club, for example, put together an interactive map and a public database of all of the potentially-hazardous facilities in the Houston and Galveston area.

“This map shows the world the threats we have lived with for years, and the environmental injustices we’ve been saddled with,” said Sierra Club organizer Bryan Parras, in a statement. “The disastrous fire at Arkema this morning just goes to show the danger our community remains in for the days and weeks to come.”

“As the clouds clear and the sun returns, and we begin to think about rebuilding, we must ensure that the recovery is just and equitable, and ensures communities are not displaced nor threatened by these toxic sites ever again, no matter the weather,” Parras added.