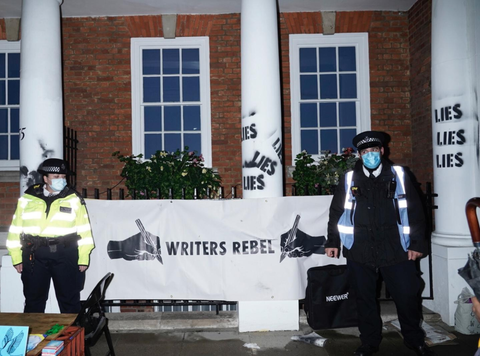 Four Extinction Rebellion activists were arrested on Wednesday night at the end of a demonstration in Westminster against the influence of “right-wing climate sceptic thinktanks” on the UK’s political system.

The arrestees included former Green Party spokesperson and philosophy professor Rupert Read, who was removed by police after pouring fake blood over the entrance to 55 Tufton Street.