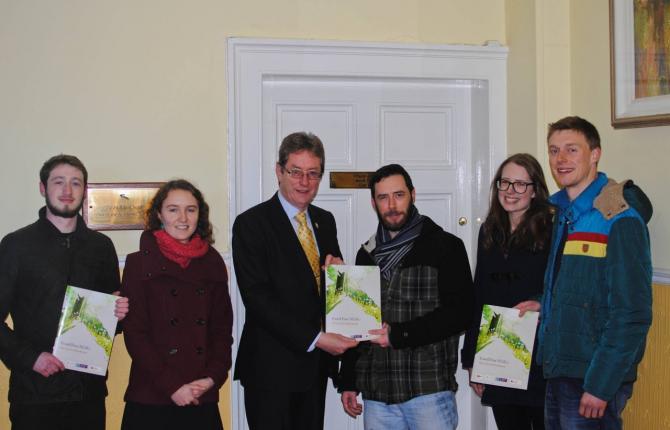 The event, organised in conjunction with Trócaire,  will take place in The View, Áras na Mac Léinn, on Tuesday, 21 March from 10am until 5pm.

The congress looks to build on, and add dialogue to, CCAFS society’s success last year. They submitted a petition of over 1000 signatures and a report highlighting the case for divestment of the €3.4 million worth of shares that NUI Galway has invested in fossil fuel companies.

The University has since agreed to withdraw these investments and adopt a sustainable investment policy by the end of 2017.

Colm Duffy, Auditor of the CCAFS Society and Director of the Fossil Free Campaign, said: “Divestment movements are happening the world-over and Climate Congress 2017 will reflect this. A variety of guests will speak at the conference exploring the topic of sustainable investment from political, social, and environmental standpoints.”

Thomas Pringle T.D., who proposed the fossil fuel divestment bill to the Dail, will speak at the conference, along with Ian Halstead of L&P Investment Services Ltd and Trócaire’s, Clíona Sharkey.

In January, the Government was defeated as the Fossil Fuel Divestment Bill passed the second stage 90 votes to 53.

Friends of the Earth described as “historic” the vote to progress a Bill to pull taxpayer’s money out of fossil fuel companies.

Commenting on the landmark vote at the time, Oisin Coghlan, Director of Friends of the Earth said:

“This is first real sign of leadership from Ireland on climate action.

“Over the last 20 years our Governments have more often been laggards than leaders. Playing catch up at best, more often being delinquent.

“Today our parliament stepped up and overruled the ministers and civil servants whose first instinct is to do as little as possible, and nothing at all until they are forced to act.”

The campaign to divest the Ireland Strategic Investment Fund from fossil fuels has been led by Trócaire, with the support of the Stop Climate Chaos coalition. It is one of the top line policy demands of Stop Climate Chaos.

Tomorrow’s event is free to attend and lunch will be served in the afternoon. Booking in advance is advised and can be done by clicking here

For further information contact the CCAFS Society at ccafs@socs.nuigalway.ie