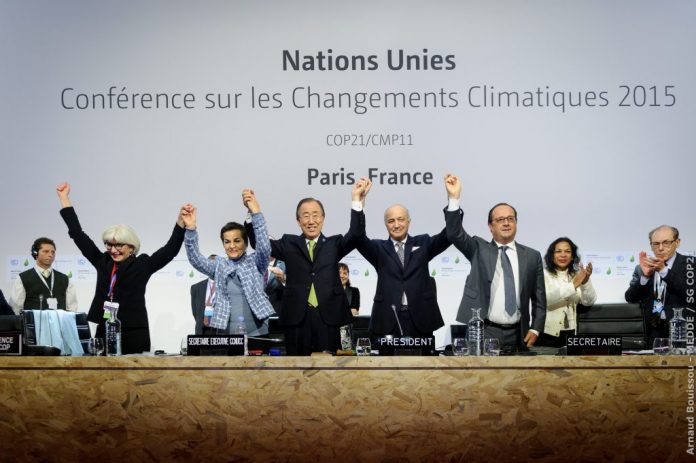 Governments are meeting for the next round of UN climate change negotiations over the following fortnight to further develop guidelines for implementing the landmark 2015 Paris Climate Change Agreement.

Countries will meet from 30 April to 10 May to accelerate and complete their work to put in place the guidelines – officially termed the Paris Agreement Work Programme (PAWP) –  at COP24 in Katowice, Poland in December.

Finalizing the Paris Agreement guidelines is also necessary to assess whether the world is on track to achieve the Agreement’s goals to limit the global temperature increase to well below 2°C, while pursuing efforts to limit it to 1.5°C.

Another important objective of the May session is holding the Talanoa Dialogue. This dialogue aims to facilitate the engagement of countries and a range of stakeholders in a vital international conversation around ambition now and in the future.

The Fiji-led Talanoa Dialogue is facilitated by the UN Climate Change secretariat and will benefit from the presence of high-level officials from Fiji, including the Prime Minister, who was the President of COP23.

“To reach success at COP24, it is essential that nations begin working towards draft negotiating texts at the May meeting. This will provide a solid foundation for work in the second half of 2018 and help them to deliver a strong result,” said Ms. Patricia Espinosa, Executive Secretary of UN Climate Change.

“2017 witnessed many extreme weather events and disasters that caused suffering for millions of people around the world. The consequences of climate change impacts are already being felt, particularly by the most vulnerable communities,” Ms. Espinosa added.

“The Talanoa Dialogue is a key opportunity for all stakeholders to come together and share stories on how we can significantly step up climate action to prevent even greater human suffering in the future. I encourage widespread participation in the Dialogue.”

Earlier this year, Prime Minister Frank Bainimarama of Fiji, President of COP23, and Ms. Espinosa urged countries that are yet to do so to ratify the amendment containing the second commitment period of the Kyoto Protocol.

The Doha amendment sets out emission reduction commitments for the period 2012-2020 for many developed countries. The amendment has been ratified by 111 countries and will enter into force after it is ratified by just over 30 more.

Ms. Espinosa said: “I strongly urge developed countries to make progress towards mobilizing the USD 100 billion that they have pledged to provide per year by 2020. Many developing countries desperately need this support in order to make their contribution to climate action.”

The post Global leaders set to meet for next round of UN climate change negotiations appeared first on Green News Ireland.