As global temperatures rise, this “permafrost” land is at increasing risk of thawing out, potentially releasing its long-held carbon into the atmosphere.

Abrupt permafrost thaw is one of the most frequently discussed “tipping points” that could be crossed in a warming world. However, research suggests that, while this thawing is already underway, it can be slowed with climate change mitigation.

This article is part of a week-long special series on “tipping points”, where a changing climate could push parts of the Earth system into abrupt or irreversible change

Yet, what is irreversible is the escape of the carbon that has been – and is being – emitted. The carbon released from permafrost goes into the atmosphere and stays there, exacerbating global warming.

Permafrost and the global climate

Permafrost is ground that has been frozen for at least two consecutive years. Its thickness ranges from less than one metre to more than a kilometre. Typically, it sits beneath an “active layer” that thaws and refreezes every year.

A warming climate puts this perennially frozen ground at risk. When temperatures rise, permafrost thaws – it does not melt.

There is a simple analogy: compare what happens to an ice cube and a frozen chicken when they are taken out of the freezer. At room temperature, the former will have melted, leaving a small pool of water, but the chicken will have thawed, leaving a raw chicken. Eventually, that chicken will start to decompose.

This is exactly what happens to permafrost when temperatures increase. One quarter of the landmass of the northern hemisphere is underlain by permafrost, which acts like Earth’s gigantic freezer and keeps enormous amounts of organic matter frozen.

This organic material includes the remnants of dead plants, animals and microbes that accumulated in the soil and were frozen into permafrost thousands of years ago.

Arctic temperatures have been increasing more than twice as fast as the global average. This has caused permafrost thaw in many locations and triggered newly awakened microbes to decompose the organic material thereby releasing CO2 or methane into the atmosphere.

Both gases are greenhouse gases, but methane is 28-36 times more potent than CO2 over a century. However, there is more CO2 than methane in the atmosphere and methane is oxidised to CO2 on timescales of about a decade. So, it is the change in atmospheric CO2 concentration that really matters for long-term climate change.

So, what role will permafrost play in future carbon emissions? And is there a tipping point that could trigger rapid thaw?

Scientists estimate that there is about twice as much carbon stored in permafrost as circulating in the atmosphere. This is approximately 1460bn-1600bn tonnes of carbon.

Most of it is currently frozen and preserved, but if even a small fraction is released into the atmosphere, the emissions would likely be large – potentially similar in magnitude to carbon release from other environmental fluxes, such as deforestation.

This would still be about one order of magnitude smaller than emissions from fossil-fuel burning by the end of this century. Nevertheless, every additional molecule of CO2 or methane added to the atmosphere accelerates climate change and affects the whole planet and its climate.

To our current knowledge, carbon release from permafrost is a gradual and sustained process that continually adds carbon to the atmosphere – thus, further reinforcing warming.

Once the organic matter within permafrost decomposes and releases CO2 and methane, there is no getting it back. In this sense, permafrost thaw is irreversible – meeting one of the conditions of the definition of a tipping point.

However, recent research suggests that if temperature rise were to slow and stop, permafrost thaw, too, would slow – and potentially stop, thus, preventing further emissions.

This suggests that permafrost as a whole will not have shifted to a completely new state – as is the case with some tipping points, such as the melting of the Greenland ice sheet. As a result, it would be possible to prevent further emissions were global warming to be halted.

But, as things stand, permafrost thaw has already been observed in many locations in the Arctic. And as the recent special report on the ocean and cryosphere by the Intergovernmental Panel on Climate Change (IPCC) points out, warming this century will cause substantial emissions from permafrost:

How to add certainty to permafrost carbon release

The ultimate contribution of permafrost carbon to climate change depends on a variety of factors: how much of the carbon will come out as CO2 or methane, for example, and how much can plants and trees offset some of the additional carbon release.

Permafrost degradation can occur as gradual top down thaw or as abrupt collapse of thawing soil. Both processes release carbon to the atmosphere.

Gradual top-down thaw is the result of warmer air temperatures causing the soil to thaw from the top down, whereas abrupt thaw occurs suddenly and unpredictably.

Permafrost can contain up to 80% ice. If the ice melts – remember the ice does melt even though the soil does not – the ground suddenly collapses and deep layers get exposed to air temperature.

Collapsing ground can leave the landscape pockmarked by “thermokarst” lakes, filled with meltwater, rain and snow. These wet conditions can promote the release of the more potent greenhouse gas methane.

In uplands, natural drainage creates drier soil conditions after permafrost thaw, thereby accelerating organic matter decomposition and releasing large amounts of CO2. The ultimate impact of carbon release from permafrost will be stronger when a larger percentage of the permafrost zone dries out after thaw.

What fraction of the landscape will become wetter or drier after thaw depends on the distribution of ground ice, but current ice measurements are only sporadic and better spatial coverage and more up to date measurements are urgently needed.

Another important factor in the carbon balance of the permafrost zone is the carbon uptake by plants. The question is how much carbon release from thawing permafrost can be offset by increased plant growth? Plants take up carbon from the atmosphere and use it to grow and maintain their metabolism.

Warmer conditions in the Arctic and all its associated changes stimulate plant growth, which means that some of the carbon added to the atmosphere from thawing permafrost is taken up by the boost to plant growth. But it is unclear how much carbon will be offset by plants and it is unclear how sustained this process is.

For the moment, models only account for gradual top-down thaw, but recent estimates show that abrupt thaw and collapsing soil could double carbon release from permafrost. One thing is clear: the less temperatures increase in the Arctic, the more permafrost will stay frozen and the more carbon will stay locked up in permafrost.

Often mentioned in the same breath as permafrost thaw is the potential danger associated with the breakdown of methane hydrates, also known as “clathrates”. This is methane “ice” that forms at low temperatures and high pressures in continental margin marine sediments or within and beneath permafrost.

Of particular concern are the methane hydrates stored beneath the East Siberian Arctic Shelf (ESAS), a shallow coastal region to the north of Russia. Studies have suggested that thawing permafrost is releasing this methane, letting it bubble up and out of the seawater. This has led to research warning that the escape of large quantities of methane could have “catastrophic consequences for the climate system” and media reports of an impending “methane timebomb”. 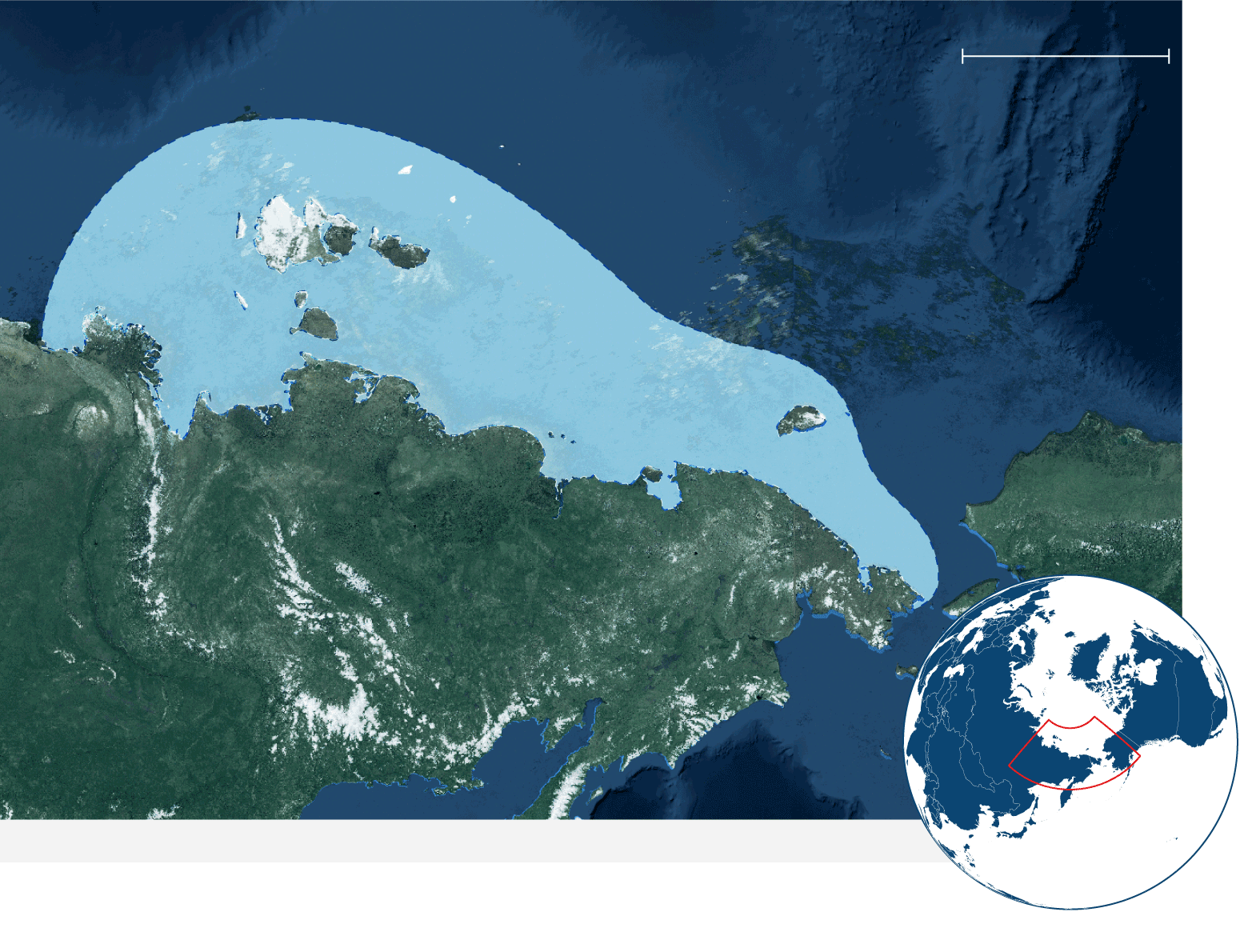 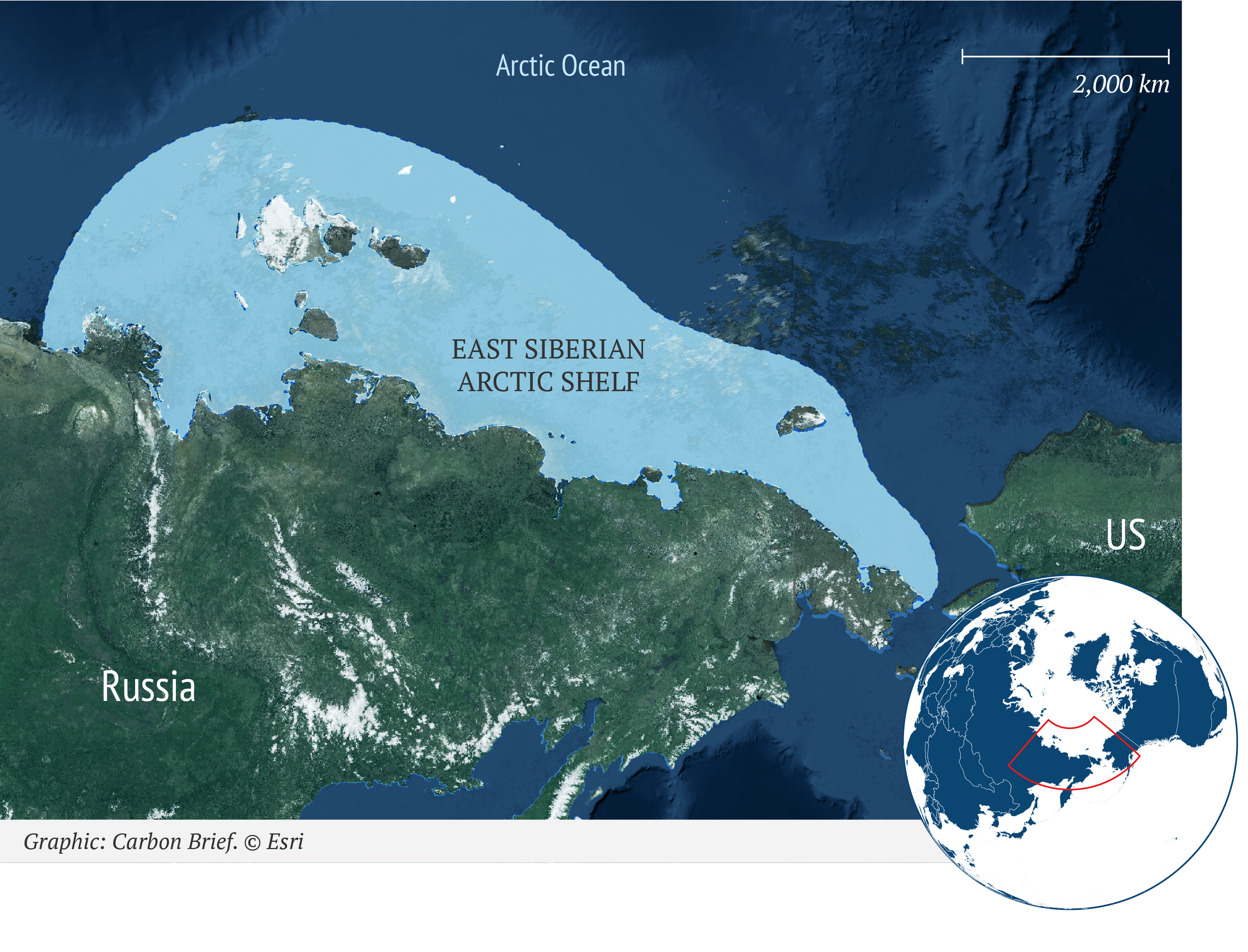 In conversation with Dr Carolyn Ruppel, chief scientist for the US Geological Survey’s Gas Hydrates Project, she tells me that methane hydrates trap about one-sixth of Earth’s methane carbon and that some deposits may, in fact, be degrading now as the climate warms. But, she says:

“If the methane released during gas hydrate degradation reaches the ocean, it would mostly be consumed by bacteria in the water column and not reach the atmosphere.  In permafrost areas, degrading gas hydrate is usually deeply buried, so permafrost thaw is the more important contributor to greenhouse gas emissions.”

While there “may be substantial methane leaking from Arctic continental shelves in areas of thawing subsea permafrost”, says Ruppel, “studies have shown that the flux rates are probably overestimated and the most likely source of the leaking methane is not thawing gas hydrates”. She adds:

“Permafrost-associated hydrates are not that widespread and often occur deeper than the shallower sources of methane that can more readily leak into the atmosphere.”

So, the latest research suggests that a methane bomb from thawing hydrates is not on the horizon. However, for permafrost, the science shows that thaw is already underway and the carbon it is releasing will already be contributing to our warming climate.