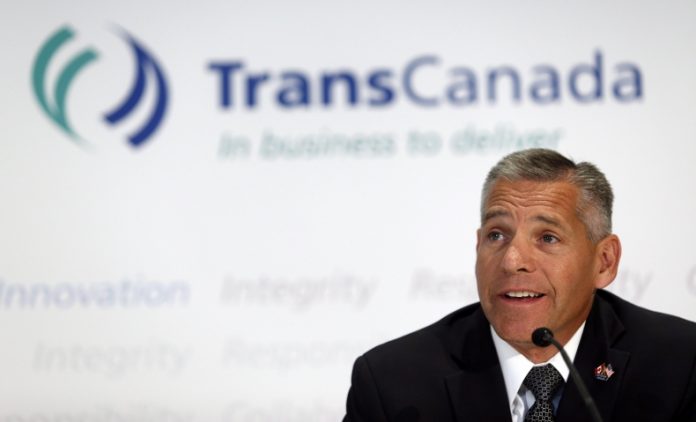 Last week, Canada’s federal energy regulator made national history. For the very first time, it ruled that upstream and downstream greenhouse gas emissions would be considered in its review of a major pipeline project.

This means the regulator will investigate the impact of pollution not only from the pipeline’s construction and operations, but also from the crude oil it ships as well.

TransCanada Corp.’s Energy East pipeline, the largest pipeline proposal in North American history. If approved, it would stretch 4,500 kilometres between the Canadian Prairies and the East Coast, as it ships up to 1.1 million barrels of oil to tidewater every day.

Environmentalists were quick to claim victory with the National Energy Board’s (NEB) ruling, with one calling the historic climate change consideration “another nail in the coffin” for the controversial pipeline project, which has been plagued by delays, restarts, and conflict of interest allegations.

But the NEB’s decision to consider indirect, climate-warming greenhouse gas (GHG) emissions may not be set in stone — TransCanada could still appeal it. If the Calgary-based company is successful in court, it could have those emissions scrapped from the pipeline review altogether.

According to the National Energy Board Act, the Board “may review, vary or rescind any decision or order made by it or rehear any application before deciding it.” It is this section, 21(2), explained NEB spokesperson Marc Drolet, that would allow TransCanada to “request a review and variance” of the NEB’s decision to include upstream and downstream GHGs in its evaluation of the Energy East pipeline.

“Parties, including the applicants, regularly file motions requesting that the Board reconsiders its decisions,” he told National Observer via email.

​Upstream and downstream GHGs, also known as indirect emissions, are the emissions produced in the refining, processing and transportation of the pipeline’s oil, rather than those produced directly from its construction and operation.

The NEB has recognized that such emissions are “beyond the control” of TransCanada, which cannot dictate what happens to oil after it leaves the pipeline. It has ruled however, that given its mandate to make decisions in the public’s best interests — and the public’s demonstrated interest in climate change impacts — indirect GHG emissions are relevant to its review of Energy East.

Asked if TransCanada would consider appealing the NEB’s decision, the company declined to comment. “We are taking the time necessary to understand the potential impacts on the project,” said spokesperson Tim Duboyce in an email to National Observer.

His comments come after the company actively tried to prevent the NEB from including indirect emissions in hearings for Energy East in a letter sent by its legal team to the NEB on May 17. The letter argued that consideration of indirect GHGs would be “completely redundant and unnecessary,” given that such analysis falls within the purview of the federal government. In addition, wrote lawyer C. Kemm Yates, indirect emissions have not been considered in previous pipeline reviews, and to do so for Energy East would conflict with the NEB’s goals of achieving “continuity, consistency and a degree of predictability.”

Here’s how it would likely go down (if it did)

In its 2014 review of TransCanada’s controversial Keystone XL pipeline, the U.S. State Department’s decided to include upstream and downstream GHG emissions. The pipeline would run south from Alberta to Steele City, Neb. and at the time, was predicted to generate more than 20 million tonnes of climate-polluting carbon emissions per year.

Ultimately, the Obama administration cited environmental concerns, including Keystone XL’s impact on global GHG emissions and climate change, in its rejection of the proposal in November 2015. But TransCanada wouldn’t take ‘no’ for an answer, and in January 2016 it launched an historic appeal of the former president’s decision to terminate the project, seeking US$15 billion in damages.

TransCanada, which operates throughout North America, dropped its appeal however, when U.S. President Donald Trump reversed Obama’s decision, and signed an executive order that invited TransCanada to reapply for a permit to build the pipeline, which would run from Alberta south to Steele City, Neb. Efforts to secure all the necessary permits and approvals remain underway, TransCanada reports.

If it chooses to fight the NEB’s list of topics to be considered in hearings for Energy East, TransCanada has two options: it can file for a judicial review of the NEB’s decision or launch an appeal in Federal Court. The latter is for issues raised that concern law or jurisdiction, while the former deals with everything else.

It’s unclear at this point, said Ecojustice lawyer Charles Hatt, which route the company would take, given that it has not yet indicated intentions to contest the NEB’s decision. Both however, would require TransCanada to come up with a compelling reason that its arguments should be heard now rather than at the conclusion of the administrative process.

The process reaches it end when the NEB either recommends or rejects the project, Hatt explained, and the federal government decides whether or not to issue permits for the pipeline. Both Hatt and University of Calgary law professor Nigel Bankes agree that in either case — judicial review or formal appeal — the courts would be likely to dismiss TransCanada’s arguments as premature.

“Whether by appeal or judicial review, neither is very easy,” Hatt told National Observer. “In general, it’s difficult to try and bring a preliminary scoping decision before the courts while the administrative process is still unfolding. Courts usually like to let the process play out and deal with concerns with whether the process was done lawfully or not at the end.”

“It would be relatively rare for someone to take a run at these sorts of interlocutory rulings,” added Bankes. “What the courts generally say is, ‘We’re not going to interfere in this preliminary stage. We’ll look at these issues at the end of the day when the Board or governor in council has come to a final conclusion.'” 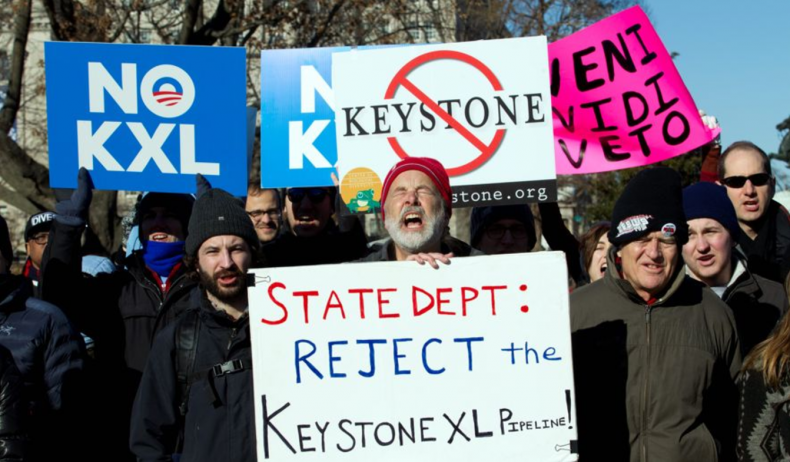 A “reasonable” argument could be made

According to Bankes however, who specializes in natural resource, energy, oil and gas law, in its May 2017 letter to the NEB, TransCanada’s lawyer raises what could be an important legal argument: the NEB has previously declined to consider upstream and downstream GHG emissions for major Canadian pipeline projects.

In 2013, ForestEthics (now known as Stand.earth), launched a lawsuit against the NEB’s conditional approval of the Enbridge Line 9B pipeline project. It argued, among other things, that the NEB’s interlocutory decision to remove upstream and downstream climate change contributions from Alberta’s oilsands from its review of the pipeline was unreasonable. At the time, the NEB had decided such emissions were “irrelevant.”

In October 2014, a Federal Court of Appeal dismissed the organization’s request for a judicial review. The NEB Act, it noted, does not explicitly require the Board to consider climate change, which falls broadly under the purview of Parliament, and the Board has wide discretion over what it considers to be within the public interest. ​

“The Federal Court of Appeal said that the Board’s interpretation of the Act made that (exclusion of emissions) a reasonable decision,” said Bankes in a phone interview. “I guess the question now is, having been no changes to the National Energy Board Act… is it reasonable for the Board now to interpret the act quite differently?”

Bankes said arguments could be made “both ways” in favour of, and against, the inclusion of upstream and downstream GHG emissions in the Energy East pipeline review. The test the courts will apply, he added, is not whether the NEB made a ‘correct’ decision in including them, but whether their interpretation of the NEB Act, their public interest mandate, and what topics are of public interest, is a “reasonable interpretation” of the legislation.

Anyone with “sufficient interest” in the Energy East project could appeal the NEB’s decision, he added, including the governments of Saskatchewan or New Brunswick, both of which have supported the pipeline. That said, anyone opposed to it could also apply to intervene in the matter, including environmental groups, First Nations and provincial governments.

The regulator has confirmed, however, that in between now and the hearing date, the public will have an opportunity to weigh on the “completeness” of TransCanada’s application packages for both pipeline proposals.