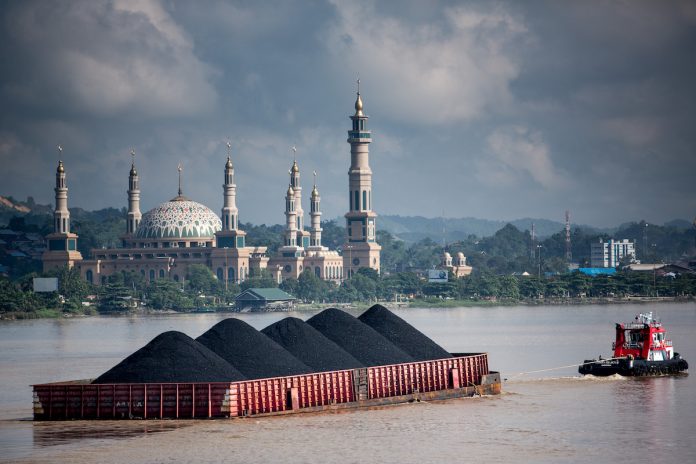 The Indonesian government is relying on so-called “clean coal” technology to help reconcile its climate goals with plans to rapidly expand coal-fired energy.

But even in countries with far greater resources than Indonesia, clean coal is often called a pipe dream or an oxymoron.

The most advanced technologies can, in theory, remove some 90 percent of carbon and harmful particulates from coal exhaust. But they drive up the cost of building a coal-fired power plant by about 70 percent, said Ed Rubin, an engineering professor at Carnegie Mellon University, in an interview with Mongabay.

Only two full-scale projects using this carbon capture and storage technology are in operation: Boundary Dam coal-fired power plant in Canada began operation in 2014 (and has consistently fallen short of the 90 percent carbon removal goal) and Petra Nova began operation in the United States this year.

Otherwise, only a smattering of pilot projects and small-scale operations has used the technologies that are the focus of clean-coal hopes. Cost overruns and technical difficulties have characterized these projects, and many have been terminated.

The more modest technologies that fall under the broad umbrella of “clean coal” — those that focus on improving efficiency and thus reducing carbon emissions by some 20 percent — are used in more than 500 plants worldwide. These may be within Indonesia’s reach.

They will not be enough on their own to secure Indonesia’s climate goals. They may help, however, if Indonesia secures the funding to implement them and succeeds in fostering its renewable energy resources at the same time, as planned.

Even if Indonesia sequesters some carbon this way, many environmental advocates remain opposed to Indonesia’s coal expansion, as numerous other concerns about the health and environmental impacts of the coal industry remain.

Technology Indonesia plans to use

Plants built with the modest clean coal technologies referred to above are called “supercritical” or “ultra-supercritical,” as opposed to the traditional “subcritical.” The difference is in the steam pressure.

Though there are various methods of processing coal to produce energy, coal is usually pulverized then burned to heat water in the boiler, which becomes steam that pushes turbines into motion.

Supercritical and ultra-supercritical boilers are built to withstand higher temperatures and greater pressure. Under these conditions, less energy is needed to turn the water into steam, making the boilers more efficient and thus decreasing the amount of emissions per megawatt hour. 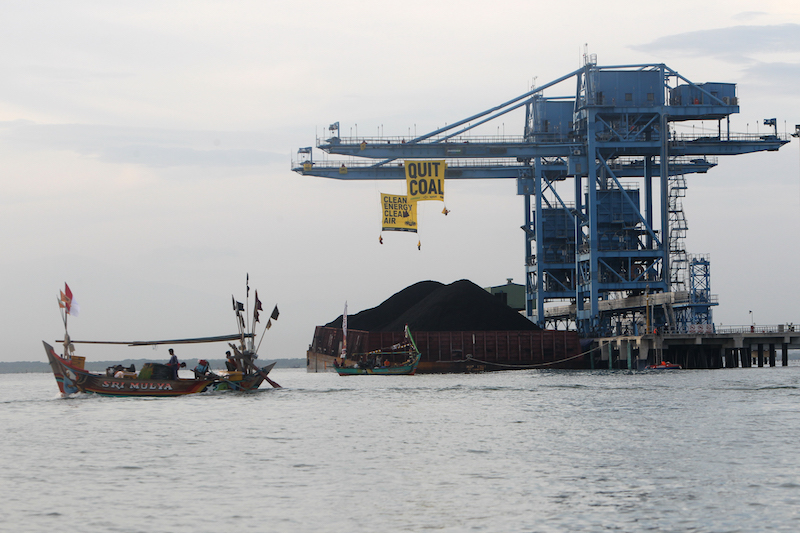 While supercritical technology has taken hold in Europe, Japan, and some other countries, it’s far from the norm worldwide, and particularly in Indonesia. Indonesia’s first supercritical coal-fired power plant, Cirebon, began operation in 2012. It is being expanded with two ultra-supercritical units still in the testing phase.

Retrofitting has not proven to be economically viable, according to IEA, so there is little hope for existing subcritical plants to shape up. 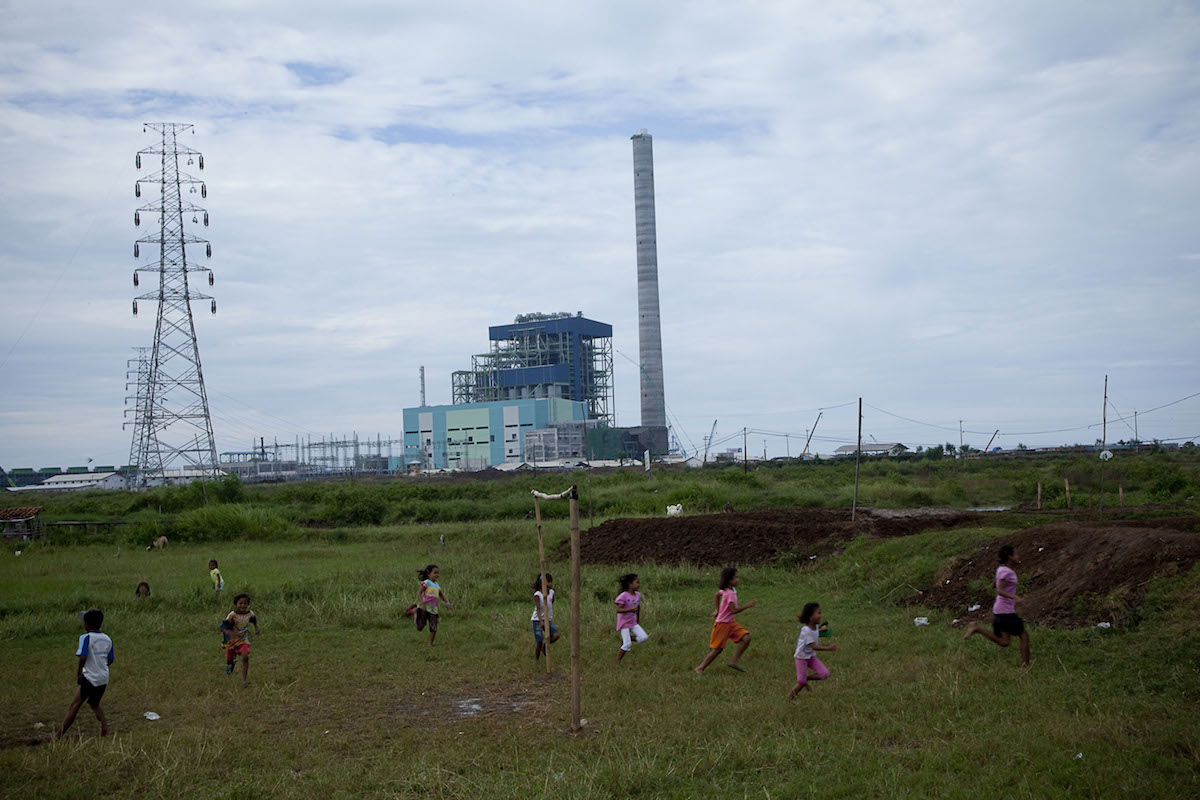 Children in Cirbon, Indonesia, play with a coal plant visible in the background. Photo by Henri Ismail/Greenpeace.

Technology Indonesia hopes to use

Other, more cutting edge methods of “cleaning” coal may become available to Indonesia if they thrive in other countries. That’s a big “if.”

The carbon capture and storage used in Canada’s Boundary Dam and the United States’ Petra Nova plants could become viable. Although these projects cost some $1 billion, Rubin noted that further research and development could bring down the costs significantly.

He used a historical example: in the 1970s talk of “clean coal” centered on the removal of sulfur dioxide from plant emissions. The technology to do this was far from economical and technically flawed at the time, but the price dropped by half over the course of a couple of decades and it is now commonly used.

Various methods are used to capture carbon, but the most common is to have a liquid solvent bind with and absorb CO2 from the power plant’s exhaust. The solvent is then heated to release the CO2 into storage containers. This CO2 is then often used to help extract oil. It’s pumped into the ground to push oil up, and remains sequestered deep underground.

The successes or failures of Petra Nova could help determine the future of this technology. U.S. President Donald Trump has expressed support for clean coal technology, which may help it grow in the United States and eventually the rest of the world.

Another high-profile clean coal attempt in the United States uses a technology called gasification, which is now being tested in Indonesia. A Japanese company, IHI Corporation, has invested in a prototype plant in Indonesia’s PT Pupuk Kujang Industrial Estate Area that is expected to finish testing this year, according to the Jakarta Globe.

With gasification, instead of burning the coal, the coal is turned into a gas using steam and pressurized air that force carbon molecules apart. The impurities are more easily separated from the resulting gas which is then burned to produce energy.

The U.S. gasification plant, Kemper County Energy Facility in Mississippi, has run $4 billion over budget and was supposed to open in 2014 but remains inoperative. 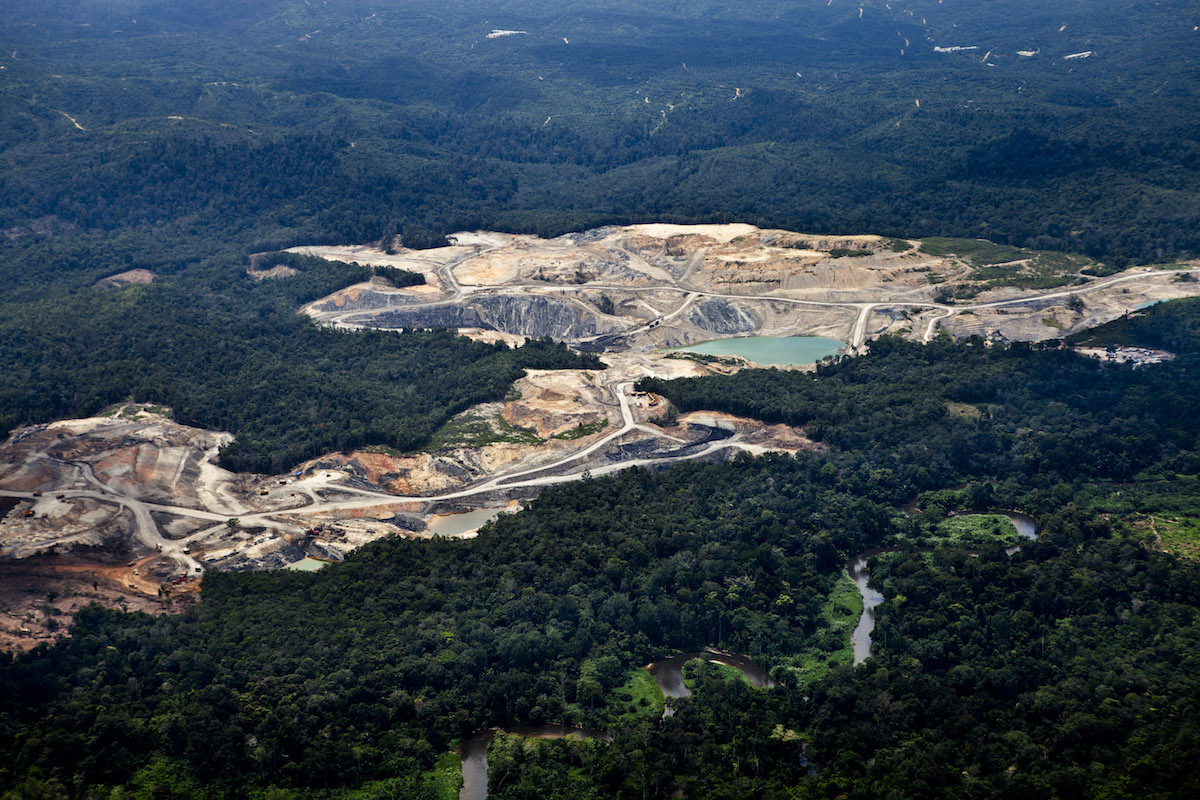 Aside from CO2, substances such as nitrogen oxides and sulfur oxides that are harmful to human health and the environment enter the air from coal plants.

Rajender Gupta, a chemical engineer at Canada’s University of Alberta, told Mongabay carbon capture technologies also remove these substances. In supercritical plants, these pollutants are decreased the same as carbon, by way of efficiency. But individual technologies to most effectively filter out these harmful substances are still not widely used, Gupta said.

Other environmental impacts of coal use include the clearing rainforest habitat for coal mining operations and the use of water — Greenpeace reported that “A typical coal plant withdraws enough water to fill an Olympic-sized swimming pool every three and a half minutes.”

A 2016 report on the coal industry by a coalition of NGOs, including the Sierra Club, criticized all attempts to green coal: “Replacing less efficient plants with new high-efficiency plants, while it can lead to a short-term reduction in carbon emissions, can lead in the long term to increased carbon emissions by delaying the ultimate replacement of coal power with clean power solutions such as wind and solar power.”

Rubin is among those, on the other hand, who think coal still has an important transitional role and that clean coal technologies could make that role less damaging. “The cost of some renewables has come down significantly … but renewables still cannot do the job that coal has been doing, which is providing electricity 24 hours per day.”

He added: “When we talk about the cost of renewables coming down, what tends to be excluded from those numbers is the cost that it would take to provide electricity when the wind isn’t blowing, when the sun isn’t shining.”

Geothermal is a type of renewable energy that doesn’t have the fluctuation problems of wind and solar. Indonesia has the greatest geothermal energy potential in the world, with about 40 percent of total global geothermal resources, according to the World Bank. High capital costs and some regulatory issues in Indonesia are among the obstacles for developing geothermal.

FEEDBACK: Use this form to send a message to the author of this post. If you want to post a public comment, you can do that at the bottom of the page.