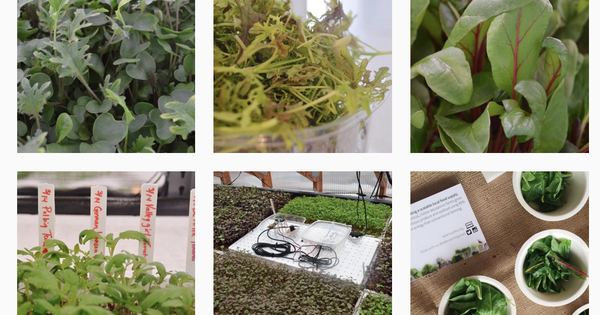 There was a time when TreeHugger was peppered with posts about aquaponics—the process of raising fish and growing produce in a mutually symbiotic relationship where the fish poop feeds the plants and the plants filter the water. From backyard tinkerers to would-be urban farming entrepreneurs, it seemed like everyone was talking about how this concept could revolutionize farming and help the food system circumnavigate the impending doom of peak oil.

And then we waited.

As with all new concepts, I am sure that many of those projects we featured in the early days have fallen by the wayside. But even though the $200 barrel of oil has yet to come to pass, aquaponics enthusiasts have been hard at work and may be beginning to bring their efforts to scale. Cara Eisenpress over at Crain’s New York Business has a fascinating overview of the various aquaponics start-ups that now pepper New York, discussing not just the technical aspects of making this concept work, but the commercial aspects too. After all, while growing food near to where it is consumed may make sense from an ecological perspective, we can’t ignore the sky-high cost of real estate in New York, combined with the ridiculously low price of oil.

There are signs of progress, says Crain’s. Edenworks, for example, a start-up based out of East Williamsburg, Brooklyn, has just secured a commitment to supply Whole Foods stores across New York with microgreens and baby greens. This commitment will, apparently, allow the team to expand to a 8,000 to 10,000 square foot warehouse where it intends to grow 120,000 pounds of greens and 50,000 pounds of fish each year. They expect to turn an operating profit in year one.

From the freshness of the produce to the quick turnaround times (greens can be planted and harvested in a matter of weeks—meaning chefs can order specific mixes to complement their menus), there are many reasons why Edenworks and similar projects can charge a premium. But budgets aren’t unlimited. Still, Eisenpress notes that sustainable pricing is hardly a problem of aquaponics alone—land is expensive in and around New York, so all local food suppliers have to find a way to charge more than the Californian and Mexican competition.

There are still many challenges to overcome. And doubtless many of these pioneers won’t make it. But it seems likely that one day, somebody is going to crack the code for long-term, sustainable aquaponics. Edenworks sound like they are closer than many to making it work.