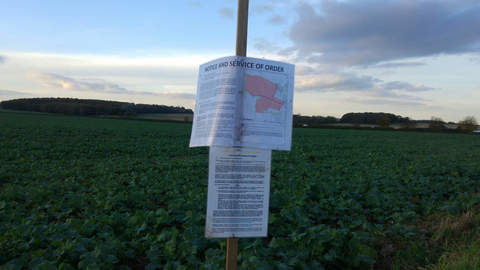 Two environmental campaigners who opposed the order argued it was “unprecedented” and “draconian” and should be dismissed.

On 23 November, Mr Justice Morgan ruled that the interim injunction should remain in place. The campaigners can appeal.  A future trial would be needed to make the order permanent.