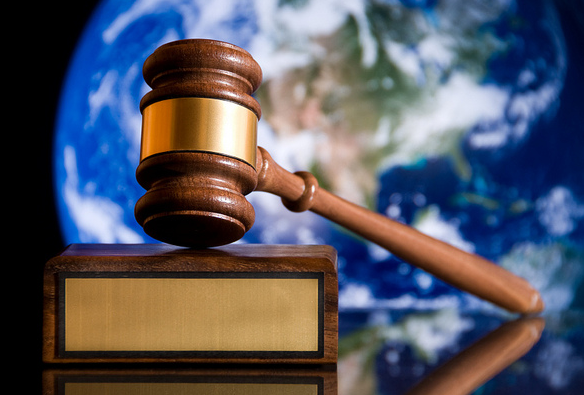 Large fines loom for the Government as the European Commission brings the Irish State back to court over its decade-long failure to carry out an environmental impact assessment for Ireland’s largest wind farm.

The Environmental Pillar – a coalition of 28 national environmental organisations – welcomed the Commission’s decision which highlights the catastrophic failure by our Government to adhere to environmental law and forces Ireland to protects its environment for its people.

In July 2008, the Court of Justice of the European Union (CJEU) ruled that Ireland had failed to carry out a proper assessment for the 70 turbine Derrybrien wind farm which was built in the early 2000s. The Government has yet to carry out the assessment on the site. [1]

The Commission has now requested that the CJEU slap Ireland with a minimum fine of €1.6m euro, as well as a daily penalty of a just over €12,000 if Ireland does not fully comply by the date of the Court’s ruling. The final decision on any potential penalties rests with the ECJ, whose ruling will be binding. [2]

The construction of the controversial wind farm by Hibernian Wind Power – a wholly owned subsidiary of the ESB – led to the removal of large areas of forest and extraction of peat up to 5.5 metres deep on the top of the Cashlaundrumlahan Mountain.

The construction work on the wind farm led to a 2km landslide in October 2003, which the Commission itself has called “environmentally devastating”. The incident caused 450,000 cubic meters of peat to slide down the mountainside, which was washed into the local river systems. [3]

The landslide destroyed the ecology of a 20km section of a nearby river system, killed around 50,000 fish, affected the water supply to nearby Gort and caused damage to the Loch Cutra Special Areas of Conservation site.[4]

The ECJ has previously hit the Irish government with a €1.5 million in 2012 for its failure to put sufficient standards on environmental impact assessments in place as outlined in the EIA Directive. [5]

The Directive states that impact assessments must be carried out by certain public and private projects likely to have a significant impact on the environment before construction begins. [6]

“We welcome the Commission’s decision to take the Irish State back to the courts on this serious issue and highlight the catastrophic failure by our Government to adhere to environmental law.

“It has been almost 15 years since the ecologically devastating landslide of October 2003, which could have been avoided if a proper assessment had been undertaken.

“We hope that the threat of being slapped with rolling daily fines will act as a big wake-up call for our Government.

“However, any fines are just the tip of the iceberg when it comes to expenses incurred by the Irish people for environmental damage in our country.

“Damage is being done to our natural resources on a daily basis and there will be huge long-term economic costs in trying to fix the problems.”

[1] Commission of the European Communities v Ireland. Failure of a Member State to fulfil obligations – No assessment of the environmental effects of projects within the scope of Directive 85/337/EEC – Regularisation after the event. Case C-215/06: http://curia.europa.eu/juris/liste.jsf?language=en&num=c-215/06
[2] Under Article 260 of the Treaty on the Functioning of the European Union (TFEU), if a Member State has not taken the necessary measures to comply with a judgment of the Court of Justice, the Commission may refer the matter to the Court of Justice. The decision on a second referral to the Court of Justice on the basis of Art. 260 of TFEU must always be accompanied by a proposal for a penalty and/or lump sum payment.
[3] Environmental impact assessment: Commission takes Ireland back to the Court and proposes fines: http://europa.eu/rapid/press-release_IP-18-355_en.htm ; Derrybrien landslide killed up to 100,000 fish, board claims: https://goo.gl/XVBGJK
[4] Environmental Pillar: Tree Cover Policy http://environmentalpillar.ie/wp/wp-content/uploads/2013/10/Environmental-Pillar-Tree-Cover-Policy-Nov-2010-3.pdf
[5] Ireland fined by European Court of Justice – Over Septic Tanks and Environmental Impact Assessments: https://goo.gl/quEJLF
[6] Environmental Assessment: http://ec.europa.eu/environment/eia/index_en.htm

The Environmental Pillar is a national social partner, comprising 28 national environmental organisations.  It works to promote the protection and enhancement of the environment, together with the creation of a viable economy and a just society, without compromising the viability of the planet on which we live for current and future generations of all species and ecosystems.