The authority’s National Projections Report forecasts that 13 per cent of Ireland’s
energy will come from renewable sources by 2020, three per cent short of our European
target of 16 per cent.

The report states that carbon emissions
from the energy sector – heat, electricity and transport – experienced a 1.8
per cent drop in 2018 partly due to increases in renewable energy share.

This drop, however, was mainly due
to a once-off
outage at Moneypoint power station last year which resulted in a
significant reduction in coal use for electricity generation.

Moneypoint is one of Ireland’s largest generating stations with
a total generation capacity of 915MW, making up over one-fifth of electricity
generation in 2016.

Last
December, The Green News revealed that
all three coal-fired units at ESB’s Moneypoint power station were out of action
for several two months due to a forced outage at the Co Clare facility.

No coal has been used for electricity generation in the Republic of Ireland over the past month according to the latest EirGrid data.

Ireland’s reliance on fossil fuels
for heating is reportedly one of the most significant contributors to the
shortfall in hitting our energy targets, with the country ranking 26th in the
EU for its use of renewable energy for heating.

It was also recently highlighted at a hearing of the Oireachtas
Committee on Planning that the number of houses requiring energy efficiency
retrofits is increasing as the State still allows fossil fuel boilers to be
installed in new build home.

Jim Gannon, the CEO of SEAI said
that the new findings must prompt a steadfast approach to making Ireland an
energy efficient country.

“As a country, we must continue to make
progress on energy efficiency across all sectors and rapidly increase the
adoption of renewables across heating, electricity and transport if we are serious
about reducing Ireland’s carbon emissions,” he said.

Only one of the 17 schools selected for the scheme is being assessed for possible conversion from an oil heating set-up to an air source heat pump.

Sleepwalking into a climate disaster

Commenting on the report’s findings,
the Social Democrats accused the State of significant failure in curtailing
carbon emission, adding that Ireland is “sleepwalking into a climate
disaster”.

The party’s co-leader, Catherine
Murphy TD accused Fine Gael of “shirking its responsibility” to the
planet and the country.

“Ireland’s over-reliance on
non-renewable heating is a major contributory factor to these poor
results,” she said.

“We need to see substantially increased support for offshore wind, blue energy, electric cars, and a fair level of carbon tax that penalises polluters but doesn’t push people into poverty.” 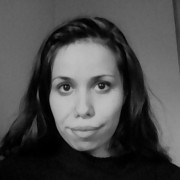