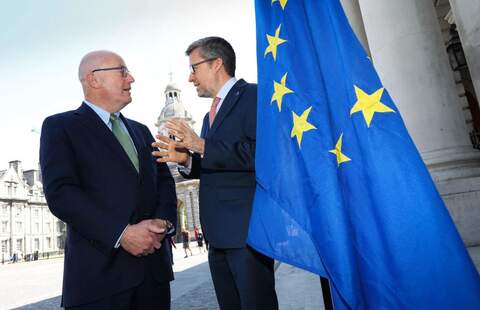 Ireland’s Chief Scientific Advisor believes fossil fuels still have a role in a low-carbon future – and there is money to be made ensuring it.

Late last year, Professor Mark Ferguson, a medical doctor and dentist with no Earth science qualifications, provoked a controversy in addressing Ireland’s parliamentary committee on climate action, when he stated: “as a scientist, I am optimistic. Climate change is a big problem and a big issue but I remind you that no crisis that was ever predicted in human history has come to pass”.