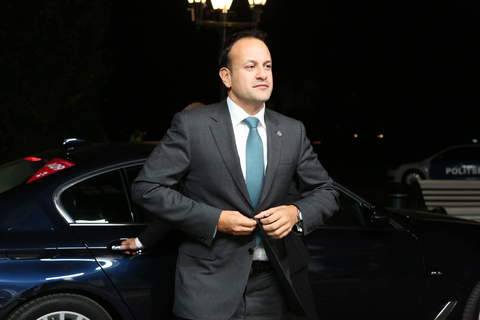 Irish prime minister, Leo Varadkar dropped a major climate clanger in Washington this week, when boasting about intervening with Irish planning authorities on behalf of Donald Trump. The incident occurred in 2014, prior to Trump’s presidential run and when Varadkar was then Irish tourism minister.

Trump phoned him in a bid to thwart plans for a wind farm to be located near his newly purchased golf resort in Doonbeg, on Ireland’s western seaboard. Varadkar then phoned the local county council and “endeavoured to do what I could do about it”, he told a lunch event in Washington this week to mark St. Patrick’s Day, Ireland’s national holiday.

Permission for a nine turbine wind farm close to Doonbeg was subsequently refused. “I am very happy to take credit for it if the president is going to offer it to me”, Varadkar said this week.