Home Science Extreme weather Life on the front line of climate change for Fiji’s women and... 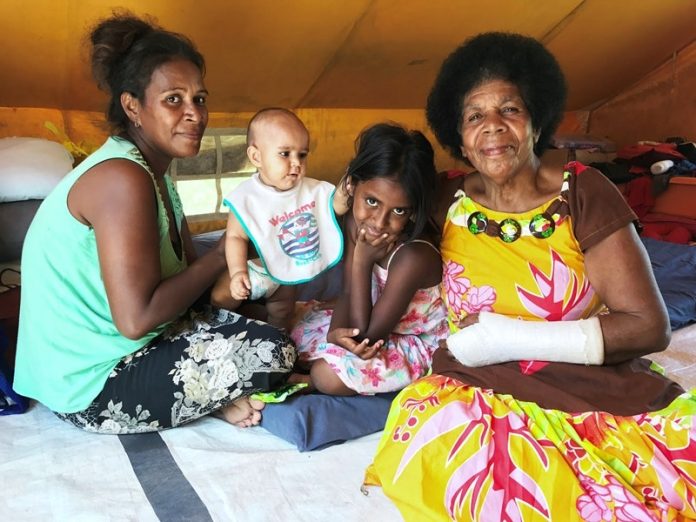 RA PROVINCE, Fiji – As the latest round of climate negotiation kicks off in Bonn, Fiji has become the first Pacific island nation to preside over the U.N. talks. It’s an appropriate host: Experts say warming ocean temperatures have led to more intense cyclones, changing weather patterns, extreme flooding and rising sea levels in the South Pacific.

Last year, the strongest cyclone in the Southern Hemisphere’s recorded history ripped through Fiji, destroying more than 30,000 homes and displacing more than 150,000 people. As with storms and floods past, Cyclone Winston took an overwhelming toll on women.

Fiji Red Cross Society’s health and care coordinator Marica Kepa says women are more vulnerable to gender-based violence in the wake of cyclones. In tents and makeshift shelters, there’s a lack of privacy and proper lighting, which makes it harder to stay safe.

Maternal health also suffered. As well as disrupting access to maternity hospitals and damaging equipment, Cyclone Winston left a lack of nutritious food for pregnant women after the cyclone. “We were eating only the tinned stuff. But when you are pregnant, you need your iron,” Kepa says. “If you don’t have that with your diet, then you need to go to the hospital.” But hospital services were also unavailable in rural areas after the disaster.

Fijian women play a critical role growing and selling vegetables, and faced enormous losses when the storm wiped out farms. “The income they earn from selling produce at the market often pays for their children’s education and their families’ day-to-day living expenses,” a report from U.N. Women Pacific found.

As Fijian president Frank Bainimarama opens negotiations in Bonn, the women and girls of Fiji are still rebuilding from the last disaster, and trying to prepare for the next. These are some of their stories.

Last year’s storm tore apart Titilia Takayawa Waqabaca’s family home. They lost everything, and all that remains of their home are some assorted metal sheets. Waqabaca says she had never witnessed such a powerful cyclone with so much rain, wind and flooding in her 67 years. 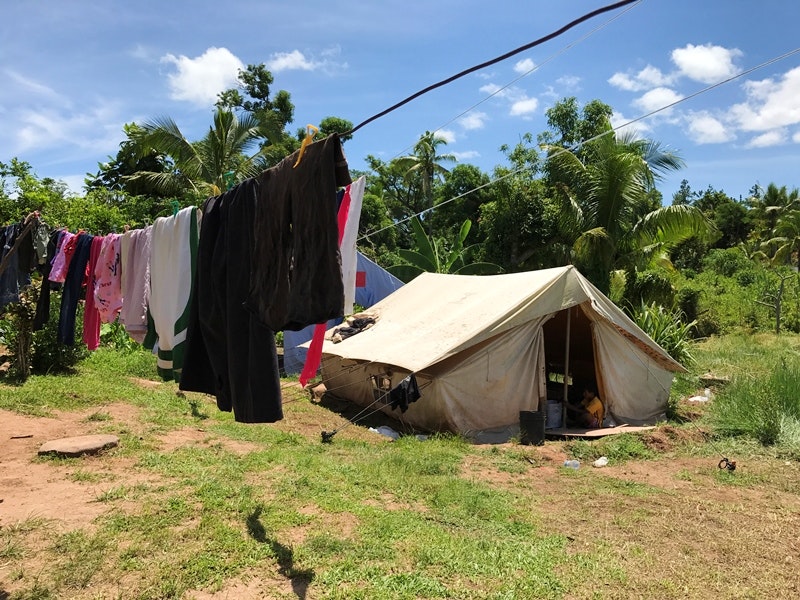 Waninoke Menani received $750 to rebuild her home. “We couldn’t do much, since it’s a small amount. It’s going to take long for us to build another house,” Menani says.
(Sonia Narang)

Extreme weather remains a constant threat, especially for women who have to care for their families. “When the rains come, the water comes in and this whole tent gets flooded,” says Waninoke Menani, 38, who is raising four children inside this tent.

“In the night, we sleep in the dark with only a candle, since we don’t have electricity,” she says. “It’s very hard. We just go one day at a time.” 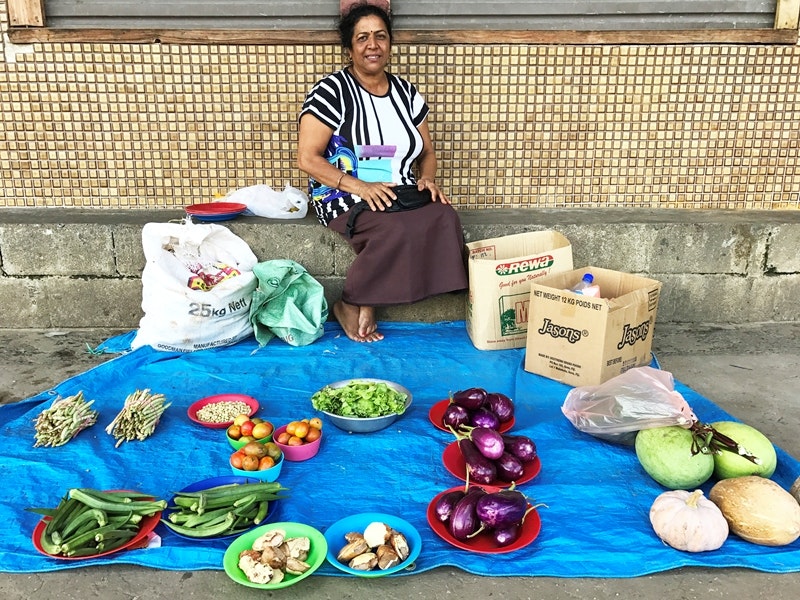 Farmer Sunila Wati, 53, brings her shrinking supply of fruits and vegetables to the market every day. (Sonia Narang)

Sunila Wati, 53, lost her entire farm when the storm hit last year, and constant rains have made it impossible to cultivate new vegetables.

“We received seeds for French beans, cucumbers and watermelon,” Wati says. “As soon as we planted them and they started growing, the floods came and swept everything away.”

She has started buying produce from other sources to sell at the market, but she barely makes a living now. “Before the cyclone, we had a good business,” Wati says. “Now we have nothing. No money. No profits. It’s very hard to survive.” 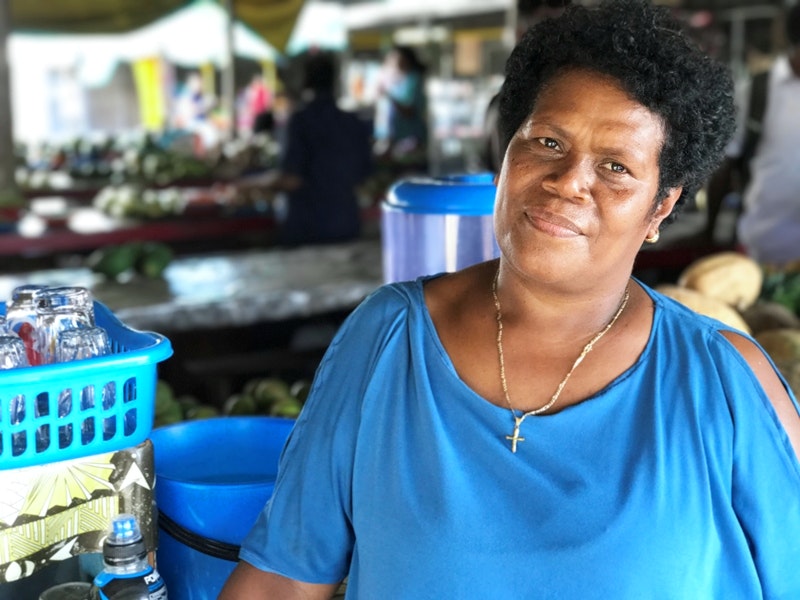 At the Tavua farmers market, some women vendors like Sesarina Naliku run their own co-op bank. They earn an interest on their savings, which they keep safely in the bank in case climate change disasters strike in the future.

Naliku’s profits went down by 50 percent after the cyclone, since she’s paying much higher prices for the products she sells. 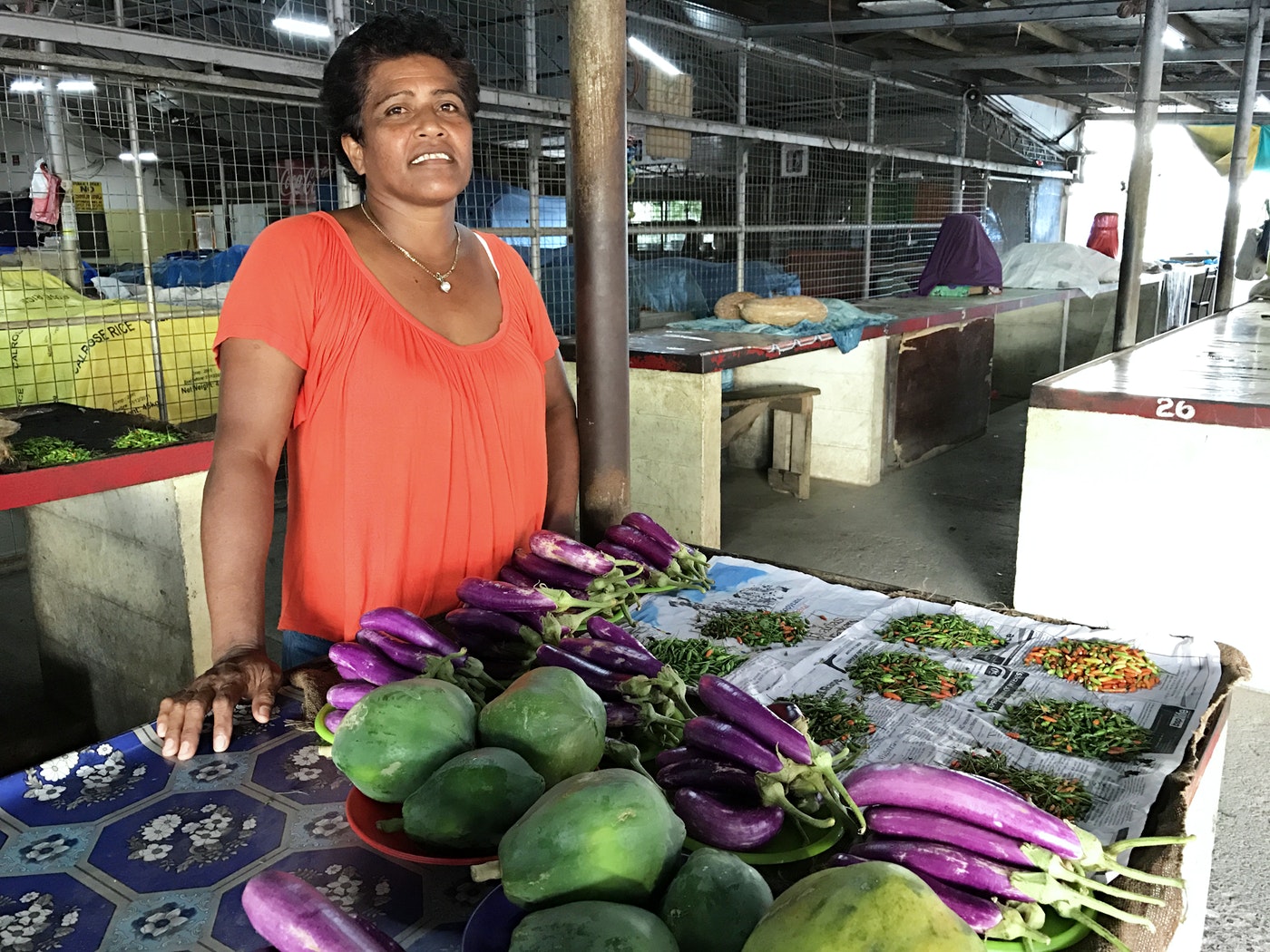 “I have to stand on my own two feet, I have to plant,” Adi Alesi Nacoba says. (Sonia Narang)

Adi Alesi Nacoba, 47, is a former policewoman turned farmer. The cyclone destroyed her home and farm, but she went back to work replanting crops, including eggplant, chili, cassava and long beans.

Nacoba separated from her husband last year, so she’s now the sole breadwinner. “I manage to do everything,” she says. “I’m like a man and a woman in the house, as the head of the family.”

Nacoba says she’s learning farming techniques and how to handle her finances from U.N. Women’s Markets for Change program. “I learned how to do the planting, where to get the seeds and how long it takes to plant a particular kind of produce that we still can plant,” she says.

Eighth-grade students attend classes in tents set up in a field next to their school, destroyed by last year’s cyclone. (Sonia Narang)

Kumar says excessive rain in recent months has delayed rebuilding efforts and made it difficult for students to get to class. “Some of the students have to cross flooded creeks to come here,” he says, which brings attendance down.

“The weather pattern here has also changed,” Kumar says. “It affects families. Crops do not grow the way they should, so there’s a lack of food.” 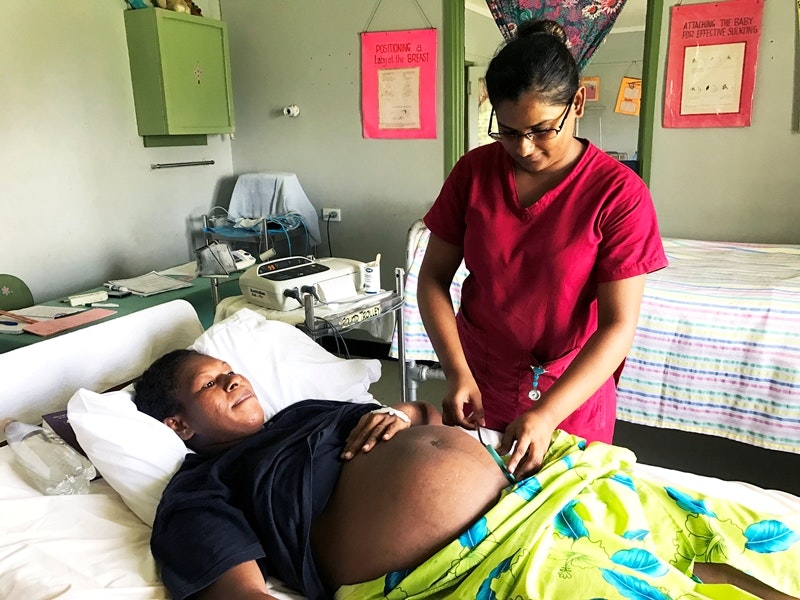 “The roads were blocked, there was no transport, homes were blown away, the majority didn’t have the money for the clinic,” maternal health nurse Jeshni Devi says. (Sonia Narang)

Jeshni Devi was the only nurse on duty at Ra Maternity Hospital when the cyclone hit last year. The storm knocked out electricity in the hospital, and Devi waited out the storm alone in the dark. Maternal health services were disrupted for weeks, as the cyclone damaged medical supplies, cut off power for ultrasound machines and other equipment, and shut down roads.

Since it’s the only maternity clinic for miles, this hospital serves rural women who live in remote, interior villages. The hospital had to discharge all patients before the cyclone hit so they could get home safely.

Sonia Narang reported in Fiji with support from the International Women’s Media Foundation.

What really happens to our unwanted clothes?