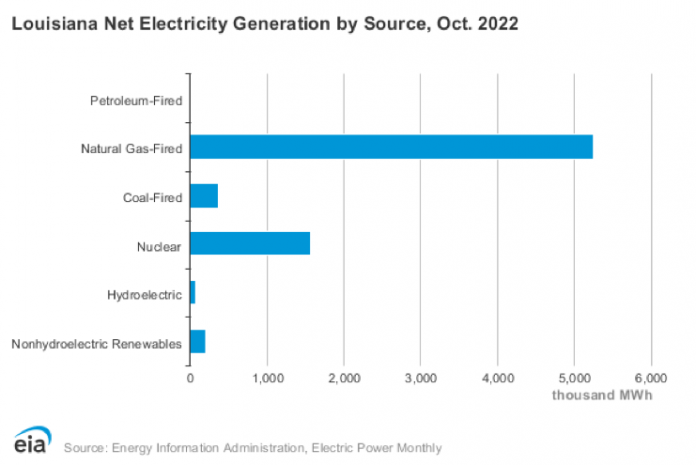 Louisiana Democratic Party leaders are accused of funneling thousands of dollars from utility companies to the campaign of a fossil fuel–friendly candidate who ran for reelection on the state’s utility regulatory committee.

Campaign finance records filed this week show that the Party received more than $90,000 in donations from utility companies, energy producers, and their executives during the elections for two Louisiana Public Service Commissioners. The same utility companies — Entergy, Cleco, and CenterPoint Energy — also donated directly to incumbent Lambert Boissiere III, whose campaign was largely sponsored by industry groups. Entergy, Cleco, and CenterPoint Energy did not respond to requests for comment for this story.

Despite these industry donations to his opponent, climate candidate Davante Lewis won the District 3 Commissioner seat, which represents parts of New Orleans and Baton Rouge. Lewis campaigned on holding utility companies, like Entergy, accountable for expensive electricity bills and lack of investment in the grid, which has led to frequent power outages during storms. He pledged to push utility companies to speed up their adoption of renewable energy in order to reduce air pollution and reduce power bills. Some Louisiana Democrats are frustrated that the Party accepted utility donations, which they say are egregious considering the state’s vulnerability to climate change.

“It’s completely baffling that the Louisiana Democratic Party says to hell with the future,” Lewis said. “This raises for me some serious questions about industry donations and campaign donations.”

About 70 percent of Louisiana’s electricity is generated with natural gas, followed by nuclear and coal, according to the U.S. Energy and Information Administration. Renewables make up less than 4 percent of electricity generation in the state. Utility companies and power producers have kept Louisiana dependent on fossil fuels, despite rising natural gas prices. The Louisiana Public Service Commission is a five-member body that sets most of the utility rates in the state, in addition to regulating water, telecommunications, and utility companies.

NextEra Energy, a power production company that donated $50,000 to the Party and $17,500 directly to Boissiere, has plans to develop a small solar project in Louisiana. But the company’s only current asset in the state is a natural gas drilling facility near Shreveport. Last year, NextEra signed an agreement to supply natural gas for Venture Global’s LNG export project in Plaquemines Parish, which is expected to begin operating in 2024. NextEra did not respond to a request for comment for this story.

NextEra has not shied away from shady political dealings in the past. The company was implicated in a ghost candidate scheme in Florida that ousted a climate advocate from state office. Entergy, which donated $10,000 to the Party and $20,000 directly to Boissiere, has fought past efforts to incentivize solar energy and used paid actors to feign support for a natural gas power plant in New Orleans. Entergy executives gave another $9,000 to the Party and $4,500 directly to Boissiere, according to campaign finance reports. Boissiere did not respond to requests to comment on this story.

Early on in the 2022 election, the Party’s executive committee endorsed Lewis alone. But Party leadership changed the rules in the middle of a Democratic State Central Committee meeting last summer to give a dual endorsement of Lewis and Boissiere. Still, campaign finance records show that the Party spent more than $30,000 on mailers and text messages that endorsed Boissiere alone.

The Party never reached out to offer the same sort of in-kind donations to Lewis, he said. Campaign finance reports show that Lewis did not receive any in-kind donations from the Party or money from utility companies. However, he did receive $8,000 from two solar companies and a $5,000 donation from the Environmental Defense Action Fund, an environmental advocacy group.

Hart is a former teacher who has taught lessons on Louisiana’s coastal land loss and vulnerability to sea level rise. She also serves on the Young Democrats of America’s Environmental Caucus. Hart thought Lewis deserved the endorsement because of his emphasis on addressing disproportionate pollution in Black communities, high electricity bills, and because he looks like her and other young Democrat voters in the state. “Davante brought up issues that just aren’t being brought up,” she said. “You have a Black man in Louisiana who is talking about it. He wasn’t afraid to say what needed to be said.”

Longtime Louisiana Democratic strategist Lynda Woolard, who worked on Lewis’s campaign, said the Party should never have taken money from known bad actors like Entergy. “It’s particularly suspicious when you’re in a cycle with a Public Service Commission race and the person who wins that race is going to have power to regulate Entergy,” she said. “That is not a donor that has previously showed up on Democratic Party reports and it’s not the kind of donor that the Democratic Party should be courting.”

Kathy Hurst, a Democratic State Central Committee representative from Lafayette, said Louisiana Democratic Party Chair Katie Bernhardt is ultimately responsible for accepting utility company and fossil fuel firm donations and for overriding the executive committee’s endorsement of Lewis. “The donation from Entergy was just money funneled in so that she could try to help sabotage Davante Lewis. For what reason, I don’t know,” Hurst said. “Her own executive committee very strongly recommended Lewis.”

Bernhardt, who did not return a request for comment, is the president of an oil and gas company that she took over after her father died and has a history of supporting candidates with ties to the fossil fuel industry. This week, a TV ad went out in the state featuring Bernhardt, alluding to a possible run for governor. The ad was sponsored by “Team Louisiana PAC,” an entity funded by New Orleans real estate developer Anthony “AP” Marullo. In 2015, Marullo made campaign contributions to Republican Louisiana Attorney General Jeff Landry, who has been endorsed by the Louisiana Republican Party in his run for governor.

Party members burned by Bernhardt are not ready to endorse her for office. “I am deeply troubled that the consideration is even being made and the Party chair hasn’t stepped down,” Lewis said. “Louisiana doesn’t need people who want to be somebody. We need candidates who want to do something.”