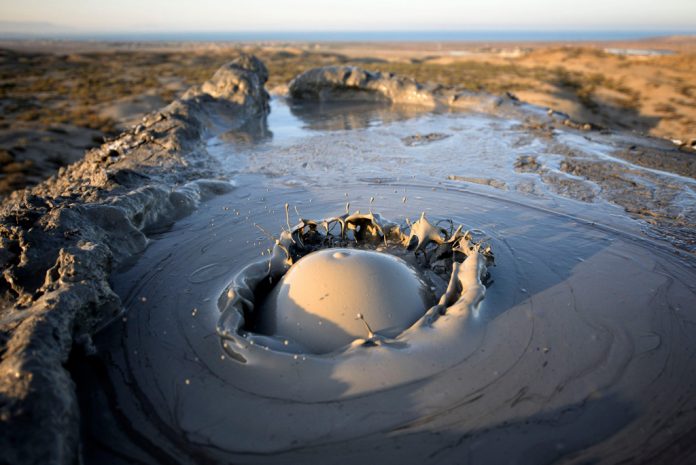 Human-caused emissions of methane from the extraction and use of fossil fuels may have been “severely underestimated”, a new study suggests.

The research indicates that “natural” emissions of fossil methane, that seeps out of deeply-held reserves, make up a much smaller fraction of total methane emissions than previously thought.

This means that the levels of fossil methane in the atmosphere are likely being driven by the methane escaping as coal, oil and natural gas are mined, drilled and transported.

The implication is that methane emissions from fossil fuels are 25-40% higher than earlier estimates suggest, the lead researcher tells Carbon Brief.

The findings indicate that “the fossil-fuel industry is likely responsible for an even larger proportion of recent climate change than we previously thought”, a scientist not involved in the study tells Carbon Brief. However, there is also “greater opportunity” to cut emissions, she says, through “fixing leaks in natural gas extraction and distribution networks”.

Methane is a potent greenhouse gas and is second only to CO2 in terms of how much it contributes to global warming.

Although more short-lived in the atmosphere than CO2, methane packs more of a warming punch – it is around 28-34 times (pdf) more powerful over a 100-year period (though there are other ways to compare methane’s warming impact with CO2).

There are two main types of methane: “biogenic”, produced from plants and animals, and “fossil”, which has been locked up underground for millions of years.

The new study, published in Nature, focuses on emissions of fossil methane. These are most commonly associated with the extraction and transport of fossil fuels – such as leaks from coal mining and flaring from oil and gas drilling – but they have “natural” sources as well.

There are four main ways that fossil methane escapes into the atmosphere naturally. These include onshore seeps (including oil and gas seeps, mud volcanoes and gas-bearing springs), submarine (offshore) seeps, “diffuse microseepage” from oil and gas-bearing sedimentary rocks, and geothermal and volcanic formations.

The new study suggests that the amount of methane being emitted in these ways has been overestimated.

Scientists can analyse the precise makeup of methane molecules to determine their likely origin. Key to this is the “fingerprint” of carbon-14 (14C) – a naturally-occurring isotope of carbon, explains lead author Dr Benjamin Hmiel, a postdoctoral associate at the University of Rochester in New York state. He tells Carbon Brief:

“Fossil sources have been isolated from the atmosphere for a very long time – millions of years. Thus, all of the 14C has undergone natural radioactive decay and there are no 14C molecules left. Alternatively, biologic sources – such as wetlands, rice agriculture, cow burps – readily exchange their carbon with the atmosphere and contain a quantity of 14C similar to that of atmospheric CO2 at the time of emission.”

So, in short, scientists know when methane originated in deeply-held fossil sources because it has no carbon-14. This is known as “14C-free methane”

For their study, the researchers collected samples of air from ice cores drilled out of Greenland and Antarctic ice sheets. The ice traps tiny bubbles of air, built up in layers with new snowfall year after year. By cutting out a cylinder of ice down through the sheet, scientists can reconstruct a timeline of the makeup of the atmosphere going back thousands of years.

The new record spans around 1750-2013, which “captures the evolution of atmospheric 14CH4 [carbon-14 held in methane] since the pre-industrial era”, the paper says. By quantifying the ratio of fossil to biogenic methane in the air samples, the researchers reconstructed the signature of 14CH4 for more than 250 years.

The lower chart shows how the 14C signature of methane emissions changed as the industrial revolution got underway. The concentration of atmospheric 14C declined as more 14C-free methane was emitted into the atmosphere.

This is “coincident with the timing of significant growth in the use of fossil fuels”, says Hmiel.

In contrast, the new record suggests that before 1870, “the quantity of natural fossil methane seepage is very small – no more than 1% of the total methane source today”, notes Hmiel.

Previous estimates put natural fossil methane emissions at around 40-60m tonnes of methane per year, the paper says. The new study finds they are more likely to be of the order of 1.6m tonnes per year, with a maximum of 5.4m tonnes per year. This suggests that natural emissions are “10 times smaller than previously thought”, says Hmiel.

The chart above takes a dramatic turn around the middle of the 20th century. This is because of a complicating factor: nuclear technology.

There are two ways that the nuclear industry has affected the amount of 14C in the atmosphere. The first was nuclear-bomb testing above ground, which began in 1945 and added a substantial quantity of 14C into the air, explains Hmeil:

“This is known as the bomb pulse, which although the testing was outlawed via international treaties in 1963,…caused a major perturbation of the amount of 14C in the atmosphere, which complicates the simple segregation of ‘fossil’ and ‘biologic’ methane due to how quickly natural 14C levels changed in the atmosphere.”

This effect can be seen in the blue line in the earlier chart, which shows a huge spike in biogenic 14CH4 in the mid-20th century.

The second influence was from nuclear power plants, says Hmiel. Beginning in the 1970s, nuclear power added “a very small, yet globally quantifiable, amount of 14CH4”, he notes:

“This perturbation alters the 14CH4 signature we measure in the atmosphere today without significantly affecting the total quantity of methane that is part of our calculation in quantifying the fossil component of the source.”

The upshot of the nuclear influences is that the new 14C record is less reliable for assessing fossil methane after the middle of the 20th century, the researchers say.

However, because the level of natural seepage only changes on very long timescales – many thousands of years or more – says Hmiel, it “is not expected to have changed over the last 250 years”.

The findings indicate that “almost all fossil methane in the atmosphere today is from anthropogenic emissions originating from the extraction and use of fossil fuels”, Hmiel says.

This suggests that previous “bottom-up” inventories – which estimate methane figures by multiplying the number of sources (such as livestock, natural gas operations and landfills) by their likely emissions – “are severely underestimating” emissions from fossil fuels, says Hmiel.

Human-caused fossil methane emissions are likely to have been underestimated by 38-58m tonnes per year, the paper concludes – equivalent to about 25-40% of recent estimates.

Other research has also suggested that bottom-up methane inventories are not fully taking into account methane emissions from oil-and-gas infrastructure. Yet, ironically, the short-lived plateau in rising atmospheric methane concentrations between the late 1990s and early 2000s (see earlier chart) has been linked to oil and gas industries in developed countries reducing “fugitive” emissions of escaping methane.

There is a positive side to this finding, says Hmiel:

“Simply put, if the emissions from anthropogenic sources are larger than we thought,  then that puts more of the emissions under our domain and agency. Whereas humanity has little control over ‘natural’ emissions as they were going to occur anyway.”

For example, he adds, if “the emissions are coming from oil-and-gas production, then by enacting regulations to force the industry to institute at least improved reporting of them – or better yet, reducing them – then we can limit the emissions of methane to the atmosphere and the warming they cause”.

“This paper is important,” says Prof Rob Jackson, professor of Earth system science at Stanford University and chair of the Global Carbon Project. Jackson, who was not involved in the study, tells Carbon Brief:

“It’s possible we’ve overestimated methane emissions from natural geologic seeps. If so, fossil-fuel activities are even worse for climate and the environment than we thought.”

However, there are still “many things” that need to be checked, he adds:

“We need more measurements at natural geologic seeps right now. We need to check the modelling and isotopic assumptions behind the paper’s conclusions, too. Both should happen quickly.”

Methane bubbles rising above a cold seep site. Methane bubbles flow in a small stream out of the sediment on an area of seafloor offshore Virginia north of Washington Canyon. Quill worms, anemones, patches of bacterial mat, pandalid shrimp, and a large red crab (Chaceon quinquedens) can be seen in and along the periphery of the seepage area. Credit: NOAA OKEANOS Explorer Program , 2013 ROV Shakedown and Field Trials

Dr Célia Sapart, a researcher at the Université Libre de Bruxelles who has previously published research on analysing natural and human-caused methane sources, says the new dataset is of “unique and of exceptional quality”.

However, mirroring the comments of Prof Jackson, she tells Carbon Brief that “partitioning between anthropogenic and natural – geological – fossil emissions remains extremely difficult” and so “denser and longer datasets” going back before 1850 would “be helpful to consolidate the quantitative conclusions of this paper in the future”.

Dr Heather Graven, a senior lecturer on the global carbon cycle at Imperial College London, says the findings indicate that “the fossil-fuel industry is likely responsible for an even larger proportion of recent climate change than we previously thought”. This means there is a “greater opportunity” to cut these emissions, she tells Carbon Brief:

“It’s critical that more effort is put into methane emissions mitigation, such as fixing leaks in natural gas extraction and distribution networks. And we need to monitor these mitigation efforts using atmospheric measurements, including measurements of radiocarbon in atmospheric methane like those made in this study.”