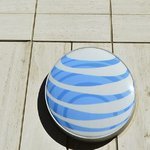 LINCOLN, Neb. — The nearly decade-long battle over Keystone XL has come to symbolize much more than what the disputed pipeline would actually be: a subterranean tube, 36 inches in diameter, carrying crude oil from Canada to Nebraska.

So when state regulators here said Monday that the project could proceed, their decision was initially seen as a hard-won validation for President Trump and the American laborer, and lamented as a grave threat to pristine farmland and the groundwater below.

But while Monday had been expected to provide a clear and final answer on Keystone XL’s future, it may have only created more uncertainty. The regulators in Nebraska rejected the pipeline company’s preferred route, approving the project only on an alternate path. TransCanada, the pipeline company, later issued a short statement that did not say whether it would move forward with construction, leaving people on both sides of the issue unsure of how to react.

“They do not get their preferred route, the route that we have been fighting in courts over for eight years,” Jane Kleeb, the longtime leader of Nebraska’s anti-pipeline efforts, said of TransCanada. “What is wrong — and what we will continue to fight — is that this pipeline is still on the table.”

Over the course of two presidencies, Democrats and environmentalists have stood against the pipeline at every turn, making it a potent emblem of a broader battle to stave off climate change and protect drinking water, an effort that included the mobilization of thousands of protesters last year to oppose a different pipeline in North Dakota.

Just as persistently, Republicans, business groups and labor unions have long pressed the Keystone XL proposal as a proxy for wider goals of creating jobs and expanding the energy sector. Some of them saw Monday’s decision as a boost for those efforts.

Tim Huelskamp, a former Republican congressman from Kansas now working for the Heartland Institute, a conservative group, released a statement calling the approval a sign that “no longer do fake environmental concerns hold up projects such as these.”

Karen Harbert, an official with the United States Chamber of Commerce, said she was “pleased that the project has cleared this final hurdle” but that TransCanada still needed to decide whether to move forward.

“This industry is a very practical industry, and they have learned over time that it’s not necessarily in your best interest to take a big victory lap knowing that the path forward is still fraught with problems,” Ms. Harbert said. If TransCanada is “going to give the greenlight to this, they’ve got to make sure they’ve got a pathway there to actually build it and operate it.”

TransCanada officials declined an interview request. The company’s president, Russ Girling, said in a statement that it would “conduct a careful review” and assess “how the decision would impact the cost and schedule of the project.”

Monday’s decision was hardly the first time that Nebraska, a conservative state with an independent streak, has muddied the prospects of Keystone XL, which would run more than 1,100 miles from Alberta, Canada, to southern Nebraska and connect there with existing pipelines. Permits and land-use easements had long been in place along the pipeline’s route through Canada, Montana and South Dakota, leaving Nebraska as the last major obstacle to construction.

In 2011, an uproar led TransCanada to reroute its proposed path around the state’s ecologically sensitive Sandhills. Later, President Barack Obama used a case pending before the Nebraska Supreme Court as a reason to delay deciding on a federal permit. Mr. Obama later rejected that permit, citing climate change, but Nebraska opponents remobilized this year when Mr. Trump resurrected the project.

In recent days, with the Nebraska decision looming, many of Keystone XL’s opponents here pointed to a spill last week of 210,000 gallons of oil from another TransCanada pipeline in South Dakota as a grim example of what was at stake.

“They’re going to rape and pillage our soil,” said Art Tanderup, whose farm near Neligh, Neb., is along the approved route, and who once hosted an anti-pipeline concert on his land featuring Willie Nelson. “We will do everything in our power to make sure it doesn’t happen.”

But supporters of the project have long touted its economic benefits, and seemed to win over the majority of the Nebraska Public Service Commission, the regulatory board that voted 3-2 to approve the alternate route.

The three commissioners who voted to approve the permit, all Republicans, said in a written opinion that they were very cognizant of the “impacts to the natural resources of the state,” but that there was “no utopian option” and that building the pipeline would bring needed tax revenue to rural governments.

The approved route enters Nebraska at the same spot and leads to the same end point as the company’s preferred option. But in between, the alternate route veers east to follow the path of an existing pipeline, a switch that regulators say could make emergency responses to either pipeline more efficient.

Opponents of the Keystone XL pipeline, including many farmers and ranchers, had packed the small hearing room on Monday for the announcement. When the vote was tallied, some landowners learned that their land would no longer be on the pipeline route and voiced relief. Others discovered that a path through their property had been approved.

Even before the decision, some questioned whether there would still be enough interest among oil shippers to support the pipeline. But TransCanada reiterated its support of the project in early November. “We anticipate commercial support for the project to be substantially similar to that which existed when we first applied for a Keystone XL pipeline permit,” a company statement said.

But now the company must consider the new route, the potential for new legal challenges and a different political landscape.

Last year, thousands of protesters gathered near the Standing Rock Sioux reservation to protest the Dakota Access oil pipeline’s path through North Dakota, at times clashing with law enforcement. Since then, smaller demonstrations have targeted pipeline projects in Minnesota, Wisconsin and Texas. Activists have vowed to assemble again if construction ever begins on Keystone XL.

“One thing we’ve learned through this whole process is we take our victories as we can get them, no matter how big or how small,” Randy Thompson, a Nebraska rancher who has been among the most visible pipeline opponents, said on Monday. “And this today is another victory for us because the damn pipe is not in the ground, and they said 10 years ago they were going to have it in the ground.”