Home News Inside Climate News New Climate Change Calculations Could Buy the Earth Some Time — if...

A group of scientists says humans could have more time than previously thought to avoid a “dangerous” level of global warming. They recalculated the global carbon budget and say keeping warming under 1.5 degrees Celsius (2.7 degrees Fahrenheit) — the ambitious goal cited in the 2015 Paris climate agreement — is still achievable. 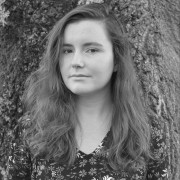