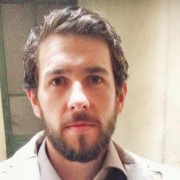 Work on a new locally-led Hen Harrier scheme is to be rolled out immediately according to the Minister for Agriculture, Food and the Marine, Michael Creed.

The scheme will be introduced as a pilot project as part of Ireland’s Rural Development Programme. It is aimed at farmers with designated land and will provide farmers with an additional income stream.

Hen Harrier Project Ltd, a consortium of conservationists, agricultural advisors and environmental scientists, has been chosen to design and deliver the new scheme following a competitive tender process.

The consortium is led by Fergal Monaghan, an experienced farm advisor. He will work alongside the Golden Eagle Trust and an extensive team of raptor specialists, fieldworkers and farm advisors.

The hen harrier breeds in the uplands and bogs of Ireland before settling in more coastal and lowland areas throughout Ireland over winter.  A medium-sized raptor with a wide wingspan, the harrier is currently Amber-listed due to a decline in the breeding population.

Mr Creed said that he was delighted that his Department can now move forward with the scheme which seeks to save one of Ireland’s most endangered birds. The project will create sustainable farming systems that work for both the farmers and the bird, and bring extra income to the areas concerned, he added.

“I am looking forward to seeing the new scheme in place as soon as possible. This scheme is targeted specifically at farmers with designated land and should provide farmers in those areas with an important additional income stream on top of GLAS and GLAS plus,” the Minister said.

The National Parks and Wildlife Service will also help guide and support the project.