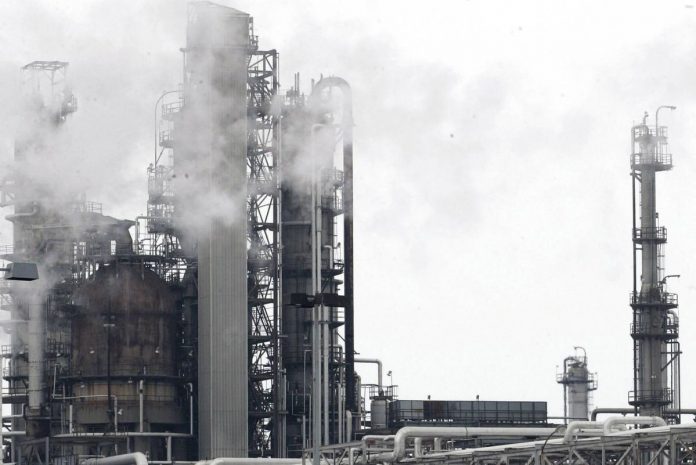 The country’s fossil-fuel consumption will peak before 2020, but new policies and “disruptive” technologies will be needed to reduce that demand sufficiently to achieve Ottawa’s emissions-reduction targets, the NEB said in its annual outlook on Canada’s energy future.

“From the fossil-fuel projections, you can see those goals are not met,” the board’s chief economist, Shelley Milutinovic, said in an interview. “So more needs to be done to get to where people are targeting.”

The NEB report comes as the Liberal government is committed to transitioning Canada to a low-carbon-energy economy and the board suggests that speeding up the transition will require far more ambitious policies than federal or provincial governments have announced to date.

Higher carbon prices and the adoption of new technology would not come at the expense of economic growth, the NEB report concludes. A steady increase in carbon prices would shave only 0.2 per cent off economic activity in 2040 compared with where it would be if no new policies were adopted, the board said.

The NEB economist stressed that the report is not a forecast, but a projection of future trends based on a set of assumptions about energy prices, climate policies and technology changes.

The NEB looked at a reference case that includes policies announced to date, including federal and provincial carbon-price plans. Another scenario assessed the impacts if governments were to increase carbon prices to $90 a tonne in 2030 and to $140 by 2040, while the current Liberal plan will boost carbon prices to $50 a tonne by 2022. A third case included higher carbon prices as well as the impact of some key technologies such as an accelerated rate of purchase for electric cars and the deployment of carbon capture and storage.

On crude production, the NEB said Canada’s output would grow under each of those scenarios, driven largely by in situ production in the oil sands. However, the pace of growth slows after 2020, when a number of projects now under way are completed and climate-related policies would have a significant impact on production volumes.

In the analysis, the board economists assume sufficient pipeline capacity will be built to move expanding crude volumes to markets; a previous NEB report concluded crude output in 2040 would be 10 per cent lower than expected if producers had to resort to more expensive rail for transport.

Ms. Milutinovic said that, despite higher production, GHG emissions from the oil sands producers would not exceed the 100-megatonne cap set by Alberta’s NDP government, assuming the industry has some success at reducing its carbon intensity.

On the electricity side, the NEB projects renewable energy will grow quickly, with wind capacity doubling and solar more than tripling. But higher carbon prices and technology changes would spur even greater growth. In its high-carbon-price/technology case, the NEB sees wind and solar accounting for 27 per cent of the country’s electricity capacity in 2040, up from just 15 per cent in 2015.

Federal and provincial governments are aiming to reduce fossil-fuel demand in transportation as well as in home heating and industrial applications. With current policies, the country’s consumption of fossil fuels would peak in 2019 but remain relatively flat in the next two decades, leaving that demand 4 per cent higher in 2040 than in 2016, the NEB said.

With a steadily rising carbon price, fossil-fuel demand in Canada would be 4 per cent lower in 2040 versus 2016 levels, while the new technology considered by NEB analysts would cut consumption by 9 per cent. That’s still a far cry from the deep reductions in fossil-fuel consumption envisioned by the Paris climate-change accord, which the federal Liberal government signed two years ago.

“To go further, it will require changes in technology, in policy, in behaviour of individual and firms – there are so many things that drive the consumption of fossil fuels,” Ms. Milutniovic said.