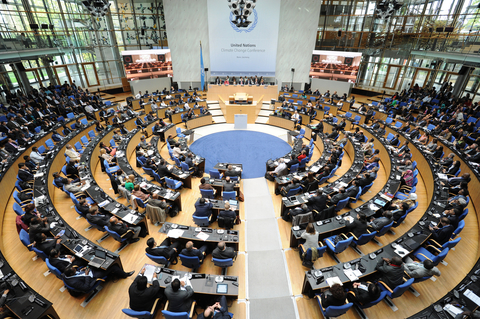 When it comes to the fossil fuel industry participating in UN climate negotiations, it’s clear there is a conflict of interest – and demands for this to end are nothing new. But after fierce resistance to this idea during talks in Bonn last week from the EU, US and Australia, more needs to be done, argues Pascoe Sabido of Corporate Europe Observatory. With just six months to go before November’s COP23 climate negotiations, calls for big polluters to be excluded from the talks are growing.

Last May at the same ‘intersessional’ climate talks in Bonn, a group of countries representing more than 70 percent of the world’s population insisted on adding a conflict of interest provision in the negotiating text. It almost made it, were it not for an underhand move by the European Union and the USA which saw it removed.

Pulling the strings behind such moves: the world’s largest fossil fuel companies.