The Joint Oireachtas Committee on the Environment and Climate Action has been holding hearings recently all around energy challenges we currently face.

Yesterday, the Committee heard from the Commission for the Regulations of Utilities (CRU), Friends of the Earth Ireland and Global Witness – and there were a number of key takeaways.

(A quick note – if you tuned into the hearing itself at any point, you probably heard a lot about Ireland’s energy security. We’re going to do some reading up and ringing around about it and will hopefully bring you a piece on that ASAP. But in the meantime, keep reading).

Having more gas infrastructure is going to be costly.

As the ongoing Russian invasion of Ukraine continues to tragically unfold, EU leaders the bloc over are rethinking and reworking their approach to gas.

As a whole, the region is highly dependent on piped Russian gas and a few weeks ago the European Commission said its goal is to reduce that dependence by two-thirds within a year.

Which has led us to renewed discourse around importing Liquified Natural Gas (LNG).

To date, our electricity mix is predominantly made up of gas and wind. According to the Sustainable Energy Authority of Ireland (SEAI), gas supplies just about half of our electricity generation. It’s also used to heat homes, particularly in urban areas, and it’s a key component of synthetic fertilisers in agriculture.

CRU representatives were arguing before the Committee that LNG would be needed in order to secure Ireland’s energy going forward. They also noted that it would diversify supply and guarantee continuity in case there was a disruption with another supply source.

They pointed to Germany as an example, who currently see an uptick in LNG imports and terminals as a temporary measure and plan on adapting the latter to be used for hydrogen in years to come.

However, Tara Connolly of Global Witness challenged their take, and stressed that building these types of terminals is expensive and the fuel it uses, staying on its current trajectory, will be incredibly costly for consumers.

Ms. Connolly also made the point that most gas terminals operate on a 20 year contract, which would run a high risk of locking-in emissions for decades to come.

Jerry Mac Evilly, Head of Policy of Friends of the Earth Ireland, also pointed out that it would be hard to imagine a situation where significant gas infrastructure is built and there isn’t pressure to use it for years to come due to the capital investment.

He continued to stress throughout the session that we need to start reducing gas demand immediately in line with binding climate obligations – which brings us to our next key takeaway.

Mr. MacEvilly pointed to energy efficiency measures, like retrofitting, as a sure-fire way to start these reductions of gas in Ireland in the very near-term.

Many homes across the country are dependent on a gas boiler to keep their homes warm. But by upping their Building Energy Rating (BER) through shallow and deep retrofits, residents will require less gas as the house will retain heat more efficiently.

That would lower emissions and strengthen energy security by chipping away at the sheer amount of gas Ireland would need for consumption.

We’ve got to expand our grid – and fast.

If you’re familiar with already-committed-to actions the Government has laid out to address the climate crisis, you’ve probably read a lot about electric vehicles and heat pumps.

Both are seen as critical instruments in decarbonisation, and both are electrified solutions, meaning they’ll have to come on our national grid in order to be operational.

However, as the CRU repeatedly pointed out, our grid isn’t currently ready to handle that.

We’ll need to expand it to be able to connect electric modes of transport and electrified heating systems, and we’ll need to move on that quickly if we’re going to meet our decarbonisation targets.

There’s a need for a green hydrogen strategy.

We mentioned hydrogen earlier on, and it’s a term that’s getting more and more public mileage these days.

We’ve covered it a couple times here at Green News, but a quick rundown if you’re not familiar with it. Through electrolysis, you can separate the components of water – hydrogen and oxygen – and use the former as an energy source. However, you need fuel to power that process – and that’s where the use of hydrogen runs into problems.

As Tara Connolly pointed out at the Committee, 99 per cent of European hydrogen used today was electrolysed using fossil fuels. So while the end product of hydrogen might be good for the climate, how it came to be certainly wasn’t.

In order to produce hydrogen sustainably, you’ve got to use renewables (like solar or wind) to power the electrolysis. That is something you’ll hear referred to as “green hydrogen”.

That last term came up repeatedly throughout yesterday’s session – and while there’s great excitement around it, particularly when it comes to the harder-to-decarbonise areas, there was growing agreement that a strategy for its development is badly needed.

And finally – towards the latter end of the Committee session, we got onto data centres.

These essentially are buildings that house parts of the internet, and Ireland currently has 70 operational data centres. As you might have read, Dublin is now the largest hub for them in Europe.

And their presence is projected to grow even more. A report from EirGrid found that by the end of the decade, these industrial structures could be using up to a third of the national grid’s capacity. If more continue to come online, electricity demand in Ireland will ultimately grow as a result, and that needs to be powered by a fuel source.

Social Democrats TD Jennifer Whitmore put the problem of their expansion to the CRU, and noted that some of them are looking to have on-site gas generation to meet their guzzling electricity needs.

In response, the CRU said that mandatory demand control will be put on data centres in order to prevent interruptions to the grid as a whole.


Blue hydrogen is often touted as a low-carbon energy source, and has recently been flagged by some about as a Read more


What’s the deal with the EU hydrogen energy strategy? 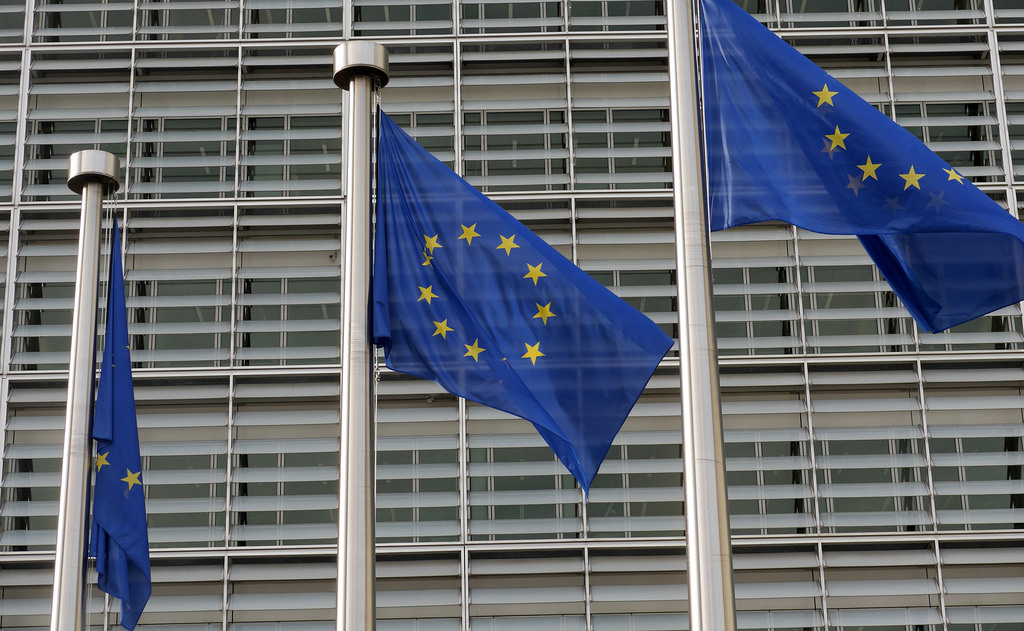 28 July 2020  Earlier this month, the European Union announced its Hydrogen Strategy. It was both welcomed and criticised the Read more

October 4th, 2019 Irish MEPs have been told by the European Commission to air any concerns over the proposed Shannon Read more