Home News The hottest summer most Americans have ever lived through

An 85-year-old record for summer heat set during the Dust Bowl has met its match. In 2021, the contiguous U.S. had its warmest meteorological summer (June-August) on record, according to NOAA’s National Centers for Environmental Information (NCEI). Records going back to 1895 show the 48-state summer average of 74.01°F in 2021 came in just ahead of the summer of 74.00°F recorded in 1936. The margin of 0.01°F is close enough to be considered a statistical tie.

The record is especially noteworthy because many dismissive of climate-change science have trumpeted the heat of the 1930s in their efforts to downplay the importance of recent human-caused climate change in the United States. Doubters have long cited the full-year (not just the summer average) national heat record of 1934 even after it was beaten out in 1988. Since then, six years in the contiguous U.S. have ended up even warmer than either 1934 or 1988.

Figure 1. Average temperatures for the 48 states of the contiguous U.S. for summer (June through August) in records extending from 1895 to 2021. U.S summers have warmed by about 1.5°F over the past 125 years. (Image credit: NOAA/NCEI)

The 1930s were a notoriously scorching decade when many states recorded all-time highs and dust storms ravaged the Great Plains. Multiple studies have found that the extreme U.S. heat of the 1930s was likely the result of naturally occurring drought apparently triggered by warm sea surface temperatures in the North Atlantic, with the resulting surface heat exacerbated by the bare, over-plowed soil of the Great Plains.

Land management practices have averted any recurrence of Dust Bowl conditions ­– perhaps with an assist from ever-more-dense plantings in the Corn Belt that have exerted a cooling and moistening effect on summers in that region. Yet we’ve now had a 48-state summer just as hot as 1936’s, and perhaps a shade hotter. 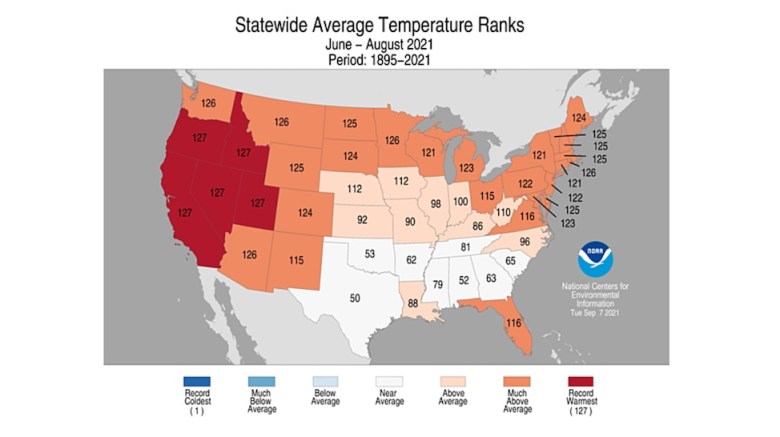 Figure 2. Rankings of summer 2021 temperature (June-August) in each state compared to the past 127 years of recordkeeping. (Image credit: NOAA/NCEI)

The core of this summer’s U.S. heat was located west of the Continental Divide and across the northern tier of states into New England. Five states had their hottest summer on record – California, Idaho, Nevada, Oregon, and Utah – and 21 other states had a top-ten-hottest summer. 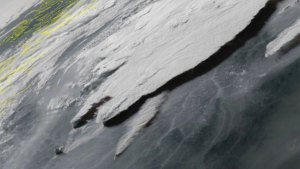 Across the summer as a whole, the most relentless heat in the U.S. West was focused east of the coastal towns and cities, thus affecting only a minority of the region’s population. The horrific exception, of course, was the catastrophic heat wave that struck western Washington, Oregon, and British Columbia, pushing temperatures to a mind-boggling 108°F in Seattle and 116°F in Portland, both on June 28. Early estimates showed more than 600 “excess deaths” in Washington and Oregon and more than 400 in British Columbia; it will take months more to determine a more precise death toll. 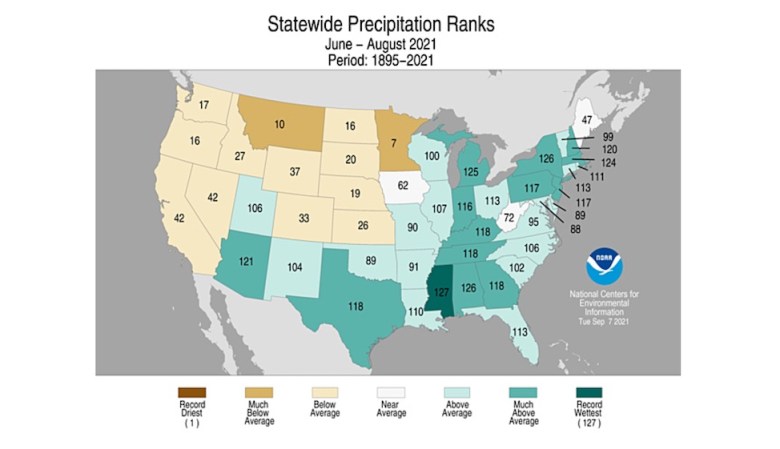 Figure 3. Rankings of summer 2021 precipitation (June-August) in each state compared to the past 127 years of recordkeeping. (Image credit: NOAA/NCEI)

A fierce drought in the West gets nipped by a welcome monsoon, but dire long-term situation ahead

Widespread drought across the western half of the contiguous U.S. was tempered in late summer by a strong North American Monsoon that brought drenching, much-needed rains to parts of the Southwest. Arizona ended up with its seventh wettest summer on record, and New Mexico and Utah both placed in the wettest fifth of all summers since 1895. Further east, Mississippi had its wettest summer on record, and eight other states east of the Mississippi, plus Texas, had a top-10 wettest summer. The only two states to have a top-10 driest summer were Minnesota and Montana.

Despite the generous monsoon rains, a severe long-term water deficit remains across the Southwest – the result of a 22-year drought punctuated by only brief periods of relief. Rising temperatures associated with human-produced climate change have worsened the situation by increasing the rate of evaporation from the landscape, including mountain snowpack, a crucial source of water. In August, the federal government declared a water shortage at Lake Mead for the first time in the reservoir’s 80-plus year history. The declaration will reduce the amount of water available to users in several states. 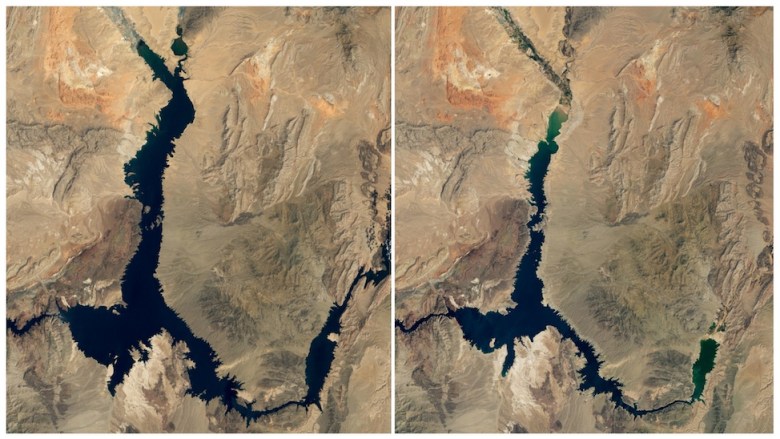 The summer of 2021 was dimmed by wildfire smoke that spread across vast swaths of the nation, extending into September in many areas. Wildfires were particularly intense in the record-heat areas of northeast California, eastern Oregon, and eastern Washington. The Dixie Fire, which was threatening Lassen Volcanic National Park on September 8, is already the second largest fire or fire complex in modern California records, affecting more than 927,000 acres and torching more than 1200 structures.

Perhaps surprisingly, as of September 9, the nation’s year-to-date fire coverage – 5,165,103 acres – is the fourth lowest in the 11 years since 2011, according to the National Interagency Fire Center.

Figure 5. Rankings of summer 2021 temperature (June-August) in each U.S. county for average daily minimums (left) and average daily maximums (right) compared to the past 127 years of recordkeeping. (Image credit: NOAA/NCEI)

Wet conditions that prevailed across the South kept nighttime lows unusually warm but daytime highs cooler than average in most areas. Average daily highs were among the coolest third on record from Oklahoma and Texas east to South Carolina, but in the hottest third on record across the West, Northern Plains, and Upper Midwest, and from the mid-Atlantic to New England.

Average daily lows were in the top fifth of all summers on record for every contiguous state except Oklahoma and Kansas.