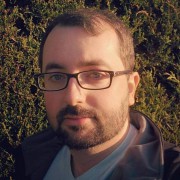 The ‘Living Land’ Campaign was established with the goal of reforming the Common Agricultural Policy. The campaign was started by BirdLife Europe & Central Asia, the European Environmental Bureau (EEB) and WWF EU, but its vision goes far beyond environmental issues. Europe’s food and farming system needs fundamental reform and ‘Living Land’ seeks to enrich the debate around the European Commission’s Public Consultation on CAP. Essentially, the campaign is about contributing to progressive farming.

Take Action and Say Yes to the Living Land Campaign

Contribute to the Public Consultation

Is the Food & Farming system broken?

At the various stages between field and fork, there are currently many activities and practices that have very demanding consequences: economic impacts for farmers who are receiving less and less money for their products; social impacts for shrinking rural communities; and health impacts for people who need to eat better food and drink better water.

All of this is without even considering the environmental impacts of intensive farming that range from climate change to widespread loss of wildlife caused by habitat destruction, water and air pollution and soil degradation.

CAP the key to fixing our broken food system

The biggest driver behind our food system here in Europe is the EU’s Common Agriculture Policy. As it currently stands, CAP is making our socio-economic, health and environmental problems worse by perpetuating unsustainable practices. This could be easily corrected with smarter policies.

A reformed CAP could ensure prosperity for a new generation of empowered, nature-friendly farmers. It should ensure that farmers are rewarded for keeping our landscapes green, home to thriving wildlife, and our water and air clean. Furthermore, it should help renew rural areas by bringing new people into farming and it should provide all Europeans with the nutritious, safe and tasty food that we need for a healthy balanced diet.

What are the problems with the Irish countryside?

The bottom line – A Window of Opportunity

Evidence shows that recent reforms have failed to make CAP more sustainable and environmentally friendly. Even the European Commission has been forced to admit that the CAP has become outdated.

The Public Consultation is open from 2 February – 2 May, 2017. There is only one week left to take the online public questionnaire to be filled out by both citizens and stakeholders. The results of the questionnaire will contribute directly to the Commission’s Impact Assessment on the current CAP. Together with further discussions, evidence gathering and lobbying this will lead to legislative proposals for the next CAP being produced by the Commission. The public consultation is a window of opportunity for consumers, environmentalists, progressive farmers, food and health experts, animal welfare campaigners and others to make our voices heard.