Home Science Extreme weather The other terrible thing Donald Trump did yesterday, you know, besides the... 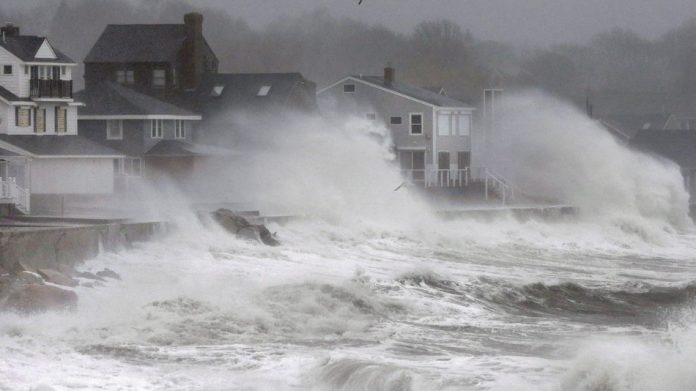 There’s an important rule to live by in covering the Trump administration, which tends to set off multiple dumpster fires every day: Pay attention to what the president and his team do, not just what they say.

On Tuesday, the President Donald Trump hosted a now historic press conference in which he aligned himself with racist and extremist elements on the far right, including hate groups, white supremacists, and neo-Nazi organizations.

His words were of enormous importance for understanding this presidency and its place in history.

But there was something else that Trump did yesterday that may also have far-reaching consequences.

Trump’s now infamous press conference that quickly went off the rails was not planned to be about the events of Charlottesville — it was supposed to be about an executive order on infrastructure planning that Trump signed on Tuesday afternoon.

In a 28-word section, that order sets the country up for a string of costly, and potentially deadly, climate change-related flood disasters.

The executive order seeks to streamline the environmental review process for new infrastructure projects such as roads, bridges, tunnels, highways, and more. It’s based on the administration’s view that bureaucratic roadblocks (ahem), rather than, say, a lack of federal and private investment, is what is causing this country to have what Trump called a “third world” infrastructure.

Trump will end up overseeing boondoggles that will be washed away by the next hurricane that sweeps ashore with an ever-rising tide.

As part of the order, Trump rescinded Obama administration guidance that called for federal agencies to consider the impacts of climate change when building infrastructure and backing mortgages of homes located in floodplains.

This means that the government will now be free to contribute money to construction projects along the coasts without considering the impacts of sea level rise, or in inland areas without taking into account the changing frequency of major floods.

In other words, rescinding the order is a recipe for disaster. Instead of building roads and runways to last, Trump will end up overseeing boondoggles that will be washed away by the next hurricane that sweeps ashore with an ever-rising tide.

The Obama administration’s 2015 order marked a major shift in how the federal government oversaw project planning, since agencies previously relied solely on historical flood data when specifying flood plain locations and coastal flood frequency. The change garnered little controversy, and received no organized pushback from Republicans at the time. 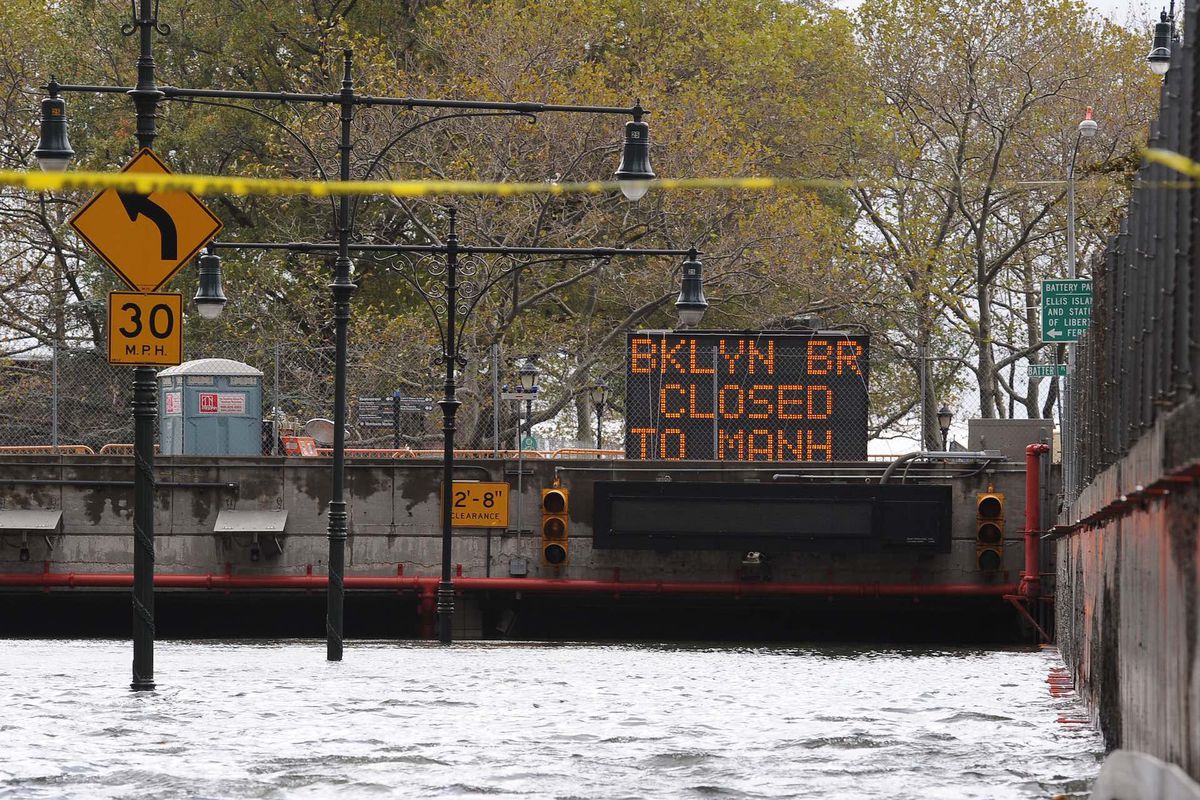 But by causing sea levels to rise and heavy precipitation events to become more frequent and severe, climate change is altering the return periods of major flood events, be they the record storm surge from Hurricane Sandy that paralyzed coastal New Jersey and New York City in 2012, or the New Orleans flood disaster earlier this month.

“This is climate science denial at its most dangerous”

According to one study published in 2016, anywhere from 4.3 to 13.1 million people in the coastal United States will be at risk of inundation due to sea level rise by 2100. That study, as well as others, found that the southeastern U.S. is a hotspot for sea level rise-related inundation risks, in part because population growth is high in coastal areas there.

That is also a part of the country that voted heavily in favor of President Trump.

A report from Climate Central, a nonpartisan climate research group, found that there is $145 billion in property value lying less than 3 feet above the high tide line in Florida, including 300,000 homes. As far as specific infrastructure goes, the state has a staggering 2,555 miles of road below 3 feet, as well as 35 public schools, one power plant, and 978 EPA-listed sites such as hazardous waste dumps and sewage plants.

Floods are already the most common natural disaster in the U.S., costing more than $260 billion in flood-related damages between 1980 to 2013, according to the Federal Emergency Management Agency (FEMA).

Environmental groups and even some conservatives denounced the regulatory rollback on Tuesday.

“This is climate science denial at its most dangerous, as Trump is putting vulnerable communities, federal employees, and families at risk by throwing out any guarantee that our infrastructure will be safe,” said Sierra Club executive director Michael Brune, in a statement.

There is one caveat to the order, though, which is that it will allow states to enforce stricter infrastructure permitting standards that do take climate change into account. But many states, like Florida, are led by governors that are also climate deniers.

Trump wants to be remembered for building beautiful bridges, buildings, roads, airports, and more. But he may well become known as the president who got a few things built, and then quickly washed away, thanks to his head-in-the-sand approach to climate change. 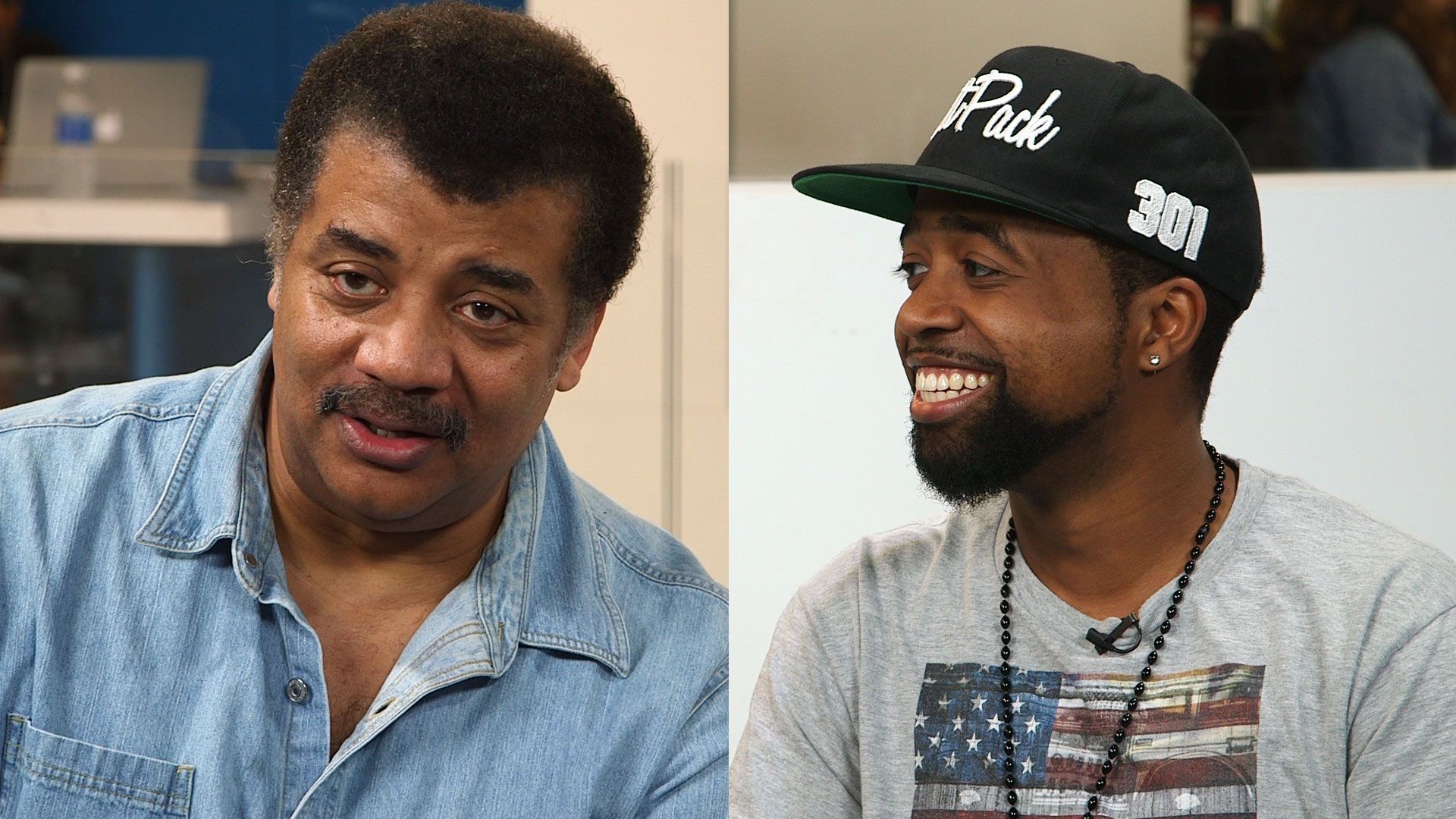